By: Money Morning
There's no sugarcoating it: Biotech stocks have had a rough run in the past month. But when other investors are running for the hills, Money Morning experts are finding profit plays. With biotech stocks trading lower, there are excellent buy-in opportunities on valuable biotech companies. Orphan drugs offer some of the best profit plays in biotech as the have extremely lucrative markets cornered. The post Three Orphan Drug Stocks to Buy When the Biotech Market Is Down appeared first on Money Morning - Only the News You Can Profit From .

There's no sugarcoating it: Biotech stocks have had a rough run recently. The iShares Nasdaq Biotechnology Index (Nasdaq: IBB) has slipped 12% in the last month.

But that doesn't mean there aren't quality drug stocks to buy now... 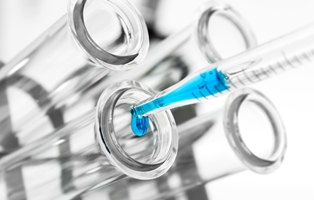 "What's happening is investors have gotten nervous," Money Morning's BioScience Investment Specialist Ernie Tremblay said. "They're not sure of the high valuations they have assigned to these young companies. They're questioning their own judgment. And in a moment of somewhat panicky behavior, they're selling their uncertainty."

And investors leaving the biotech sector now will miss out on profits when the market inevitably turns back around.

"Eventually, the market will wake up and come to realize that high valuation is healthy for the bioscience sector, that it sustains research and brings exciting new medicines to patients who need them," Tremblay said. "And the current trend will reverse direction powerfully."

When the biotech market "wakes up" like Tremblay says, there will be huge profits to be made. And one particular area is full of good stocks to buy now...

Orphan Drug Makers Are Among the Best Stocks to Buy Now

By definition, "orphan drugs" treat diseases that affect fewer than 200,000 people in the United States.

For years, drug companies avoided developing treatments for rare maladies, as the market size was so small. Things changed in 1983, when the United States passed the Orphan Drug Act and began granting orphan drugs seven years of market exclusivity, compared to the five years of exclusivity traditional drugs get.

Because these diseases are so rare, orphan drugs can be incredibly expensive. Some orphan drugs cost more than $200,000 per person, per year.

Not surprisingly, Alexion projects it will bring in $2 billion in revenue from Soliris alone in 2014.

Biotech Stocks to Buy Now to Profit From Orphan Drugs

Alexion Pharmaceuticals Inc. (Nasdaq: ALXN) as mentioned, expects to generate $2 billion from Soliris in 2014. Soliris is the first and only drug in the world approved to treat paroxysmal nocturnal hemoglobinuria (PNH) and atypical hemolytic uremic syndrome (aHUS). So Soliris actually has the market cornered on two ultra-rare, life-threatening diseases.

Currently, Alexion has nine different drugs that are going through the long Food and Drug Administration (FDA) approval process. According to Tremblay, a deep product pipeline is a must-have when deciding which biotech stocks to buy.

The disease currently affects about 2,000 people in the United States, but the drug costs approximately $250,000 per year, per person. While it is currently the only treatment for HoFH on the market, company ISIS Pharmaceuticals Inc. (Nasdaq: ISIS) is working on a rival treatment that will soon join the competition. However, Juxtapid has fewer side effects and is administered orally, while ISIS's treatment works through injection.

Celgene Corp. (Nasdaq: CELG) is a third play in the orphan drug market and is mostly known for its drug Revlimid.

Revlimid treats multiple ailments, including anemia, multiple myeloma, and the rare cancer mantle cell lymphoma. In the fourth quarter of 2013, CELG reported that Revlimid alone accounted for $1.14 billion in revenue, a 13% increase from the previous year. Revlimid accounted for approximately 65% of Celgene's revenue in the quarter.

While Revlimid is the crown jewel in Celgene's product portfolio, the company has numerous other treatments for cancers and immune-inflammatory related diseases. CELG stock is up more than 21% in the last year.

Do you invest in biotech stocks or orphan drug stocks? Do you plan on adding any to your portfolio? Let us know on Twitter @moneymorning using #Biotech.

More health stock profits: The fact is, Obamacare is at least partly responsible for some of the biotech sector's recent sell-off. But these stocks will prosper regardless of Obamacare's fate...

The post Three Orphan Drug Stocks to Buy When the Biotech Market Is Down appeared first on Money Morning - Only the News You Can Profit From.