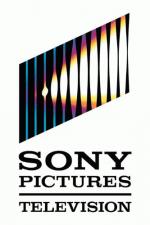 "Thank you to the Emmy voters who acknowledged again tonight that Breaking Bad is one of the best series in the history of television," said Steve Mosko, President, Sony Pictures Television. "We are so proud of the show and congratulate everyone who won awards this evening and all those who were a part of bringing Walter White to the screen."

From acclaimed writer, producer, director Vince Gilligan, Breaking Bad was produced by Sony Pictures Television with Mark Johnson and Michelle MacLaren as executive producers. Breaking Bad, which first premiered on AMC in January 2008, follows the story of a desperate man who turns to a life of crime to secure his family's financial future.  The series had previously garnered ten Emmy Award wins – including the 2013 Emmy Award for Outstanding Drama Series – two Peabodys, and been named to the American Film Institute's (AFI) list of the "Top 10 Programs of the Year" five times (2008, 2010, 2011, 2012, 2013).

The final season of Breaking Bad won Emmy in the following categories: