"Bury Him: A Memoir of the Vietnam War" Reaches #1 on Two Amazon Bestseller Lists

CHEYENNE, Wyo. - March 13, 2020 - PRLog -- The new book from Capt. Doug Chamberlain (USMC, Retired) recounts the chilling events that took place during his command of a company of young Marines at the height of the war in Vietnam.

Bury Him: A Memoir of the Vietnam War offers readers a first-person account of what life was really like for Marine infantry units during this formative time of American and Vietnamese history.

"A combat veteran's astute look at the Vietnam War, both captivating and emotionally forthcoming." — Kirkus Reviews

In South Vietnam in 1968, over 41% of the Marine troops became casualties of the war. That meant that for every ten Marines in South Vietnam that year, four were either killed or wounded. For Wyoming-bred Marine Officer Doug Chamberlain, Vietnam was a far cry from the classrooms and basketball courts he called home.

Ordered to take command of a company of Marines, Capt. Chamberlain endured many challenges. One challenge was a direct order to bury the remains of a Marine that had been left behind by another unit and be forced to participate in the following cover-up. The order was in direct contraction of United States Marine Corps Policy and the Warrior's Honor Code of never leaving any Marine behind. Following this order meant committing an act of incomprehensible betrayal and dishonor.

In this captivating new book, Capt. Chamberlain explains in detail the events that transpired as he was forced into playing the role of a political pawn in a massive wartime cover-up. Capt. Chamberlain expertly paints a picture of deceit and military malfeasance, sharing with the reader the moral and mental struggles that ate away at him in the decades that followed this horrible act.

This story puts to bed any misconceptions about what the Vietnam War was like for the young men who fought in it—young men who were drafted into military service for their country and sent to sacrifice their youth, and sometimes their lives, in a war they hardly understood. Capt. Chamberlain's visceral, harrowing tale portrays many of the decisions that were made that led to more than 60,000 young Americans giving the ultimate sacrifice or that are still missing in action in South Vietnam.

Bury Him: A Memoir of the Vietnam War is available now on Amazon.com, BarnesandNoble.com, and IndieBound.org. For a limited time the Amazon Kindle eBook is available for 99¢ thru March 16. (Reg. $8.99) 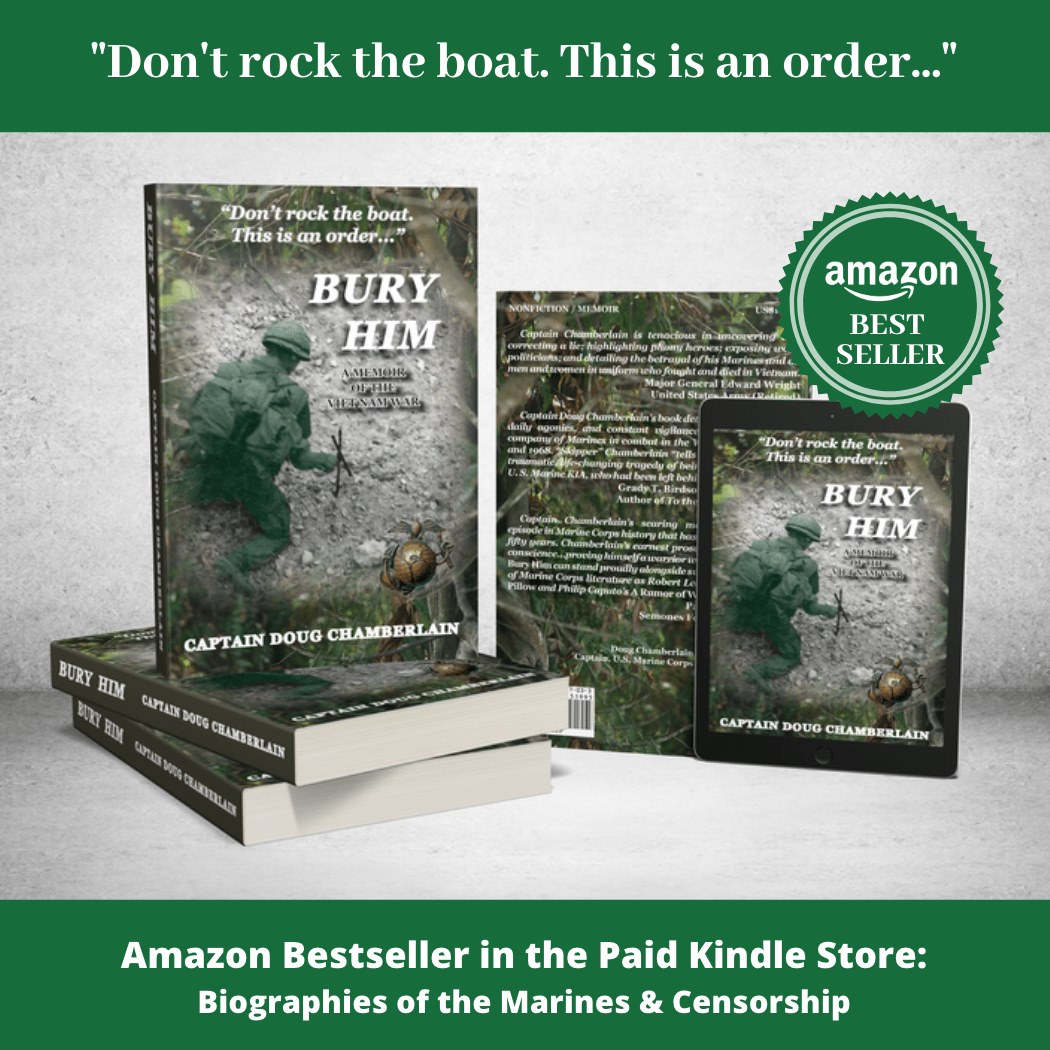 Read Full Story - "Bury Him: A Memoir of the Vietnam War" Reaches #1 on Two Amazon Bestseller Lists | More news from this source