Greg Mohr has today been recognised for his efforts in helping dozens of people achieve their financial goals, connecting them with their brighter future, helping them invest in themselves. Mohr has also shared his reflections and advice in the ongoing Covid-19 issue; preparing your future for inevitable circumstances that might jeopardize your income in an interview. Further information can be found at https://www.franchisemaven.com/.

MORA, NM / ACCESSWIRE / April 28, 2020 / Greg Mohr, for the longest time has been helping dozens of people achieve their future goals, connecting them with future opportunities, helping them invest in themselves. He is also a Multi-Million dollar franchise consultant. Broker of the year 2015. Top Broker in 2018 and 2019. This recognition is, in part, a result of Mohr's work within the Franchising world helping the corporate refugees and investors. 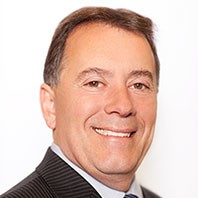 Some of his achievements include:

Mohr, currently residing in Mora, New Mexico, has been involved with the Franchising arena helping the people who want to be free from the captivity of the corporate world, who has the burning desire of financial freedom for 8 years, getting his start when he himself was in the corporate world. He was a restaurant manager working for a master franchisor. He at that time, was building up a franchise empire of restaurants throughout the Sacramento, California area. His gift to determine pain points of restaurants had paved the way for Greg to be successful in helping restaurants where the problem lies mostly. As he himself had extensive experiences as a manager, his ultimate weapon was the power of listening and understanding employees and taking action. He believed that when employees are treated unfairly, employees would treat customers the same, in return, lack of excellent customer service that could spread through word of mouth which is bad for the business.

After he got his degree in Engineering and obtained his MBA, he decided to pursue his passion in business ownership. An avid reader of Robert Kiyosaki's series of Rich Dad/Poor Dad, this was essentially an end to his corporate career and has led him to the path of entrepreneurship.

He started business ownership with rental properties and dry cleaners with many drop off locations. Through his extensive experiences he has shared his knowledge in investigating the business opportunities before anything else as this will help other prospective franchise owners avoid the bumps he had gone through when he was starting off.

In a recent one-on-one interview, Mohr reminisced on other past achievements, which helped build momentum towards the present day. Notably, one of the proudest was helping a gentleman transition out of a corporate job he did not like. He purchased a franchise, built it up, had Greg help him sell it and find another franchise.

In response to a question on the driving force behind his success, Mohr has explained how it really boiled down to helping people realize their goals, feeling better about themselves and their future. "The most important lesson from reading many books and going to many seminars, is really getting to know my people, my candidates as well as possible, finding out where they have been, where they are and most importantly where they want to be". He shared: "it is a big responsibility to be a Franchise Consultant because you're asking people to invest in themselves, you're asking them to invest their hard earned money into the right franchise, so a big responsibility to find them that right franchise where they will be better than they were before, both emotionally and financially and really making them feel good about their future plans and helping them reach their goals."

Reflecting on all of his recognitions Greg is quoted as saying: "If you talk, you can only tell someone something you already know, if you listen, you may learn something new."

In the same interview, Mohr stated his intentions for the future. The primary goal for the next 12 months, he wishes to know as many new people as possible. Looking farther ahead, the aim is to help with the ongoing global crisis we have which is Covid-19. He aims to find franchises that will continue to do well in this environment. During the interview he stressed that being prepared is always the key to any unforeseen circumstances like Covid-19. "So anytime something happens throughout the United States, or the world, you have to adapt yourself to it. And in this particular case, there's a lot of people that are going to be out of jobs, a lot of people that are going to be looking for their next adventure so to speak. So what we need to do then as consultants in particular, is figure out that in this environment, in any environment like this, if it ever pops up again in the future, what Franchises will survive in this situation, thrive and continue to grow. This will make sure you're not taking a hit in income, or at least not for too long as you build the business up and get it to where you want it to be."

When asked more personally about how they want to be perceived and remembered, Mohr said: "I connect you with your future. I help you invest in yourself!"

Mohr closed the interview by sharing his recommendation for anybody who wanted to follow in his footsteps in some fashion, perhaps taking the achievements even further. According to Greg Mohr, the key is " Getting to know your candidates, listening to them, "getting" them."

Further information can be found at https://www.franchisemaven.com/