By: Latest Press Releases from Newswire.com
Earth Day was celebrated recently, and a list of environmental issues were highlighted. One issue is water scarcity, which can be resolved with seawater desalination, says AMPAC USA. It is a process of purifying seawater by using advanced technology and energy to ensure that the water is safe for human consumption. This technology has gained popularity in the last few decades. It will gain more popularity in the future as freshwater sources are quickly depleting and not getting replenished soon enough. 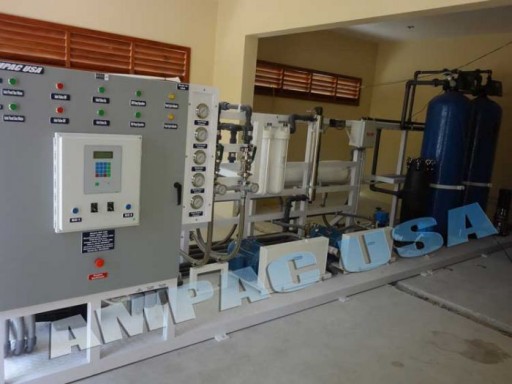 Water is the most basic need of humans, and it's becoming a scarcity. One solution humans have come up with is seawater desalination. This solution is something humans need to focus on if they want to keep their pledge of protecting the environment, which was made recently on World Earth Day, according to a renowned provider of water treatment solutions, AMPAC USA. The company believes that there was a time when seawater desalination was considered an expensive option, but its affordability is rising with time thanks to advances in technology and incredible innovation.

The simplest definition of seawater desalination is that it’s a water treatment technology that turns seawater into contamination-free, tasteless and odorless water to ensure it's fit for human consumption. This technology is well appreciated across different parts of the world, as it allows for a person or an entity to have a sustainable supply of water.

As the demand and installation of seawater desalination systems are increasing rapidly, it will reach a new high in 2030. In 2015, about 180,000 seawater desalination plants were in the world, and they produced approximately 23,000 million gallons per day. This number will likely reach more than double by 2030.

Seawater desalination is particularly needed in the Middle East and North Africa, but it will soon be needed in the U.S., Latin America and even Asia. One of the reasons why all countries are adopting this technology is its weatherproof ability.

Oceans have more than 97 percent of the water present on the planet. So, humans will need to turn to it when freshwater and even brackish water (a combination of freshwater and seawater) deplete.

The costs were a big concern when it came to the adoption of desalination plants and processes across the world. Hence, the focus is on reducing costs. The costs have come down considerably and are expected to come down with technological advancements. With that, the demand for desalination equipment will rise, and the thirst of billions of people across the world would be more likely satisfied.