GBP/USD price jumped 5.5% in July, the highest monthly gain since 2009 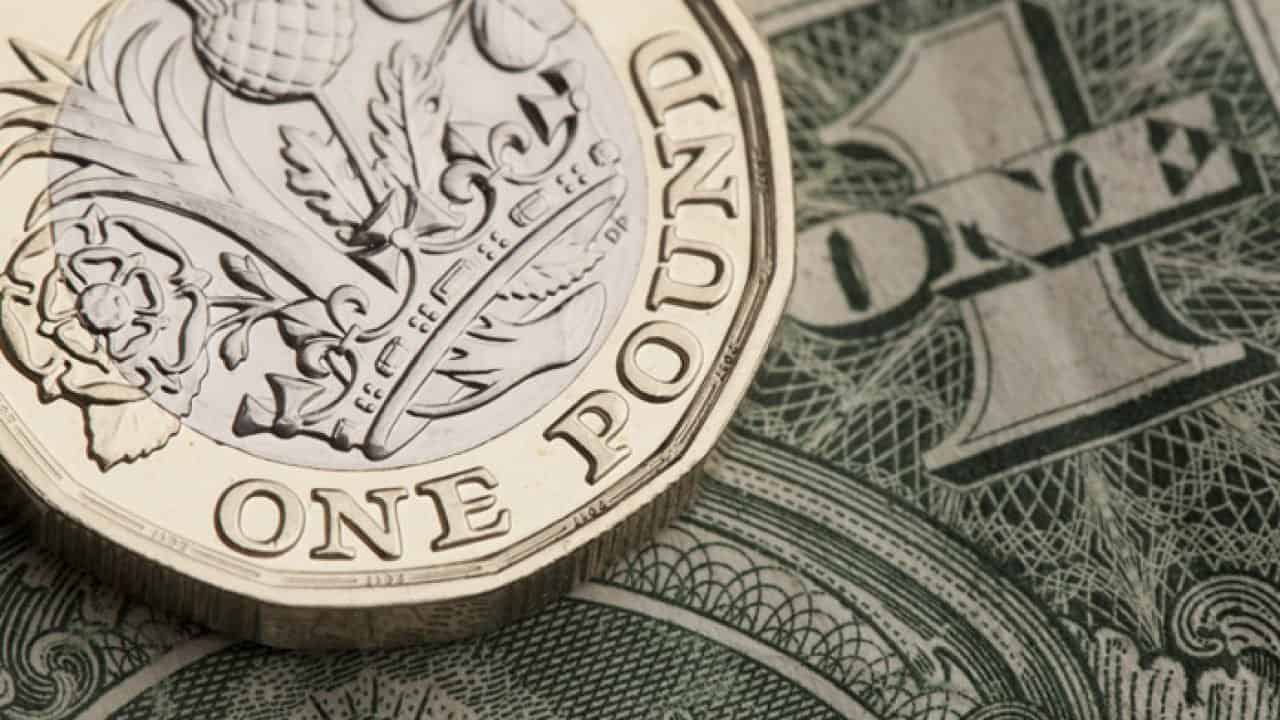 GBP/USD price gained nearly 5.5% in July to market the best month since 2009. The dollar fell to multi-year lows against a range of currencies, with the dollar index closing the month 4.1% lower.

Sterling took advantage of the broad dollar weakness to push the dollar above $1.30. A strong performance in July means the gains that the pound made against the greenback are the biggest in more than a decade.

Still, the euro was a preferred currency to bet against the dollar as investors are worried of a second wave of infections and a weak British economy.

“The fortunes of the pound will increasingly be driven by the monetary policy stance, the ability of the economy to rebound from the global pandemic, and Brexit negotiations, which are effectively stuck in the mud,” Bank of America Merrill Lynch strategists wrote.

A surge in the number of new COVID-19 cases, as well as recent data pointing to a slower recovery, facilitated dollar selling.

“You had the dollar enter into a very serious decline over the month. Interest rates are going down, and that makes the dollar much less attractive as a yield play, but (also) the market is starting to become aware of the political risk of the dollar,” said Boris Schlossberg, managing director of FX strategy at BK Asset Management.

The dollar recovered slightly on Friday, most likely on short covering and profit-taking on the last day of July.

GBP/USD surged higher this week to gain over 2.2% and push the price action above $1.31 for the first time since March this year. On its way up, the buyers managed to clear multiple resistance levels, from $1.2650 to $1.2900. All these levels will now act as support, providing a base for the buyers to extend the uptrend. 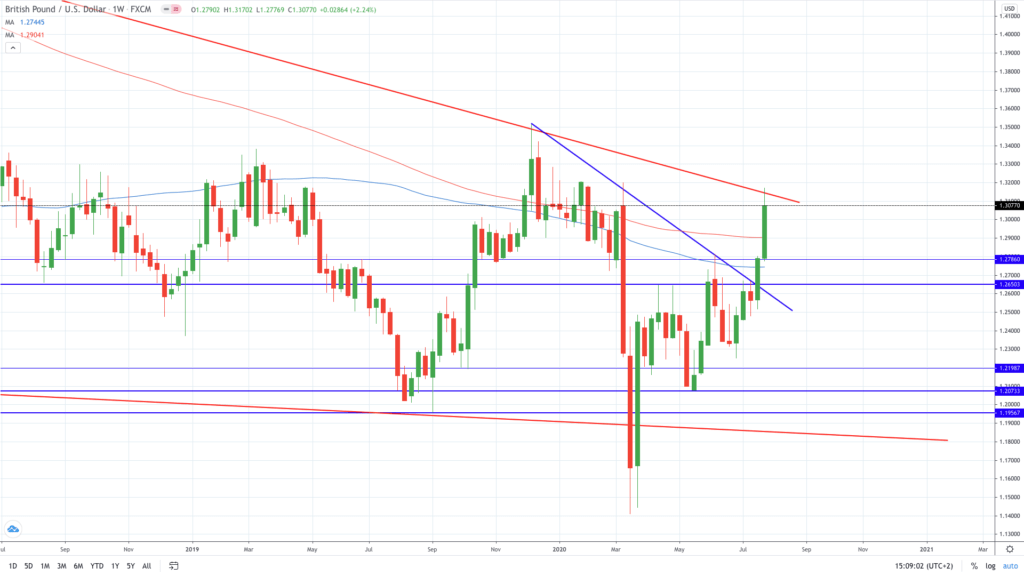 The price action stopped around $1.3170, slightly above the 5-year diagonal trend line that keeps the downtrend intact. Twelve months ago is the last time the price movements touched this trend line, rebounding lower in a strong fashion. Hence, this zone will continue to act as strong resistance while $1.29 – the 200-WMA – will provide nearby support.

The pound made its biggest gains in more than a decade against the greenback as the trend of strong selling of dollar continues. The price action hit a 5-year old resistance that is likely to facilitate the biggest test of the buyers’ commitment so far.

The post GBP/USD price jumped 5.5% in July, the highest monthly gain since 2009 appeared first on Invezz.