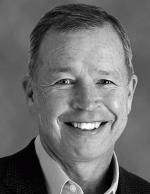 Richard Fleming, Chairman of the Board, commented, “Scott has been an invaluable member of the Board of Directors since 2014, and we have benefited mightily from his superb leadership skills, broad industrial experience, wise counsel, and strategic insights. His many contributions to Columbus McKinnon will have a lasting impact on us for years to come. We are deeply appreciative of his service to our Board and Company, and our thoughts and prayers are with his family. We will miss him terribly.”

Columbus McKinnon is a leading worldwide designer, manufacturer and marketer of motion control products, technologies and automated systems and services that efficiently and ergonomically move, lift, position, and secure materials. Key products include hoists, crane components, actuators, rigging tools, light rail work stations, and digital power and motion control systems. The Company is focused on commercial and industrial applications that require the safety and quality provided by its superior design and engineering know-how. Comprehensive information on Columbus McKinnon is available at www.columbusmckinnon.com.

This news release contains “forward-looking statements” within the meaning of the Private Securities Litigation Reform Act of 1995. Such statements include, but are not limited to, statements concerning the continued influence of a retired directors contribution, involve known and unknown risks, uncertainties and other factors that could cause the actual results of the Company to differ materially from the results expressed or implied by such statements, including the impact of COVID-19, the effectiveness of the Company’s 80/20 Process to simplify operations, the ability of the Company’s Operational Excellence initiatives to drive profitability, global economic and business conditions, conditions affecting the industries served by the Company and its subsidiaries, conditions affecting the Company's customers and suppliers, competitor responses to the Company's products and services, the overall market acceptance of such products and services, the ability to expand into new markets and geographic regions, and other factors disclosed in the Company's periodic reports filed with the Securities and Exchange Commission. The Company assumes no obligation to update the forward-looking information contained in this release.