Should I invest in Oracle following a partnership with TikTok? 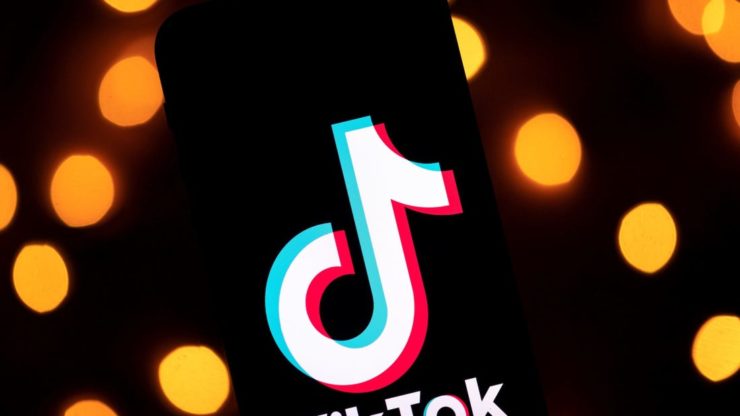 The investing community seemed to be surprised after ByteDance, TikTok’s mother company, rejected a lucrative offer from Microsoft (NASDAQ: MSFT), and instead opted to do a deal with Oracle (NYSE: ORCL) on the basis of “trusted partnership”.

Three days ago, major media outlets reported that Larry Ellison’s Oracle has struck a deal with TikTok to operate its U.S. cloud operations. Therefore, Oracle will become a “trusted tech partner” of TikTok, rather than a company that is taking over TikTok’s operations in the U.S., Australia, New Zealand, and Canada.

On the same day, Microsoft announced that ByteDance rejected its takeover offer. It is thought that Microsoft’s offer has been more lucrative, but would also mean that ByteDance loses control of its app in the United States, Australia, New Zealand, and Canada.

The TikTok saga commenced in early August after the U.S. President Donald Trump signed an executive order to block all transactions with ByteDance. Moreover, Trump provided the China-based company with 90 days to sell or spin-off its operations in the abovementioned regions. Trump also insisted that these operations could only be acquired by an American company.

On the other hand, Oracle may have played a more political game as its co-founder and CEO, Larry Ellison, is known to be a supporter of Donald Trump. Whether Ellisson received a green light from Trump’s administration to finalize the deal with ByteDance, remains to be seen.

Shares of Oracle initially soared around 6% on the TikTok news to trade above the $60 mark again. This month, Oracle stock price hit a record high at $61.86, clearing the previous all-time high – set in July last year – of $60.50. 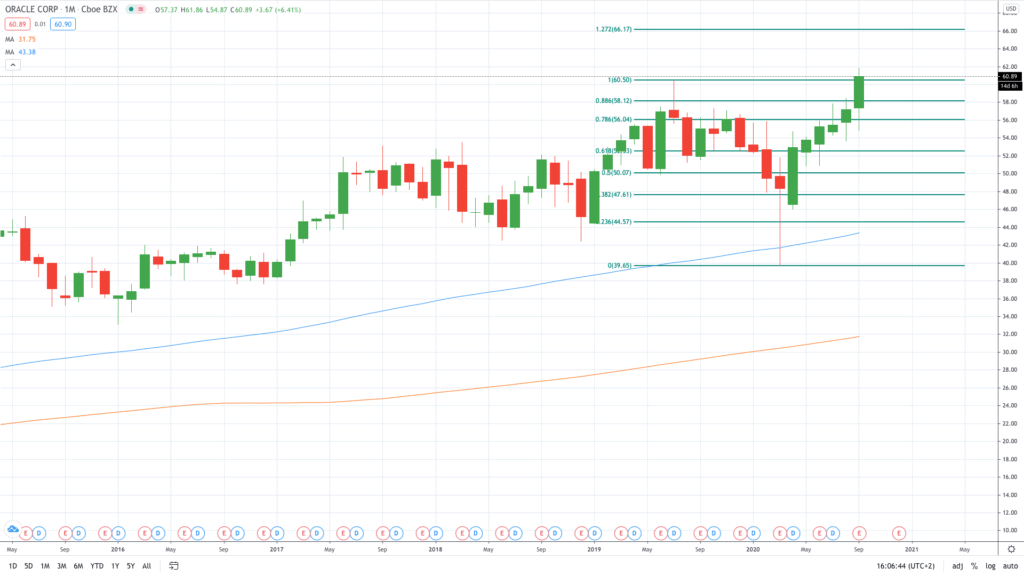 Although it’s difficult to argue about buying a stock that trades near the all-time high, the tech giant is well-positioned to continue advancing, from the fundamental perspective.

Technically, Oracle is on the way to close in the green for the sixth consecutive month. A clear target for investors looking to buy ORCL is $66, where the first Fibonacci extension is located.

Oracle has struck a deal with TikTok to become its “trusted tech partner”, as the Chinese company opted for this modality, instead of selling its operations in the U.S., Australia, New Zealand, and Canada to Microsoft.

The post Should I invest in Oracle following a partnership with TikTok? appeared first on Invezz.