By: Stockmarket.com
Are These Ammunition Stocks On Your Buy [Or Sell] List?

As firearms sales surge, should investors be buying ammunition stocks? The gun and ammunition industry is poised to have a record growth this year. After a three year slump unlike any seen before in the business, firearm sales are firing in all cylinders this year. However, sustaining them may not be so straightforward. But there’s no doubt that the growth in firearm sales is huge this year. According to the data provided by the National Shooting Sports Foundation, more background checks took place through August 2020 than for all of last year. While background checks don’t equate to actual gun sales, it sure does give a sense of demand for firearms.

The novel coronavirus pandemic drove gun sales for many reasons, including fears of economic disruption spiking crime rates. In addition, some speculated that Asian Americans could be buying guns on fears of becoming targets of xenophobia given the Chinese origin of the coronavirus. Of course, there could be other factors at play as well. The murder of George Floyd led to civil unrest in many parts of the country. This could also have contributed to the rising demand for guns. Long story short, as long as the economy is weak and tensions are high, firearm sales will likely continue breaking records. With this in mind, are any of these top ammunition stocks on your list of best stocks to buy?

First, up the list,  shares of Smith & Wesson Brands, Inc. (SWBI Stock Report) have struggled to make a comeback after reaching a one-year high earlier this month. The stock is currently 28% lower than its peak this month after three weeks of consecutive declines. With its recent pullbacks, would this provide a nice setup for traders looking for a technical rebound? 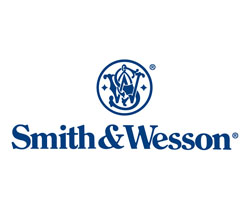 The company attracted a highly positive analyst upgrade earlier this month. The gunmaker won a revised price target of $27 from Lake Street Capital Markets, representing a 78% potential upside from Monday’s closing of $15.22.

The research accompanying the bullish upgrade says the firm is “most encouraged by the higher-than-expected gross profit margin of 40.2% which compared favorably to our 32.5% estimate,” continuing on to remark how margins have climbed to “peak levels and we think are sustainable for the next several quarters as the company attempts to meet demand and refill the depleted channel inventory.” Considering the upside, would you include SWBI stock to your list of best stocks to buy this week?

Sturm, Ruger & Company (RGR Stock Report) was already benefiting from the upswing in gun sales last quarter. This came as some worry that the pandemic would cause social unrest. In fact, the stock rose as much as 89% this year to reach an all-time high in August. Since then, however, shares of RGR have taken a breather after it announced its latest quarterly earnings data on July 29th. Despite sliding around 30% since its all-time high, the company is still 31% higher year-to-date. 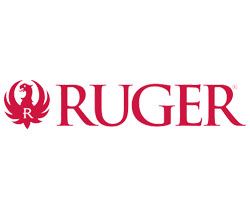 Now, companies like Ruger and Smith & Wesson do not sell firearms directly to the public. They only sell to federally licensed firearms dealers and major retailers. These outlets have been reducing inventories as they do not want to hold too much stock on hand.

Sturm, Ruger & Company appears to be facing one of its best years ever. And you might conclude that the stock is a buy for that reason. But we don’t know what is going to happen in the November elections, which could cause some volatility to the stock. With the cloudy political climate and ongoing social unrest, would RGR stock be a good buy? 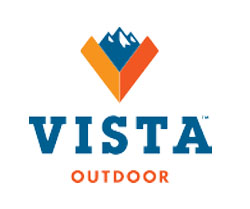 Reports said the two companies are bidding for Remington Arms, the oldest gunmaker in America which was forced to file for bankruptcy. This came after the company’s private-equity owners loaded in with debt, limiting the ammo manufacturer’s ability to benefit from the massive sales of firearms this year.

With the ammunition shortage across the country, getting access to Remington’s capacity can help Vista Outdoor and Olin to meet the rising demand. It appears that the surge in gun and ammo sales is not going to subside any time soon. The presidential election is less than two months away, and the potential for unrest remains. It is no surprise if more people want to protect themselves and their families with firearms.