4 Penny Stocks To Buy For Under $3 Today; Are They Worth It?

The name of the game for penny stocks lately has been sympathy trades. If you remember last week, we saw energy penny stocks explode. While that has been the case early this week, there are other trends taking hold. This morning we wrote about one company, Oxbridge Re Holding (OXBR Stock Report) after it showed signs of early momentum.

Well, what began as one of the stocks under $5 to watch has turned into a monster trade today. The penny stock has been halted numerous times and continued squeezing higher. Late last week, companies with a focus on financial services got a boost in attention. In addition to that, so did other companies building strength behind the minority communities ended up catching a surge of trading action.

Much of it stemmed from news coming out of Bank of America. The Bank said it would issue a $2 billion Equality Progress Sustainability Bond to advance racial equality, economic opportunity, and environmental sustainability. According to its press release, this is the first of its kind in the financial services industry.

“Our focus on sustainable finance is one of the ways we drive responsible growth. By addressing these critically important issues through ESG-themed securities, we are offering a way for fixed-income investors to be part of social and environmental change, and drive solutions through the debt capital markets,” said Anne Finucane, vice chairman at Bank of America.

Aside from the trend in financials, we’ve also seen a surge in energy. While clean energy might be at the forefront, recent oil and gas M&A has some sector stocks in focus. This morning, WPX Energy and Devon Energy announced a merger. The deal would create an entity with a combined market value of about $6 billion.

Devon has a market value of $3.38 billion, and WPX’s is $2.49 billion. The Wall Street Journal reported this weekend that the two were in talks to merge, as well. Even with the current state of oil and gas stocks, this news has lifted some oil and gas penny stocks at the start of the week.

In light of these recent trends, there are several sympathy stocks catching momentum. While they all trade under $3 right now, will they be the best penny stocks to buy or are sellers going to come in and take advantage of this momentum?

We discussed Broadway Financial (BYFC Stock Report) over the weekend in light of Friday’s action. While the penny stock has been in a perpetual downtrend for weeks, BYFC stock spiked on Friday, following the Bank of America news. If you’ve followed along, you may recall the company’s last update that appeared significant for the company. Broadway announced that it entered into a transformational Merger of Equals agreement with CFBanc Corporation.

The company said this would effectively create the largest Black-led Minority Depository Institution in the nation. Furthermore, it would equate to more than $1 billion in combined assets under management. It would also equate to approximately $850 million in total depository institution assets (as of June 30, 2020).

This momentum continued on Monday morning with shares reaching highs of $2.74 during premarket hours. Once the opening bell rang, BYFC stock reached highs of $2.33 during regular market hours. Due to the parabolic history of this penny stock, it’s worth noting the high-risk/reward scenario here. While the penny stock shot up early, shares have since retreated a bit. So it will be interesting to see if BYFC stock can catch another wave of bullishness or if selling will overpower the stock today. 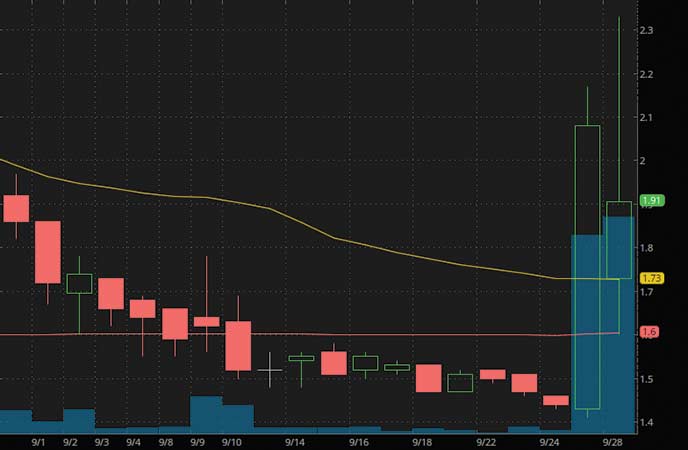 Shares of LM Funding America (LMFA Stock Report) also began gaining on Friday afternoon. The company is a specialty finance company that provides funding to nonprofit community associations primarily located in the state of Florida. The company funds a certain portion of the Associations’ rights to delinquent accounts that are selected by the Associations arising from unpaid Association assessments.

Last month the company contracted with two additional South Florida condominium owners associations to provide funding for potential budget shortfalls resulting from the impacts of COVID-19. According to LM, these new contracts add 8,000 doors to the its total door count for Associations under contract with active accounts to approximately 33,000.

What’s more is that last week, a 13G filing popped up in the company’s disclosures. It showed Peter Hyllenhammer AB holding a 9.6% stake in the company. This appears to have been received well by the market so far. In light of the recent surge stemming from last week’s industry developments, will LMFA stock continue higher this week? 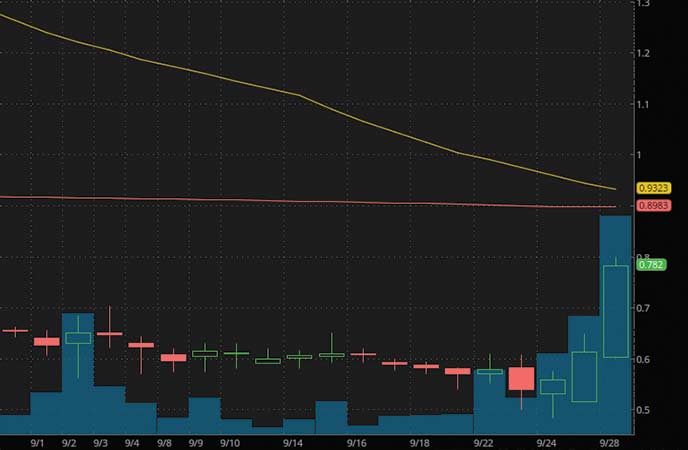 The crazy part about penny stocks and sympathy trades is that it doesn’t always have to do with sector momentum. Sometimes when traders miss one move, they look for “old stocks” that provided big wins during recent weeks. Sunworks (SUNW Stock Report) was one of last week’s big winners. It followed the move that myriad energy penny stocks experienced. The initial spark was lit after shares of SPI Energy took off soaring to highs of $46.67. Even today, SPI stock is back on the move again.

Considering that the name of the game is “low float penny stocks,” SUNW stock has taken off flying again on Monday. Trading began a big slower, but as OXBR stock saw some resistance, traders seem to have spread their wings in search of more low float names.

If you remember, SUNW is in the middle of a proposed merger with Peck, the commercial solar engineering company. Last week we witnessed SUNW and PECK shares rocket amid the energy stock frenzy. Without any recent news or developments this week, can this sympathy momentum last throughout the week? 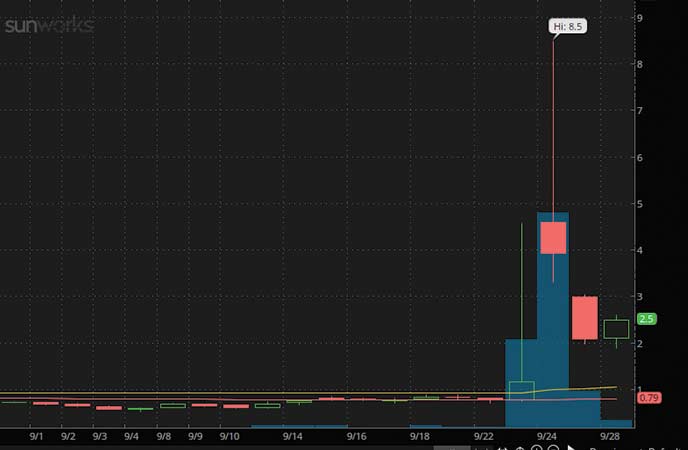 Centennial Resource Development (CDEV Stock Report) develops unconventional oil and associated liquids on rich natural gas reserves in the United States. Its primary asset is on the Delaware Basin, which is a sub-basin of the Permian Basin. The company leases or has acquired at least 78,195 net acres to date. Monday, CDEV stock began climbing right from the opening bell on the heels of the WPX/Devon news.

While the penny stock has been beaten down for weeks, this recent spike has brought some reprieve to the market. CDEV stock managed to reach highs of nearly $0.66 before the lunch hour. While there haven’t been many new updates, we can look to the filings for some insight.

During mid-September, a slew of Form 4s were filed. These showed several insider buys of CDEV stock. Company CFO, George Glyphis purchased more than 100,000 this month. Average prices ranged between $0.5443 and $0.7029. With a seemingly renewed focus on energy stocks today, will CDEV stay the course heading into Q4? 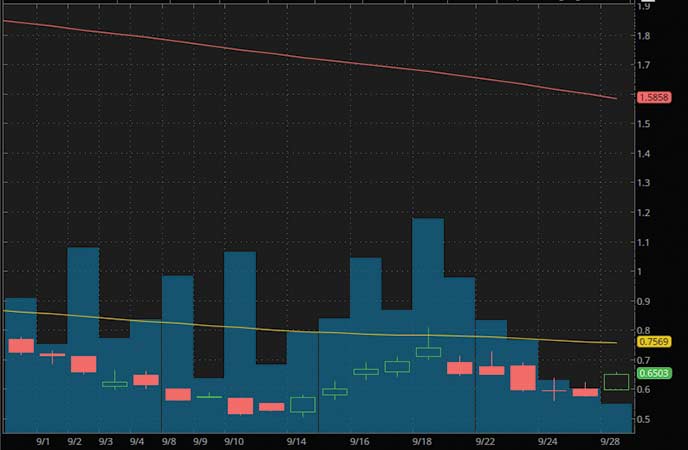