By: StockMarket.com
These Top Gaming Stocks Are In Focus For Q4 2020

It is safe to say that gaming stocks have been on investors’ radar recently. This is no surprise as top gaming stocks to watch are prepping for the last quarter of 2020. The stay at home orders and lockdown of many businesses would mean the average person is spending more time at home. Gaming would of course be a ‘stay at home’ activity. With that, gaming companies would benefit from this predicament of the COVID-19 pandemic. To top that off, the holiday season is approaching, so more people are likely to spend on new consoles and PCs. Some of the best gaming stocks to buy have also been unveiling their latest offerings in recent months. This would include their next-generation consoles, games, and tech in general.

It is not an understatement to say that the gaming industry is a huge market to capitalize on. The revenue for the global games market was $148.8 billion in 2019. Analysts are expecting this revenue to grow to a figure of $160.5 billion in 2020. This comes as no surprise gave how the gaming industry is now widely accepted. According to the Census Bureau, there are 174 million Americans between the ages of 5 to 44. This means there are 174 million Americans who have grown up with PlayStations, Xboxes, and PCs from their early childhood and teenage years. As the average gamer gets older, there will be increased adoption of gaming consoles and PCs in more households.

All things considered; the prospects of the gaming industry do present an interesting opportunity for investors. With that in mind, could these 3 gaming stocks be worth adding into your portfolio?

Advanced Micro Devices (AMD Stock report) has been around since 1969. Until recently, however, it was relatively obscure. Today, the semiconductor and central processing unit (CPU) maker is one of the hottest names in the gaming world. In the last 5 years, its shares have increased by 4000% to $83. The company’s market capitalization is now about $102 billion, a staggering feat to achieve in such a short span. 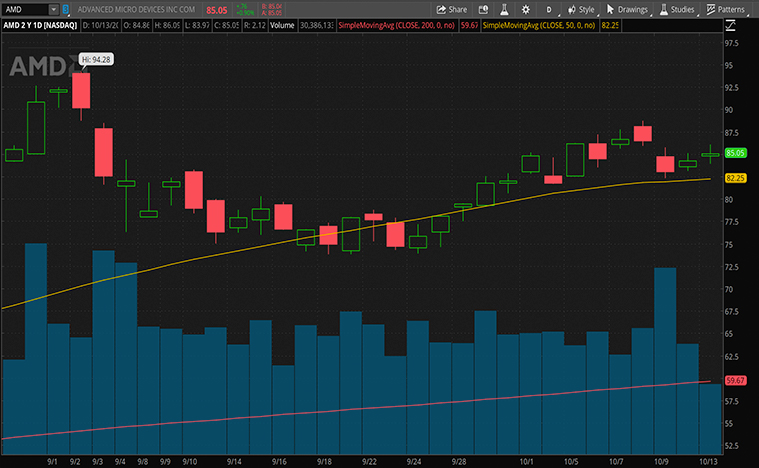 The company has recently announced that its new CPUs, the Ryzen 5000 series, offers a 19% performance boost over previous-generation models. Its flagship Ryzen 9 5950X chip delivers the highest single-thread performance of any desktop gaming processor. This new iteration of Ryzen processors is set for release on November 5th, which means it will be just in time for the holiday season. Not only that, the company has announced a revenue of $1.93 billion for the second quarter fiscal results in July 2020, up by 26.1% year-to-year.

AMD and its arch-nemesis Intel (INTC Stock Report) have been competing for the last decade on who has the superior chipset. AMD’s latest 7nm chipset design is now more efficient than Intel’s 10nm design. Recently, online game platform Steam reported that AMD has been wrestling away the market share from Intel. AMD’s CPUs powered 25.75% of Windows PCs used by Steam’s customers in September, up by 22.45% since May. AMD is benefiting from the mishaps of Intel as the latter has been dealing with production delays for its next-generation CPU. With that in mind, will AMD stocks be on your watchlist?

Gaming Stocks To Buy [Or Sell] This Month: Nvidia

It is hard to write a gaming stock article without mentioning the graphics processing unit (GPU) giant, Nvidia (NVDA Stock Report). The company has had an amazing year in the stock market so far. Its share price is up by 129% and Nvidia has announced its next-generation RTX 30 series in September. With Nvidia making all the right moves, does this set up the company’s potential to excel in the stock market? 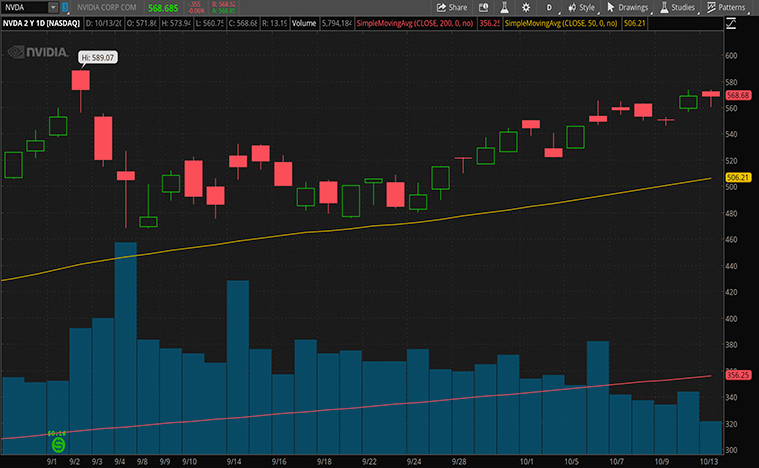 It’s next-generation RTX 30 series that was unveiled in September has received rave reviews for its performance and efficiency. Its RTX 3080 GPU, offers twice the performance of its last generation RTX 2080 GPU. This impressive leap will no doubt introduce 4K gaming to mainstream consumers, increasing its user base significantly. Furthermore, Nvidia has made its RTX 30 series more affordable, thus being able to access the larger mid-range market.

Nvidia has also had a solid second-quarter fiscal in 2020. It recorded a revenue of $3.87 billion, up by 50% from a year earlier. GAAP earnings per diluted share for the quarter were $0.99, up by 10% from a year earlier. The company had also closed its acquisition of Mellanox Technologies in April 2020 for $6.9 billion. This was after competing and outbidding other companies such as Intel and Xilinx. By acquiring Mellanox, Nvidia can meet its demand for high-speed networking in cloud data centers as it scales out its AI services. Again, this is just in time for the holiday season where Nvidia is expecting to bank in on its GPU sales. With that in mind, does this make NVDA stock a gaming stock to watch?

[Read More] Are These The Best Biotech Stocks To Watch This Week?

Gaming Stocks To Buy [Or Sell] This Month: Sony Corporation

Game console company Sony (SNE Stock Report) is poised for a successful Q4 2020 as well. It’s next-generation console, the PlayStation 5 (PS5), will be launched on November 12. This bodes well for Sony as many consumers are anticipating the PS5. If past trends were any indication, the gaming business has become more of a staple than it is cyclical. This would make Sony’s PlayStation sales more of a sustained business in the long run. 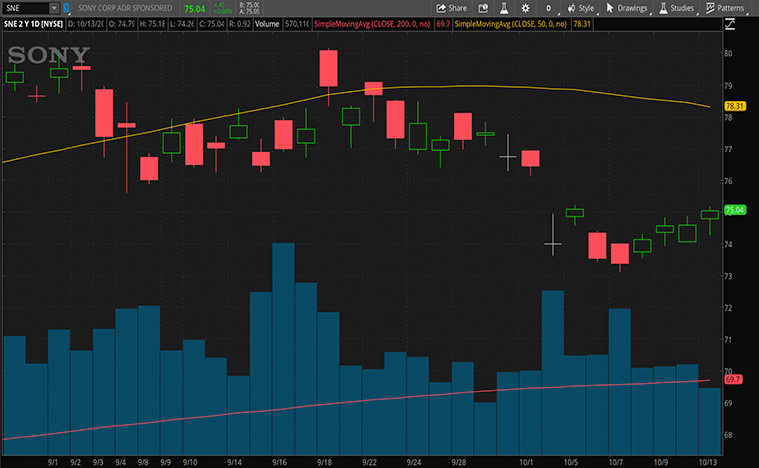 Sony has reported in its first-quarter fiscal that it’s game and network services segment was the largest and most profitable division. The game and network services contributed to 31% of total sales, with $18.1 billion. By introducing PlayStation exclusive games, the company has retained along the base of loyal customers throughout the years. Furthermore, the PlayStation 4 was launched 7 years ago, so users are eagerly waiting for a hardware upgrade. The PlayStation 5 will allow users to meet the high demand graphics and intense processing of the games available today and in the years to come.

Through its PlayStation Plus and PlayStation Now cloud gaming service, Sony plans to grow its subscription-based services. The company does this by reintroducing games on a monthly basis with a subscription fee. Cloud gaming has generated a lot of attention in recent years, with companies like Alphabet (GOOGL Stock Report) recently launching Google Stadia. This places Sony in the right position moving forward.