Are These The Best Airline Stocks To Buy In The Stock Market Today?

By: StockMarket.com
Is Now The Time To Buy These Top Airline Stocks For Your Long-Term Portfolio?

Airline stocks have been among the worst-performing in the stock market this year. Stay at home orders due to the coronavirus caused travelers to halt their flying. When the virus outbreak originally began there were plenty of stories regarding people on airplanes catching it. As soon as this kind of news struck, top airline stocks and the airline industry as a whole plummeted. Until a vaccine is created to solve the pandemic, travel will not return to how it was. People are not traveling as much so they are not at risk of catching the coronavirus.

This hurt many travel companies, like Hertz (HTZ Stock Report) and Carnival Corporation (CCL Stock Report). It has also affected travel industries such as hotels, airlines, and more. Now that reopening has taken place in large numbers as of October 2020, airline stocks are seeing the benefit of it. Ticket sales are going up and airlines are opening to more capacity as well. Let’s look at three airline stocks that are now trending upwards. 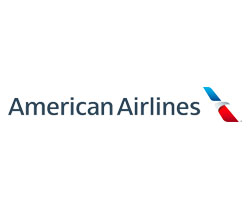 American Airlines reported its third-quarter results on October 22nd. It was in these results where the company reported revenue of $3.2 billion, down 73% year over year.  In total available seat miles, it declined 59%. Its net loss for the quarter was a whopping $2.4 billion. Then why did AAL stock go up? Well, its loss was more narrow than analysts predicted, and its revenue still beat loss estimates.

Doug Parker, CEO of American Airlines said, “We have a long road ahead and our team remains fully engaged and focused not just on managing through the pandemic, but on making sure we are prepared for when demand returns.”

Next up on this list of airline stocks to watch is Delta Air Lines Inc. (DAL Stock Report). Delta is one of the largest airline companies in the world. It actively has a fleet of more than 1000 aircraft. Delta has already restored many of its domestic and international routes to date. Its restoration of these flights is helping the company even though the travel industry is still hurting. Delta stock is already seeing an increase in its share price due to the understanding that things may begin to return to a more normal state very soon. Now for the recent news regarding this airline company that has hubs all over the world. 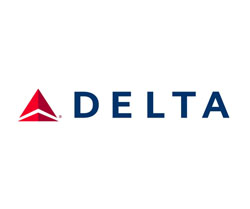 Why is DAL stock trending in the market? Well, the answer to this is simple. The recent quarterly reports that came out from American Airlines are a large part of the reason. If American was able to beat revenue estimates, analysts now see it as a possibility for Delta Air Lines. Some recent news from United Airlines (UAL Stock Report) is also the reason that Delta is trending, but this is the news we are going to discuss next as that is the next company on this list.

DAL stock price is currently at $33.72 a share as of October 22nd, up 7.05% on the same date. Just 5 days ago, DAL stock price was at $31 a share on average. This is one of those companies that will benefit from either vaccine news, or quarterly results being positive or beating estimates. So when Delta decides to release its next quarter results, we will see what impact it has on the company. That is essentially why Delta Air Lines and DAL stock have made it on to this list of airline stocks to watch.

[Read More] Are These The Best Biotech Stocks To Buy Before November 2020?

The last airline stock on this list of companies is Southwest Airlines Co. (LUV Stock Report). Southwest Airlines is a low-cost airline in the United States. The company has more than 60,000 employees and regularly has 4,000 departures a day during peak travels. It was reported that Southwest carried the most domestic passengers out of all US airlines. Just like many other airline stocks, LUV stock got crushed by the pandemic’s effect on the market. At its lowest point, LUV stock price fell as much as 58% a share. But now Southwest Airlines is trending upwards in the market. Let’s look into why this is happening. 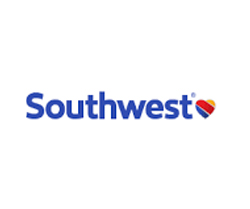 First of all, Southwest Airlines has a positive benefit from American’s better than expected revenue reports. But Southwest Airlines just announced that it will resume selling middle seats on its flights. This is following its reported $1.2 billion net loss in the third quarter of 2020.

The CEO of the company, Gary C. Kelly stated, “We are encouraged by modest improvements in leisure passenger traffic trends since the slowdown in demand experienced in July. However, until we have widely-available vaccines and achieve herd immunity, we expect passenger traffic and booking trends to remain fragile.”