Jim Porter to Retire from WestRock 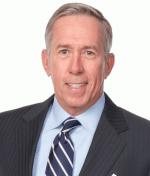 WestRock Company (NYSE: WRK) today announced that Jim Porter, president, Business Development & Latin America, has decided to retire, effective December 31, 2020. Following his retirement, Jim will continue to contribute to WestRock by serving as one of its representatives on the board of managers of Gondi, S. de R.L. de C.V., the Company’s Grupo Gondi joint venture, and an advisor to the Company.

Jim has had a remarkable 46-year career. After earning his degree in forest management from the University of Missouri, he started his career with Menasha. In 1993, Jim joined Southern Container and was president and chief operating officer when WestRock acquired Southern Container in 2008. He has played an instrumental leadership role in the development of the company’s corrugated packaging business and its growth in Latin America, including the company’s operations in Brazil and joint venture with Grupo Gondi in Mexico. Jim received the RISI Lifetime Achievement Award in 2018.

Jim currently serves on the board of the American Forest Foundation and the Forest History Society and was recently inducted into the International Corrugated Packaging Foundation’s Circle of Distinguished Leaders. He is a member of the Society of American Foresters, Certified Forester.

“Throughout his career, Jim has demonstrated exceptional leadership and passion for people,” said Steve Voorhees, chief executive officer of WestRock. “WestRock has benefited incredibly from his strategic and operational expertise, and we all wish Jim and his wife, Pam, the very best in retirement.”