By: Penny Stocks to Buy, Picks, News and Information | PennyStocks.com - Feed
Why Are These Energy Penny Stocks Jumping Right Now?

While 2021 got off to a rough start for some stocks, there are plenty of penny stocks that are showing solid momentum. One of the best ways to find good penny stocks to watch is to identify market trends. Right now, this includes the impact of COVID, the election of Joe Biden, senate runoff races, and vaccine hopes. All of these factors have led to certain penny stocks jumping this week.

With the election of Joe Biden, many investors are focused on renewable energy penny stocks right now. However, with infrastructure still needing to be built, traditional energy is likely to be the source for this new “alternative energy industrialization”. Furthermore, until such time that renewables potentially become a “norm,” fossil fuels will likely become the main source for power production. With vaccines getting distributed right now, hopes are high that reopening will be coming soon and on a larger scale. This week we’ve also seen oil prices soar to start the year.

With this in mind, it may not be a bad idea to follow some energy stocks right now. Are any of these on your watch list this week?

Kosmos Energy Ltd. is an independent oil and gas exploration company. Based in the U.S., Kosmos Energy holds resources in many countries around the world. This includes offshore oil production in Equatorial Guinea, the Gulf of Mexico, and Mauritania. Kosmos Energy is a penny stock in focus due to its role in providing large quantities of energy to the broad market. Because it is quite a large company in its industry, Kosmos could benefit greatly from the end of Covid or at least a resumption of travel. Last month, Kosmos announced that it completed the divestment of around $200 million of assets to one of Royal Dutch Shell Plc’s affiliates. The deal regards Kosmos’ interest in two large exploration assets based in Africa and South America.

Immediately upon signing, Kosmos received around $95 million upfront. But, the deal also states that Kosmos could receive contingent payments up to $100 million in the next few years. Kosmos has stated that it plans to use these proceeds to explore several assets in the Gulf of Mexico. Around 1/3 of the total proceeds will go toward the development of these potentially major assets. In addition, the company states that around $125 million of the proceeds will go purely toward strengthening its balance sheet.

Whether or not this puts it in a financially advantageous position remains to be seen. So, does this make KOS a penny stock to watch? Right now a number of analysts including Panmure Gordon have a Buy rating on the stock. The firm also has a $2.89 price target as well. 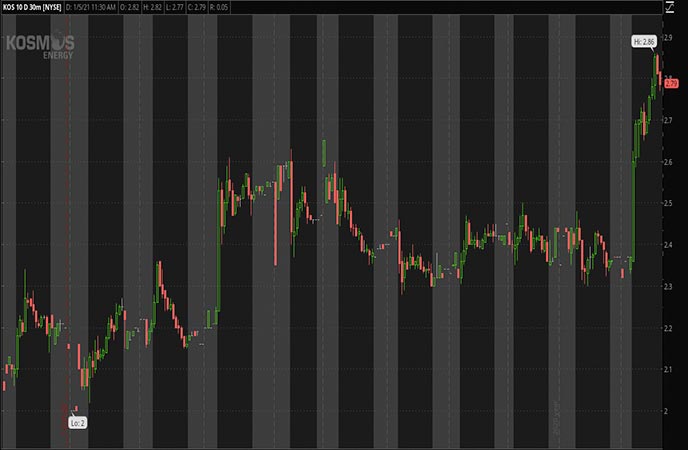 Centennial Resource Development Inc. is one of the bigger gainers of the day on January 5th. By midday, shares of CDEV stock were up by around 14.5% to $1.70 per share. For some context, the company is another independent exploration company working in the development of oil and natural gas. This includes unconventional assets such as liquids-rich natural gas and more. The company also states that it has a focus on the U.S. market, specifically in the Delaware Basin. In addition, the company is also working in West Texas as well as New Mexico. Centennial Resource Development is another energy penny stock that has the potential to gain if covid begins to turn in our favor.

With vaccines being distributed around the world, it may take a good deal of time before travel (auto and air), resumes again. But if it does move back toward pre-covid levels, there’s no doubt that energy penny stocks could see a boost. One thing to keep in mind is that Centennial Resource Development is highly affected by any news that comes out regarding covid.

In this way, CDEV stock can be considered to be quite volatile. But, if investors know how to take advantage of volatility, this price action could be a benefit to some. In the meantime, investors should stay up to date on what is occurring with the news regarding COVID. KeyCorp recently boosted its price target on the stock to $2 while maintaining an Overweight rating on the company. 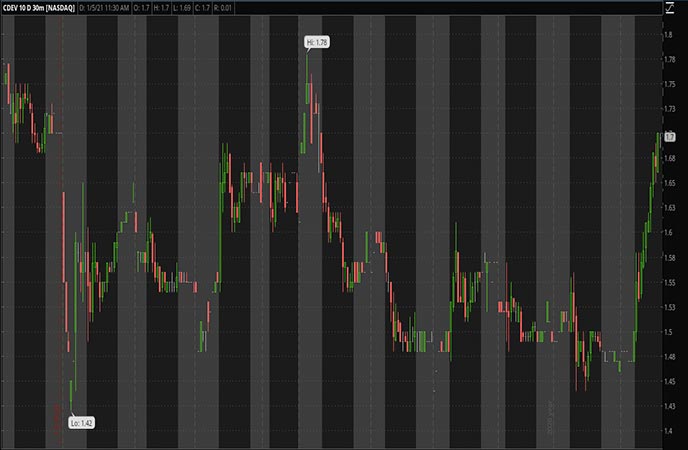 Southwestern Energy Company is one of the larger energy companies based in the U.S. With a market cap north of $1.9 billion, SWN stock has become quite popular amongst energy investors. Over the past four consecutive quarters, SWN has beat earnings by an average of 130%. This is quite substantial and helps to inspire confidence in investors. There are a few reasons why Southwestern Energy Company is continuing to see so much popularity.

For one, the company has an extremely diverse portfolio of assets around the U.S. This includes reserves in Appalachia as well as the Southwest of the U.S. The company states that production should rise from around 778 billion cubic feet equivalent (Bcfe) in 2019 to around 880 Bcfe within the short term.

In addition, the company is continuing to grow through its acquisition strategy. This includes the acquisition of the natural gas production company, Montage Resources. This acquisition alone should help the company to become the third-largest producer of oil and natural gas in the Appalachian Basin. Additionally, the deal should help to boost cash flow as well as reduce administrative expenses by roughly $30 million per year. Whether or not this makes SWN stock a penny stock to watch remains up to you. However, last quarter, Goldman Sachs initiated coverage on the company with a Buy rating. the last price target placed on the stock was by UBS Group in December with a $2.40 forecast. 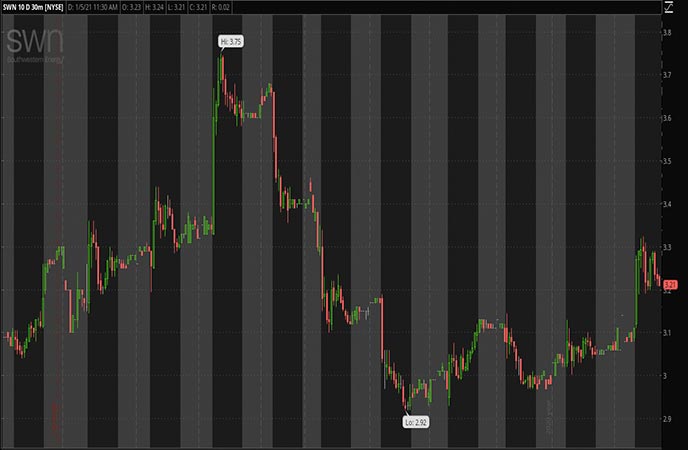 QEP Resources Inc. is a penny stock that we have covered several times in the past few months. With a 10% gain on January 5th as of midday, shares of QEP stock sit at around $2.70. in the past month, shares of QEP stock have jumped by more than 25%. And since late October, shares have shot up by a staggering 211%. This major jump in value not only reflects QEP as a company but also the emphasis on energy-producing penny stocks. The company operates as a producer and explorer of crude oil assets as well as natural gas. Working out of the U.S., QEP has a similar focus to some of the penny stocks mentioned above. This includes a focus on the Permian Basin in Texas as well as the Williston Basin in North Dakota.

QEP Resources states that at the end of 2019, it held around 383 million barrels of oil equivalent. With this comfortable reserve, it seems as though the only issue right now is demand. But as stated before, QEP Resources could also benefit from covid coming to an end. One of the aspects that makes QEP so interesting is that its consumer base is very broad. The company states that it sells its products to refiners, wholesalers, industrial users, utility companies and local distribution companies.

Right now there aren’t many analysts covering this stock. However, of the ones that are, Wells Fargo and JPMorgan Chase have Equal Weigh and Overweight ratings on the stock, respectively. Wells Fargo also has a $2 target. 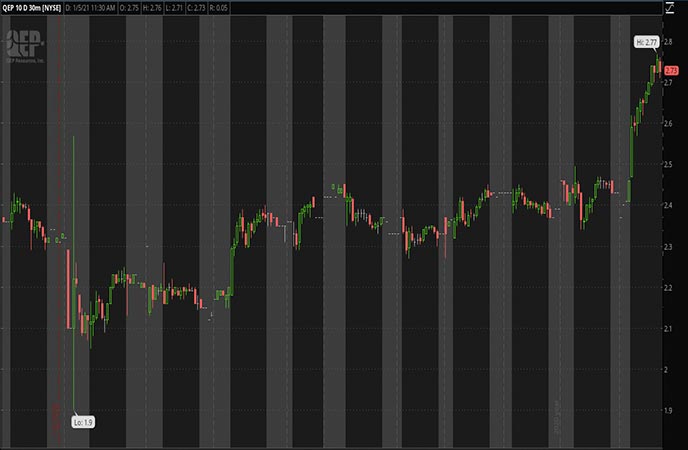