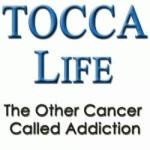 TOCCA Life Coaching, Inc., a Florida corporation (“TOCCA Life”), announced that it has completed a share exchange with T-Bay Holdings, Inc., a Nevada corporation (the “Company”). Pursuant to that certain share exchange agreement dated January 1, 2015 by and among the Company, TOCCA Life and the shareholders of TOCCA Life (the “Share Exchange Agreement” or “Agreement”), TOCCA Life survived as a wholly-owned subsidiary of the Company, with the officers and directors of TOCCA Life becoming the officers and directors of the Company. The Agreement was originally executed on December 4, 2014 and was dated effective as of January 1, 2015 and contains certain conditions to closing that were met in mid-January, 2015. In addition to the change of control, the Agreement, among other customary terms and conditions, included the effectuation of a 1-500 reverse split, a name and symbol change and the amendment and restatement of the Company’s articles of incorporation. These items were approved by the Financial Industry Regulatory Authority (“FINRA”) on January 9, 2015 and went into effect on January 12, 2015. Under the terms of the Agreement, the shareholders of TOCCA Life received and 51,663,442 (post split) shares of the Company’s common stock in exchange for 100% of the issued and outstanding common stock of TOCCA Life. Following the approval from FINRA, the Company’s name was changed to TOCCA Life Holdings, Inc. and the Company now trades on the OTC market under the symbol TLIF.

Addressing TOCCA’s recent transaction and its efforts to work productively within the community, TOCCA’s President and CEO, Tyler Cornell, stated, “We are excited to have received FINRA’s approval and, as a result of the Share Exchange Agreement, are now the first publicly traded sober living facility in the history of the industry. Our plan in becoming a publicly traded company stems from numerous positions and provides us with certain strategic benefits. For example, as a publicly traded company we have additional accountability and regulatory responsibility in, what has historically been, an unregulated industry. We believe this offers us numerous branding opportunities in the services and products we provide which will help us establish ourselves as 'the safe place to start your second chance on life.'”

Discussing recent articles about legislation concerning the sober living industry, Cornell went on to state, “Our objective is to establish our Company as a nationally recognized name that the public can rely on to provide safe, structured residential sober living facilities; where our residents can begin their lives free from addiction. There are far too many places posing as sober living facilities that are 'flop houses' or worse. Generally, successful twelve step recovery programs are based on ‘a program of honesty.’ We believe that the additional accountability of being a publicly traded company is consistent with these programs; and it is a logical extension of fair practices to live by that will allow us to focus on our core passion - helping others help themselves to become productive members of society, improving the communities we work in and doing our part to fight the war on drugs.”

Finally, as part of the Agreement, the Company and certain debt holders agreed to forgive all but $312,000 in debt which they and the Company then intend to convert in to shares of the Company’s common stock following a judicial review and approval of the terms and conditions of the debt settlement agreement. Since all parties are in agreement with the conversion of the remaining debt into shares of the Company’s common stock, management believes that the court will approve the mutually beneficial agreement as planned. The elimination of the Company’s debt is a significant benefit to the Company, its shareholders and other constituents, and in effect, allows not only TOCCA Life to aggressively pursue its business plan, but is also a substantial benefit to the Company’s other subsidiary, Xirxi Co. Ltd. (‘Xirxi’), although Xirxi will be spun-off in due course under the terms of the Agreement. Cornell went on to state that “In my experience, for a transaction to be successful, everyone must win. We have that here. This transaction places all of the Company’s constituents in a better position, both existing and future; by eliminating almost $1.5M in debt. It also provides us with the opportunity and platform to provide the country with solutions to the age old problem of addiction. All too often there is a tendency to seek legislative solutions where, if given the tools, the players could have solved their own problems without the additional cost to the public. We have already been given those tools, to the extent we need them legislatively, and are taking the lead in using them on all fronts.”

The statements made herein contain forward-looking statements that are based on management’s current expectations and assumptions and are subject to risks and uncertainties. If such risks or uncertainties materialize or such assumptions prove incorrect, our business, operating results, financial condition and stock price could be materially negatively affected. In some cases, forward-looking statements can be identified by terminology including “goal,” “believes” “objective,” “can,” “may,” “will,” or the negative of these terms or other comparable terminology. We operate in a rapidly-changing environment and new risks emerge from time to time. As a result, it is not possible for our management to predict all risks, nor can we assess the impact of all factors on our business or the extent to which any factor, or combination of factors, may cause actual results to differ materially from those contained in any forward-looking statements the Company may make.