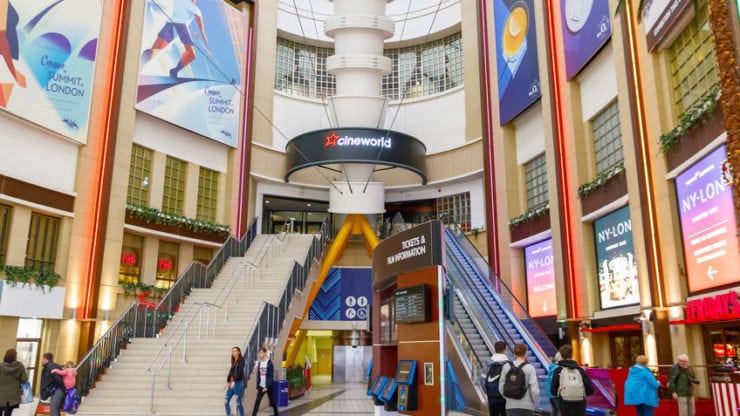 Shares of Cineworld (LON: CINE) tumbled nearly 20% today on news that the firm is considering entering a “company voluntary arrangement” (CVA) in an effort to save its business until the spring.

According to a report by Financial Times, Cineworld is mulling entering a CVA to reduce costs and secure new capital from its lenders. A CVA would likely help the company cut its property expenses as well.

The cinema chain was forced to close all 657 of its theatres across the UK and the US following the reintroduction of restrictions and postponements of Hollywood blockbusters.  The company currently has a £6.2 billion debt and is in discussions with some of its landlords to reduce rents across 127 locations in the United Kingdom.

One of the landlords, AEW, has taken Cineworld to court over an outstanding bill of £308,000. Cineworld hired consulting firm Alix Partners to start emergency discussions with lenders after it was forced to shut down cinemas once again.

However, some believe that Cineworld might need to consider further restructuring in addition to CVA in order to cut its debt.

Following the coronavirus outbreak in spring, the cinema chain shut down its theatres between April and July, which also led to postponements of a number of major titles including new James Bond film “No Time to Die”.

Cineworld hasn’t disclosed any dates for reopening its theatres but rather said it will “continue to monitor the situation”.

However, the positive news regarding the coronavirus vaccine development sent shares of Cineworld up 75% this month. American drugmakers Pfizer/BioNTech and Moderna said their coronavirus vaccine was over 90% effective against the virus, sending a number of markets climbing recently. 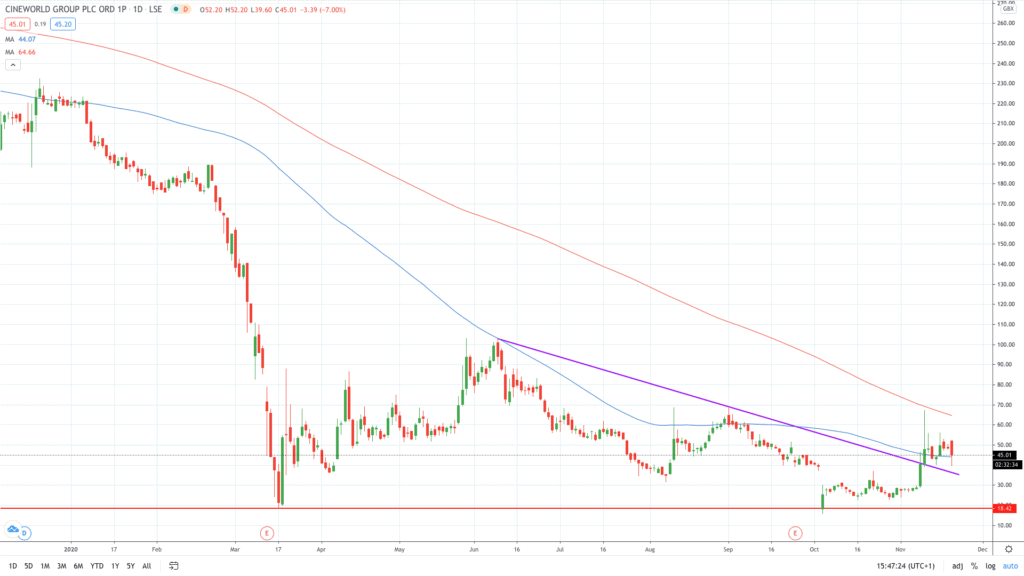 However, today’s news is likely to keep the selling pressure on CINE as shares trade 85% in the red since the beginning of the year. A close below the 100-DMA at 44.06p is likely to increase selling going forward.

Cinema chain Cineworld is pondering the idea of entering a company voluntary arrangement (CVA) in an attempt to cut costs until blockbuster movies return to theatres in spring. As a result, shares plunged nearly 20%.