Are These The Top Marijuana Stocks To Buy After The Georgia Runoff Elections?

By: StockMarket.com
Are These The Best Marijuana Stocks To Buy Ahead Of A Biden / Harris Administration?

Marijuana stocks have been in the news in the last few months, for good reasons. First, Joe Biden won the presidential election in November, with Democrats backing marijuana legalization. More importantly, today the Democrats have finally wrestled the U.S. Senate back from the Republicans. The federal marijuana reform outlook is now at its brightest. Until now, efforts at marijuana reform in Congress, such as ending the federal prohibition on the plant have gone nowhere in a Republican-controlled Senate.

2021 is certainly shaping up to be a great year for top marijuana stocks. Late last year, the U.S. House of Representatives passed the MORE Act, which would decriminalize marijuana nationally by removing cannabis from the Schedule I controlled substance list. The list includes drugs like methamphetamine and heroin that have a high potential for abuse and no therapeutic value. Of course, the bill is a long way from passage. With a newly seated Congress, the MORE Act would need to be reintroduced and passed again in the House.

Will Marijuana Stocks Reach An All-Time High In 2021?

We have already seen marijuana stocks like Innovative Industrial Properties (IIPR Stock Report) and Curaleaf Holdings (CURLF Stock Report) double in valuations in the last year itself. Could similar prospects lie ahead for these top marijuana stocks? Marijuana reform is certainly headed in the right direction. Impressively, two-thirds of Americans now support legalizing the drug according to a survey by Pew Research Center. With so many exciting things surrounding the marijuana industry, are these the top marijuana stocks to buy in the stock market today?

Canopy (NASDAQ: CGC) is a marijuana company that is based in Ontario. It is one of the largest marijuana companies by revenue. The company has advanced the world’s reception of cannabis by focusing on research and product development. Canopy has also become a household name as it presents itself as a brand people can trust. The company’s shares have been up by over 11% on Wednesday. CGC closed Thursday’s trading session at $30.16 a share.

How has the company been doing financially? In its second-quarter fiscal posted in November, the company reported that momentum had been building across all its key businesses. It saw strong growth and market share gains in all its Canadian recreational business. The company has also been accelerating its U.S. growth, which positions it nicely along with the Democrat agenda for marijuana reform this year. The company also saw its net revenue grow by 77% to $104 million. This is due to notable gains in both recreational and medical segments.

Canopy has a partnership with giant Constellation Brands (STZ Stock Report) that gives it an edge over its peers. The two companies have been working on cannabis-infused beverages for the Canadian market. It is no surprise why the company holds an impressive 54% market share of the Canadian cannabis beverage market. Investors could also be bullish about the prospect of Canopy entering the U.S. market. The company has a tentative deal in place to acquire Acreage Holdings once marijuana is legalized in the U.S. at the federal level. With such positive developments surrounding the company, will you be adding CGC stock to your watchlist?

[Read More] Top Renewable Energy Stocks To Watch In January? 1 Up 1000%+ In The Past Year

Tilray (NASDAQ: TLRY) is another marijuana stock that has seen its stock price increase by over 13% on Wednesday. Tilray stock is currently trading 13% higher as of 10:27 a.m. ET on Thursday. The company is a pharmaceutical and cannabis company incorporated in the U.S. with primary operations in Ontario. Tilray also has operations in Australia, New Zealand, Germany, Portugal, and Latin America. In December 2020, the company announced a merger with Aphria (APHA Stock Report), which would create the largest multinational weed company by revenue. 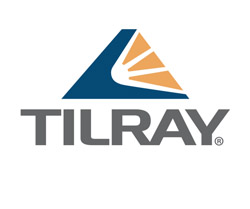 The combination of both companies would lead to state-of-the-art scalable cannabis cultivation in Canada. It also allows for both companies to utilize their provincial strength with Aphria’s leadership in Ontario and Alberta and Tilray’s leadership in Quebec. Both companies will be able to tackle the European medical market, which is estimated to be worth $3.9 billion by 2025.

Aphria’s CEO, Irwin D. Simon had this to say, “Our highly complementary businesses create a combined company with a leading branded product portfolio, including the most comprehensive Cannabis 2.0 product offerings for patients and consumers, along with significant synergies across our operations in Canada, Europe, and the United States. Our business combination with Tilray aligns with our strategic focus and emphasis on our highest return priorities as we strive to generate value for all stakeholders.” Would these exciting times for Tilray be enough for you to buy TLRY stock?

Aurora Cannabis (NYSE: ACB) is a cannabis producer that is based in Canada. The company is the second-largest cannabis company in the world by market capitalization, after Canopy Growth Corporation. Aurora boasts a robust network of subsidiaries and strategic partnerships. The company operates around the globe pursuing new and emerging cannabis markets. This week alone, the company’s shares are up by over 20%.

Aurora has over 100 patents and patent applications in extraction & production systems, medical & recreational products, and plant variety protection. It uses the latest science and innovation strategy to harness cannabinoid technologies. However, the company had been burning cash in 2020 after its business was impacted by a thriving black market in Canada. The company has since implemented several cost-cutting measures. It closed a few production facilities and reduced capital expenditures to market demand levels.

CEO Miguel Martin was optimistic about improving cash flow generation. Last month, Aurora announced that it has made operational & balance sheet improvements. In a press release made by the company, Aurora now has $450 million of cash on its balance sheet and has been improving its cash flow. This would position the company to drive sustainable and long-term revenue growth. With all these in mind, would you consider having ACB stock in your portfolio?