3 Hot Penny Stocks to Watch as GameStop Enters Into NFTs

By: Penny Stocks to Buy, Picks, News and Information | PennyStocks.com - Feed
How NFT Penny Stocks Could be Affected by GameStop’s Move Into Blockchain

Penny stocks have become synonymous with cryptocurrency in the past few months. And, the two are frequently discussed across Reddit, adding to their popularity. For those who don’t know, Reddit has become a place for penny stocks and cryptocurrency investors to join, discussing their favorite and least favorite picks.

These discussions are held on popular Subreddits like r/WallStreetBets as well as less well-known ones like r/SuperStonks. Because there are so many penny stocks on Reddit, investors use this platform to help form watchlists and create new trading ideas.

Why Reddit Is Important for Penny Stock Investors to Consider

To understand why we have to go back a few months. While Reddit traders didn’t have much of an influence a few years ago, the GameStop Corp. (NYSE: GME) fiasco helped to show that retail traders could affect the broader. This occurred when many traders on Reddit got together to invest in GME stock as a way to beat out an institutional investor’s massive short position in it.

Additionally, these investors felt an emotional connection to the company, as it is a major provider of video games, with decades in the industry. From August of last year until today, shares of GME stock have rocketed up by almost 6000%.

This includes today’s gain of around 15% at midday. Gains like this do happen with penny stocks, however, they are quite rare. It’s worth noting that GME stock remains highly volatile and can fluctuate greatly daily.

Today, GameStop announced it would be creating an NFT platform based on the Ethereum blockchain. This sparked major interest in GME and could be why shares are shooting up today.

Gamestop, Crypto, and penny stocks are all frequently talked about on Reddit. And to add NFTs into that makes it even better and arguably, more speculative. Considering all of this, let’s take a look at three hot penny stocks to watch as GameStop enters into NFTs.

Shares of HOFV stock are pushing up by around 4 % at midday on May 26th. While it isn’t necessarily a pure-play crypto stock, Hall of Fame has moved into NFTs in the past few months. Its partnership with Dolphin Entertainment (NASDAQ: DLPN) is working to produce Hall of Fame-inspired NFTs using the H2H Legends (a group of famous NFL players).

The first of these NFTs will use Tim Brown, a Hall of Fame entrant and Heisman Trophy winner, to create a one-of-a-kind NFT as well as a limited edition collectible NFT. CEO of HOFV, Mike Crawford, states that “we couldn’t be more excited to share our first NFTs with the world, highlighting Tim Brown, one of the best to ever play the game of football.”

“Dolphin’s creative mission was to elevate this art to a level that has not yet been achieved for any athlete so far in this space. Inspired by the truly legendary careers of Tim Earl and Doak, we set out to make these collectibles worthy of an icon.”

Outside of this, Hall of Fame is the owner of the Pro Football Hall of Fame. It also owns the Hall of Fame Village, which is a multi-use sport, entertainment, and media destination all centered around football. Considering this sizable move into the NFT and blockchain world, HOFV stock could be worth watching. 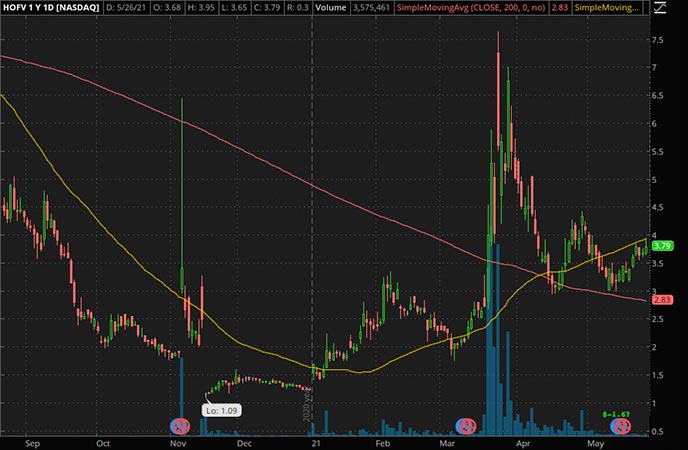 If you’ve played video games in the past several decades, you’ve probably heard of Atari SA. If not, it is one of the most well-known producers of interactive entertainment. This includes games such as Asteroids, and everyone’s favorite, Pong. The company recently created its subsidiary, Atari Chain Ltd. to develop ongoing projects that relate to cryptocurrency and blockchain-based entertainment.

And while Atari has been around since the 70s, it has only recently begun to be back in the public eye. Most of this has to do with its moves into the crypto, blockchain, and NFT world. It is pushing the boundaries on how blockchain technology can be used in the interactive entertainment market.

A few weeks ago, it announced a partnership with Hello There Games and Chain Games to bring the hit game Beat Legend: AVICII, to the blockchain-based gaming platform known as Chain Games Esports.

The Head of Atari Games, Jean-Marcel Nicolai, states that “our team is thrilled to see our strategic partnership with Chain Games elevate the user experience of one of Atari’s latest and greatest games: Beat Legend: AVICII.” This is a big move for the companies involved, and will further Atari’s momentum in both the modern gaming and blockchain ecosystem. With this in mind, will PONGF stock be on your watchlist? 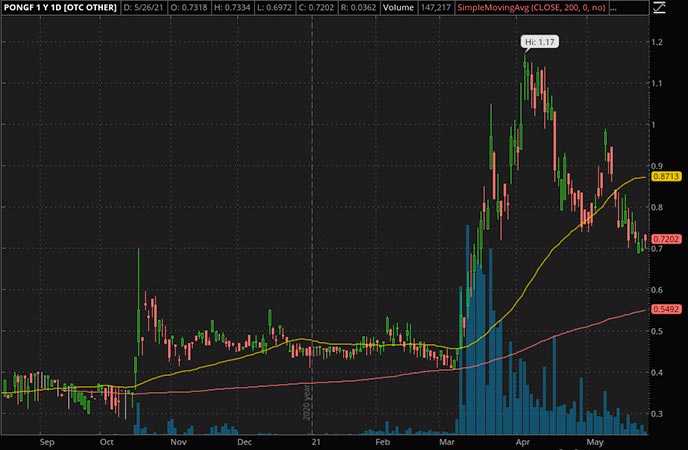 Liquid Media Group is a business solutions company offering its services to independent entertainment creators. This includes everything from film to TV and gaming. The company offers creation, packaging, financing, delivery, and monetization which gives creators the ability to make money off of their products.

Recently, YVR stated that its new strategy involves the Liquid Media Token. This will allow creators to create, use, finance, and license their IP, all utilizing blockchain technology. A few weeks back, Liquid Media announced a letter of intent to acquire iNDIEFLIX. This is a global subscription and VoD streaming service that offers entertainment in the social impact world.

“In recent years, iNDIEFLIX wisely expanded, adding B2B to their foundational B2C service, and is now established in distributing social impact-based film programming and curriculum to an impressive array of audiences and markets including corporate, government, education, and others worldwide.

Scilla’s vision has grown iNDIEFLIX into a market leader in the social impact category of the edultainment sector.”

The deal will involve five equal tranches of 333,333 common shares, with several milestones having to be met along the way. This deal is exciting for both YVR and investors alike. And, as another leader in the blockchain-entertainment world, YVR could be an interesting addition to your list of penny stocks to watch. 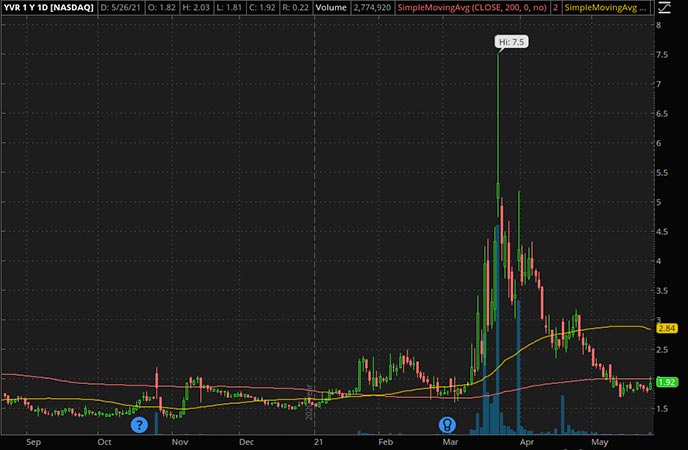 Penny stocks working in the field of blockchain and NFTs continue to be interesting for investors. While GameStop’s move today is just one of many made by businesses in the past few months, it is symbolic of the institutional adoption of blockchain.

[Read More] Are Penny Stocks Worth It? 3 Cheap Stocks To Watch Before June 2021

It’s worth considering that there is still a long way to go before blockchain, NFTs, and cryptocurrency reach their full potential. However, in the meantime, NFT penny stocks continue to present new opportunities.