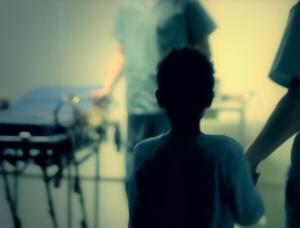 300 NZ children were tortured at Lake Alice Psychiatric Hospital with electroshock, condemned by the UN. CCHR’s tenacity praised as heroic, working with victims to get justice finally after 45 years. Sends message to US authorities to stop similar coercive child abuse.

300 NZ children were tortured at Lakeside Psychiatric Hospital with electroshock, condemned by the UN. CCHR’s tenacity working with victims praised as heroic.

You have taken up a cause for so long, 45 years, and I just want to honor that and that you are among the heroes. Thank you very much.”— Judge Coral Shaw, Chair of the hearing

LOS ANGELES, CALIFORNIA, UNITED STATS, June 17, 2021 /EINPresswire.com/ -- A New Zealand Government Inquiry into Child Abuse at Lake Alice Psychiatric Hospital has heard evidence of 300 children—some as young as 10—being electroshocked without anesthetic to various body parts, including their genitals, as behavior modification.[1] In gut-wrenching testimony streaming live, former patients are testifying about the torture, physical and sexual abuse they commonly endured at the unit, until it was closed in 1978.[2] The Citizens Commission on Human Rights, a 52-year mental health industry watchdog, is acknowledged as being integral in exposing the horrors in 1976, eventually forcing the closure.[3]

When psychiatric organizations and the State failed the victims—over and over, as the Inquiry heard this week—CCHR persisted, helping Lake Alice survivor Paul Zentveld take the matter to the United Nations in 2019, which said the torture must be investigated. That is now happening and lead counsel for the inquiry, Andrew Molloy, speaking about CCHR, said: “There are not many lawyers, let alone laypeople, who have taken the matter to the United Nations, let alone have succeeded there.”[4] Judge Coral Shaw, Chair of the hearing, said the CCHR representatives are “heroes.” “You have taken up a cause for so long, 45 years, and I just want to honor that and that you are among the heroes. Thank you very much.”

CCHR International’s president, Jan Eastgate, had just joined the group in Australia when the Lake Alice electroshock assault on children had been exposed. Now based in Los Angeles, she said the hearing in NZ is relevant to the U.S. today: “Children have been electroshocked and a version of this brutal behavior modification in NZ is still used in at least one U.S. state today. Troubled youths in the U.S. are being killed by restraints in psychiatric facilities and also electroshocked. The fact that NZ is finally rectifying this torture sends a message to U.S. authorities to take the recent World Health Organization guidelines against coercive psychiatry and prohibit forced psychiatric treatment.”

The stories being told before the NZ inquiry have brought the authorities hearing them to tears. Central to the inquiry is now-deregistered psychiatrist Selwyn Leeks, 92, who fled NZ when the shock ward was shut down, moving to Australia where he continued to practice.[5]

Children were dragged kicking and screaming in the knowledge they were going to be given the shocks, sometimes lasting up to four minutes—without anesthesia.[6] Testimony includes:

• As a 10-year-old boy, electricity was blasted through Rangi Wickliffe’s brain. Leeks also moved the electrodes around Wickliffe’s head and upper body, telling him: “I think I can make you scream louder.” The shocks continued as punishment for alleged transgressions, such as not eating vegetables. The experience put him off going into hospitals, stating: “I get out of there as fast as possible knowing that the terror is coming... terrified of a smell, terrified of a sound. This is torture.” He was also sexually assaulted and gang raped. Now 59, he said emotionally: “My name is Rangi Wickliffe…The little boy inside me has spoken.”[7]

• Tyrone Marks, 11, was sexually abused on his first night before being subjected to electric shocks. Staff members walked around the unit with the electric box, saying: “It’s your turn. This could be you.” “[Leeks] was enjoying the pain that he was getting out of it, your reaction to it, and he would say things like, ‘You’re not going to get cheeky again. You’re not going to be disobedient….What he was doing with us, he was playing with our lives. He was electrocuting us.”[8]

• Hake Halo, 13, asked “Is it going to hurt?” “Yes, it is,” Leeks said. “Please, I don’t want it,” the youngster pleaded. “I am sorry, but it has to be done whether you like it or not,” Leeks replied. The electroshock machine was activated and Hake was knocked out. The next time he wasn’t so lucky. After that, the shocks were like “being hit by a sledgehammer on the head....Your body’s off the bed.” His screams echoed around the unit.[9]

Barry Parsonson, a clinical psychologist, told the hearing that the electroshock was torture. "The only people who did that were state organs of terror, namely the Gestapo…."[10] Patients were instructed to shock fellow patients using the ECT device.[11]

Further, “The inquiry was established because justice was never served. The cover-up for decades included other Lake Alice psychiatrists, psychiatric associations and the medical council that failed to protect these children or believe them. We see the same thing happening in the U.S. today with restraint and electroshock, especially in the ‘troubled teen’ behavioral industry.”

CCHR is responsible for more than 190 laws worldwide that protect patients from psychiatric abuse, including prohibition of electroshock on minors. Sign CCHR’s Petition to Ban ECT.