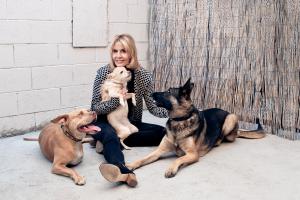 LOS ANGELES, CA, UNITED STATES, June 17, 2021 /EINPresswire.com/ -- Commenting on a story detailing the demise of Venice Beach, California, as it is plagued by rampant homelessness, actor James Woods declared, “All of Los Angeles County is like this now. There are some pockets of respite, but L.A. is gone.” Homelessness remains visible on our streets. When you look around Skid Row and greater Los Angeles, you see countless people living in tents, make-shift shelters and their vehicles. The hard truth is that 75% of people experiencing homelessness lack permanent shelter and have to make due with whatever they can find.

Los Angeles City Council candidate and environmentalist, Molly Basler, is in agreement on the homeless crisis and believes we need immediate change. James Woods is spot on,"" states Basler. "It’s not just the demise of Venice Beach California, it’s the demise of ALL of Los Angeles with the homelessness/lack of affordable housing. This is a humanitarian crisis. Not only are people living on our streets, they are dying. This issue has just gotten worse and worse, NOT better. Why?"

Chronic homelessness is a long-term problem. For many of our vulnerable friends and neighbors experiencing homelessness, hope for a better life can be hard to grasp. But for those with disabling conditions like Diabetes, Alzheimer’s and other physical disabilities, many face long or repeated episodes of homelessness. In reality, over 16,000 people have been without housing for over a year and have a condition that makes homelessness even more difficult.

"Los Angeles is one of the wealthiest cities in the world and we really should be able to solve this issue," concludes Basler. "Haven’t we had enough? I certainly have."