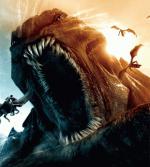 When it comes to Chrome, Google has long been addicted to speed. And for many tasks on the web today, that speed is related to how fast your JavaScript engine is. Google has long held that their's is the fastest. But it's hard to know for sure because there are a few different benchmark suites to test such speeds — and the most popular ones are made by companies with stakes in the game: Apple, Mozilla, and yes, Google. In a post yesterday on their Chromium, it's pretty clear that Google feels their V8 benchmark suite is the best. In fact, they directly call our their rivals' suites, noting bugs and saying that they must evolve. And then they go one step further: providing links to versions of the rivals' suites supposedly perfected by Google!
Read More >>
Related Stocks:
Data & News supplied by www.cloudquote.io
Stock quotes supplied by Barchart
Quotes delayed at least 20 minutes.
By accessing this page, you agree to the following
Privacy Policy and Terms and Conditions.