By: Money Morning
La Quinta Holdings Inc. (NYSE: LQ ) stock was down in its first day of trading today (Wednesday) after the company's IPO price disappointed early investors. The company announced late Tuesday that it was offering 38.3 million shares at $17 each. The company had estimated offering 37.2 million shares at a price range of $18 to $21. The post La Quinta (NYSE: LQ) IPO Price Disappoints, but Bullish Indicators Remain appeared first on Money Morning - Only the News You Can Profit From . 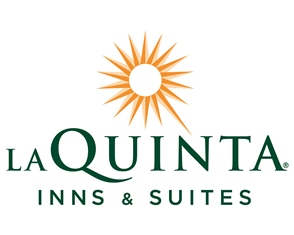 The $650 million the company raised through its IPO was well below the $725 million it would have raised at the mid-point of its initial range. The terms of today's IPO give La Quinta a market value of approximately $2.1 billion.

LQ is backed by The Blackstone Group (NYSE: BX) and is the third hotel company that Blackstone has taken public in the last six months, following the IPOs of Hilton Worldwide Holdings Inc. (NYSE: HLT) and Extended Stay America Inc. (NYSE: STAY).

While the La Quinta IPO price and early trading action came as a disappointment to shareholders, there are still bullish indicators for LQ and the hotel industry...

"We sold more rooms than ever before in 2013," Freitag told Bloomberg. "We're seeing demand holding up pretty well. Unemployment is coming down slowly, personal income is going up and debt-service ratios for private consumers are at an all-time low. A lot of people had to cut back and now might be the time for travel again."

And the bullish industry indicators don't stop there...

While LQ stock opened the day down on news that its IPO price hadn't met projections, it rebounded in the afternoon and was up as much as 3% Wednesday.

It may not have gotten off to the hottest start, but LQ has reported revenue growth in the last year and is operating in an industry that has been growing steadily since the end of the recession.

Did you get in on the La Quinta IPO, or are you investing in any other IPOs this week? Let us know on Twitter @moneymorning using #IPOs.

Change can be disrupting, but it can also be hugely profitable. The number of double-digit profit opportunities in this controversial market is about to soar...

The post La Quinta (NYSE: LQ) IPO Price Disappoints, but Bullish Indicators Remain appeared first on Money Morning - Only the News You Can Profit From.