By: Money Morning
The WeiboIPO price was a disappointment to investors today (Thursday) when the company offered shares at $17 and raised $286 million. But that didn't stop WB stock from surging 44% in its opening day of trading. The post Low Weibo IPO Price Didn't Hurt Stock, but Can This Rise Continue? appeared first on Money Morning - Only the News You Can Profit From .

The Weibo Corp. (Nasdaq: WB) IPO price was a disappointment to investors today (Thursday) when the company offered shares at the low end of its proposed $17 to $19 range.

But that didn't stop the stock from soaring more than 44% today in its first trading day...

Weibo is a micro-blogging site in China that operates similarly to Twitter Inc. (NYSE: TWTR). The social media site allows users to send short, public messages, and lets followers comment and repost. The site was launched in 2009 and boasted 144 million monthly active users as of March 2014.

The company raised $286 million in its IPO by selling 16.8 million shares at $17 each. That gives Weibo a valuation of approximately $3.4 billion.

The decision to set a lower IPO price paid off early for WB stock, as the stock touched a high of $24.48 this afternoon. 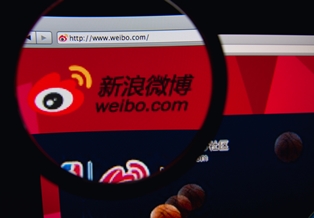 A Reuters report cited an unnamed banker familiar with the deal who said, "We wanted to have a deal that works from a market perspective."

Weibo had previously planned on raising $360 million by offering 20 million shares. The company decided to sell fewer shares at a lower price following the recent sell-off in the tech sector.

Weibo's parent company Sina Corp. (Nasdaq: SINA) has been hit hard by the recent tech sell-off, down 17% in the last month. However, today's IPO sent SINA shares up 9% in afternoon trading.

By pricing shares lower, the company hoped to bring in investors who may have feared the stock was overpriced. According to Reuters, Weibo also offered fewer shares than initially planned in an attempt to lower dilution.

While the company raised less money than it had initially planned, the 44% pop in the stock's first few hours of trading suggests the strategy paid off.

So with the Weibo IPO price concerns behind us, what's next for the stock?

For investors contemplating buying WB stock now, here are the most important factors to consider...

While revenue has steadily increased, there are still concerns regarding the state of microblogging in China.

In September 2013, China instituted the "anti-rumor campaign," which carries a maximum penalty of three years imprisonment for anyone who knowingly shares false information online. Since the new censorship went into effect, postings on Weibo have dropped by 70%.

That, combined with the recent performance of tech stocks, makes today's gain for WB shares somewhat surprising. At first glance, the tightly controlled nature of China's media would seem to have a negative impact on revenue, and stock performance.

But, Weibo is closely connected to the Chinese e-commerce firm Alibaba, which is also preparing for its own massive IPO. According to The Wall Street Journal, Alibaba owns about a 30% stake in Weibo, and the Weibo IPO is serving as a way for investors to get a piece of Alibaba before it goes public.

Alibaba is preparing for an IPO that could reach $15 billion or more, making it the largest IPO since Facebook Inc.'s (Nasdaq: FB) 2012 public offering.

Weibo may continue to benefit from its relationship with Alibaba in the short term, but for now it's a risky investment, particularly at such inflated first-day levels. The unsettled nature of microblogging in China and the extremely volatile tech sector make this a dangerous play.

"That's a [stock] that is a complete wildcard," Money Morning's Chief Investment Strategist Keith Fitz-Gerald said on CNBC World last night. "It has a very complicated ownership structure. The monetization metrics that normally you'd apply in the United States markets don't apply in China because it's different technologically speaking. The way [the media] is used is very different, and the mobile appreciation by the consumers is very different."

Are you investing in the Weibo IPO or any other upcoming IPOs? Tell us on Twitter @moneymorning using #IPOs and #Weibo.

The fact is, Obamacare is at least partly responsible for some of the biotech sector's recent sell-off. But these stocks will prosper regardless of Obamacare's fate...

The post Low Weibo IPO Price Didn't Hurt Stock, but Can This Rise Continue? appeared first on Money Morning - Only the News You Can Profit From.