By: Money Morning
With Facebook (Nasdaq: FB) stock now surging after its 2012 initial public offering disaster (investors have enjoyed a 140% return over the past nine months), excitement over upcoming social media IPOs is higher now more than ever. Of all the potential upcoming social media IPOs this year, two stand out - both are well-established and stable companies with overwhelming public popularity. The post The Two Prime Contenders For Upcoming Social Media IPOs appeared first on Money Morning - Only the News You Can Profit From . 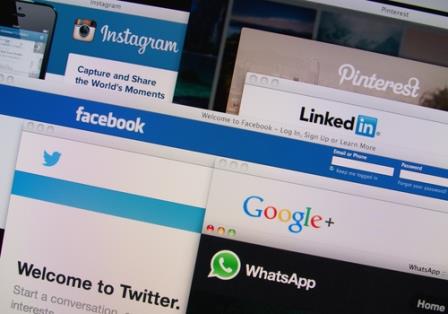 With Facebook (Nasdaq: FB) stock now surging after its 2012 initial public offering disaster (investors have enjoyed a 140% return over the past nine months), excitement over upcoming social media IPOs is higher now than ever before.

Of all the potential upcoming social media IPOs this year, two stand out: Pinterest and Foursquare. These are both well-established and stable companies with overwhelming user popularity.

Here's a look at these two social media companies that may be set for a public debut this year...

Pinterest, a "virtual scrapbooking" service, is among the most popular sites on the web. Its services are used by about one-fifth of online American adults at any given time.

From a net worth of $1.5 billion two years ago, the company is now estimated to be valued around the $4 billion mark. It recently raised $564 million in a round of funding. At present, Pinterest does not make significant use of advertising, but estimates suggest that this could be worth $500 million in the next two years.

In January, the company's co-founder and chief executive officer, Ben Silbermann, granted an interview to The Wall Street Journal in which he talked about Pinterest's success and his plans for the company's future. Silbermann declined to discuss suggestions that an IPO might be in the works, instead focusing on advertising growth as Pinterest's next major development. But over the last few weeks, rumors of an IPO have surged.

ZDNet columnist Eileen Brown wrote this month that she believes Pinterest is ready to "mature," and that going public would allow it the capital necessary to stimulate growth. If Brown is right, look for Pinterest to be among the upcoming social media IPOs this year.

Foursquare's story is a perfect example of just how vital adaptability is in today's Internet marketplace.

Originally best known for its services that allowed users to track their friends' locations, the company recently shifted its focus to extend its "check in" feature to become a hub for local information. For instance, the company will be a quick go-to resource if you're looking for a cheap, well-reviewed Tex Mex restaurant in the area, or a pharmacy to fill a prescription.

The expansion seems to be paying off for Foursquare. Revenue grew 600% in 2013, and in the first quarter of 2014, the company said it expected its revenue to be up 500% above the equivalent period in 2013. Combined with strong user-base growth - 45 million people are now making use of Foursquare's services -it's hardly surprising that the company could be one of the most promising upcoming social media IPOs.

A clue to the company's IPO intentions came when Foursquare CEO Dennis Crowley gave an interview to CNBC in March. Crowley talked a lot about the company's future plans - an area ripe for potential IPO-driven investment. He also rebuffed offers to sell.

"We've had plenty of opportunities to sell the company and we turned them down, a number of times. What we're doing is not a sprint from A to B; it's a marathon," Crowley said. "There are exits involved but it starts with what is the size of the market and are you going to win? From an economics standpoint it doesn't make sense to sell."

That could mean Crowley sees his company going in a different direction - making Foursquare a prime candidate for the upcoming social media IPOs of 2014.

Like Crowley and Silbermann, tech CEOs make decisions that turn fledgling startups into billion-dollar industry leaders. As we like to say, "A good CEO can create a very strong company. But a great CEO can create an empire." Tap into these five tech CEOs that will make you rich...

The post The Two Prime Contenders For Upcoming Social Media IPOs appeared first on Money Morning - Only the News You Can Profit From.