AbbVie Inc. (NYSE: ABBV) stock was up 2.45% at noon Friday after the Chicago-based company announced it finally inked a $54.8 billion deal with Ireland-headquartered Shire Plc. (Nasdaq ADR: SHPG) after weeks of back-and-forth negotiations. The move has strategic merit in that it gives AbbVie a much-needed new drug portfolio. But it's the substantial tax advantage that figures heavily into the equation. The post AbbVie (NYSE: ABBV) Stock Up After Making Biggest Tax Inversion Deal Ever appeared first on Money Morning - Only the News You Can Profit From . 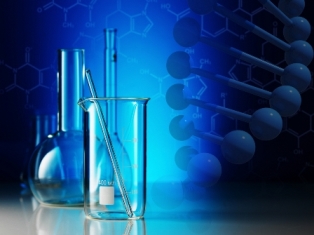 AbbVie Inc. (NYSE: ABBV) stock was up 2.45% at noon Friday after the Chicago-based company announced it finally inked a $54.8 billion deal with Ireland-headquartered Shire Plc. (Nasdaq ADR: SHPG). The news came after weeks of back-and-forth negotiations.

The move has strategic merit in that it gives AbbVie a much-needed new drug portfolio. But it's the substantial tax advantage that figures heavily into the equation.

"This transaction is a combination of two leading companies with leadership positions in specialty pharmaceuticals that would create a global market leader with unique characteristics and a compelling investment thesis," AbbVie's chief executive, Richard A. Gonzalez, said. "AbbVie will bring greater financial strength and R&D experience to this combination that will enable both companies to reach their full potential for their shareholders and patients in need across the globe."

Under terms of the cash-and-stock deal announced Friday (the biggest deal of the year), AbbVie will pay 24.44 pounds, or $41.78 in cash, and 0.8960 AbbVie share for each outstanding Shire share. The transaction values Shire at a 53% premium to its closing price on May 2, the day before AbbVie's first offer, and almost double where Shire shares started the year.

The deal came after four previous bids, deemed too low, were rejected by Shire. It also was announced just hours ahead of a deadline set by the UK takeover panel.

"We believe that this offer reflects the substantial value that we have already created for Shire's shareholders and the strength of our future prospects," Shire Chairwoman Susan Kilsby said in a statement.

Why AbbVie Wants Shire... and What the Deal Means for ABBV Stock

AbbVie, which split from Abbot Laboratories (NYSE: ABT) a year ago, is best known for and heavily reliant on its key drug, Humira.

Humira generates roughly 60% of AbbVie's revenue. And, it loses U.S. patent protection in 2016.

That was part of the reason AbbVie was so persistent in pursuing Shire. Another big reason is that the Chicago-headquartered company can now incorporate overseas, a move that will substantially slash its U.S. tax bill - which is more good news for ABBV stock...

AbbVie plans to create a combined company with Shire and incorporate in Jersey, the Channel Islands.

The new company's effective tax rate will be about 13%, sharply lower than AbbVie's current rate of about 22%. The deal is one of the biggest to date driven by the tactic called tax inversion.

Inversions allows companies to trim their overall tax burden by avoiding America's hefty 35% corporate tax rate - 40% on average including state levies - on income earned overseas. The combined U.S. tax rate is double the average in Europe and more than triple the 12.5% rate in Ireland.

Some 50 companies have reincorporated overseas over the last decade, according to The Wall Street Journal. Ireland, Canada, Bermuda, and the UK are favored destinations.

The pace, however, has picked up in recent months.

Amid the burst of tax inversion deals, Washington has ramped up efforts to curb the trend.

In a letter to Congress on Tuesday, Treasury Secretary Jacob Lew urged lawmakers to take action immediately to "shut down this abuse of our tax system." He also called for companies to demonstrate a "new sense of economic patriotism."

Congressional staff estimates show inversions will cost the U.S. Treasury $20 billion in the next decade.

Some Democrats favor a quick fix, which includes shutting the exit doors for companies looking to leave by imposing a higher threshold on foreign ownership. A long-term fix being mulled over is to rewrite the highly criticized U.S. corporate tax rules.

It's highly unlikely that a tax code overhaul will pass this year, or even next.

In the meantime, companies seriously considering an overseas tax inversion are apt to act quickly.

As Michael J. Graetz, a Columbia University professor, a tax-policy official in the George H.W. Bush administration, and an accomplished author on tax issues, wrote Thursday in an op-ed piece for The Wall Street Journal, "Instead of trying to bar U.S. companies from going overseas, why not make American more hospitable?"

Don't Miss Today's Top Story: Outstanding U.S. student loan debt exceeds $1.2 trillion, and now those who owe are preyed on by a new parasitic source. Is the Great American Dream turning into a scam?

The post AbbVie (NYSE: ABBV) Stock Up After Making Biggest Tax Inversion Deal Ever appeared first on Money Morning - Only the News You Can Profit From.