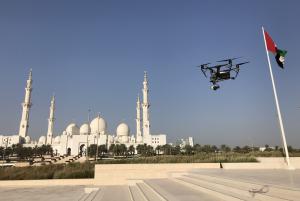 If a picture this worth a thousand words, aerial picture is worth ten thousand.”— Hatim Saleh

Choppershoot started its Aerial Filming business in 2005, during the boom of Dubai's property market. 15% of worlds construction crane was in Dubai.

With Head Office in Dubai and now new Branch in Abu Dhabi Choppershoot is well versed to serve its clientele in both emirates.

With the recent rise in demand for Drone technology and experienced Drone Pilots Choppershoot's primary business has shifted from filming large developments to TVD Ads, Films and Live drone broadcasting.

With Drone technology development so fast and authorities around the world are scrambling to draft regulations to gover this fasted growing industry of flying gadgets.

UAE has strict regulations to fly drones within its airscape. Choppershoot has complete lknowledge or drone filming permit in UAE and surrounding nations..

For More information please get in touch on given contacts..