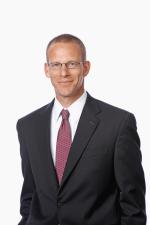 “Stephen has nearly a decade of public company CFO experience in the transportation industry – his proven track record, along with his strong operational approach to finance and leadership skills will complement our management team,” said Schneider President and Chief Executive Officer Chris Lofgren. “Among the many other great qualities that Stephen brings to the team, his public company experience will augment our newly created connectivity with the analyst and investor community.”

Schneider previously announced on January 5, 2018 that Lutey would be retiring after a transition period. Lutey's retirement is expected to become effective on April 27, 2018 in connection with Bruffett's commencement of his role.

A $4.4 billion company (2017 revenue), Schneider has been delivering superior customer experiences and safely getting it done for over 80 years. For more information about Schneider, visit www.schneider.com or follow on Twitter: @WeAreSchneider.