Williams Appoints Vicki Fuller to Board of Directors 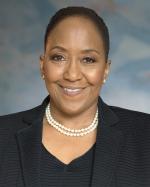 The Williams Companies, Inc. (NYSE: WMB) (“Williams”) today announced that its Board of Directors has appointed Vicki Fuller as an independent director on the Board, effective immediately.

Vicki Fuller has been appointed to the Williams Board of Directors. (Photo: Business Wire)

Ms. Fuller is joining the Williams Board after recently retiring following a highly successful six-year tenure as chief investment officer of the New York State Common Retirement Fund (“NYSCRF”), the third largest public pension fund in the nation with a value of $207.4 billion (as of March 31, 2018) in assets under management. Prior to her work at the NYSCRF, she served 27 years in several leadership positions at AllianceBernstein including as managing director from 2006 to 2012.

Ms. Fuller has been appointed to the Board’s Audit, and Nominating and Governance committees.

“The Williams Board is pleased to welcome an outstanding new director in Vicki, who brings a wealth of successful financial leadership to our Board,” said Stephen W. Bergstrom, chairman of the Williams Board of Directors. “Vicki’s impressive investment management experience and her commitment to strong, independent corporate leadership provide an excellent addition to the membership of our Board - extending the Company’s long history of strong, independent corporate governance.”

“Vicki’s tremendous success in leading the New York State Common Retirement Fund reflects well on her leadership skills and financial expertise,” said Alan Armstrong, president and chief executive officer. “Her investment management insights will be invaluable in our ongoing efforts to expand our investor base, and her appointment reflects well on Williams’ ongoing commitment to the enhancement of stockholder value.”

The Williams Board of Directors now consists of 12 members, 11 of whom are independent.

Vicki Fuller recently announced her retirement from the New York State Common Retirement Fund (NYSCRF) where she had served as chief investment officer since August 2012. The fund is the third largest public pension fund in the nation and holds and invests the assets of the New York State and Local Retirement System on behalf of more than one million state and local government employees and retirees and their beneficiaries. Prior to joining NYSCRF, Ms. Fuller spent 27 years in leadership positions at AllianceBernstein, which has approximately $500 billion in assets under management. She joined the company in 1993 from the Equitable Capital Management Corporation, which was acquired by Alliance Capital Management LP (In 2000, the company became AllianceBernstein LP after the company acquired Sanford C. Bernstein). Ms. Fuller, who was inducted into the National Association of Securities Professionals Wall Street Hall of Fame, was named to Chief Investment Officer Magazine’s “Power 100” and received the Financial Women’s Association’s Woman of the Year Award. She has also been named one of the most powerful African Americans on Wall Street by Black Enterprise. Ms. Fuller obtained her bachelor’s degree in accounting from Roosevelt University and her MBA from the University of Chicago.

Portions of this document may constitute “forward-looking statements” as defined by federal law. Although the company believes any such statements are based on reasonable assumptions, there is no assurance that actual outcomes will not be materially different. Any such statements are made in reliance on the “safe harbor” protections provided under the Private Securities Reform Act of 1995. Additional information about issues that could lead to material changes in performance is contained in the company’s annual and quarterly reports filed with the Securities and Exchange Commission.