By: PRWeb via PRWeb 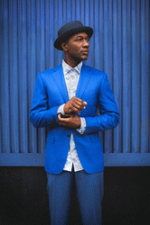 Outdoor retailer L.L.Bean has hosted a free outdoor summer concert series for decades at its flagship store in Freeport, Maine. This year the music continues into fall with Aloe Blacc performing live in concert at Discovery Park on Saturday, September 28 at 5:00 p.m. presented by Mastercard.

Aloe Blacc released his major-label debut, Lift Your Spirit, a fusion of soul, folk, R&B, and pop in 2014. The Grammy Award-nominated album spanned from feel-good anthems like the platinum-selling single “The Man” to intensely charged tracks like Blacc’s acoustic version of “Wake Me Up,” the massive hit he sang and co-wrote for the late Swedish DJ Avicii, which topped the charts in more than 100 countries.

Now at work on the follow-up to Lift Your Spirit, the L.A.-born rapper/singer/songwriter has expanded his emotional terrain to capture an even more personal element of the human experience. “My goal for this next album is to continue with the aspirational songs I’ve been writing for a while now, but add a dimension that’s more focused on love and relationships,” says Blacc. “My own relationship with my family and my wife is so important to me, and I want these songs to give people the opportunity to celebrate the love in their life.”

As with other L.L.Bean concerts, attendees are welcome to setup their own chairs for the outdoor concert, beginning at 6:00 a.m. the day of the show.

About L.L.Bean, Inc.
L.L.Bean, Inc. is a leading multichannel merchant of quality outdoor gear and apparel. Founded in 1912 by Leon Leonwood Bean, the company began as a one-room operation selling a single product, the Maine Hunting Shoe. L.L.Bean is a family-owned Maine company led by Executive Chairman Shawn Gorman, the great-grandson of Leon Leonwood Bean, and Stephen Smith, President and CEO. While its business has grown over the years, L.L.Bean continues to uphold the values of its founder, including his dedication to quality, customer service and a love of the outdoors. In the past five years, L.L.Bean has donated over $6 million toward conservation and land stewardship. L.L.Bean currently operates 45 stores in 19 states across the United States, along with 28 stores in Japan and one in Canada. The 220,000-sq. ft. L.L.Bean retail store campus in Freeport, ME, is open 24 hours a day, 365 days a year and welcomes more than 3 million visitors every year. L.L.Bean can be found worldwide at http://www.llbean.com, Facebook, Twitter, YouTube, Pinterest, and Instagram.

For the original version on PRWeb visit: https://www.prweb.com/releases/l_l_bean_welcomes_aloe_blacc_to_freeport_for_free_fall_outdoor_concert/prweb16577167.htm