In 5 days, 61 shows were arranged at Manege and other venues, participated by 117 designers and 1,150 models. This large-scale event was covered by 1,600+ Russian and foreign media representatives and 850+ influencers. In a mere 5 days, the event was attended by 60,000+ people. For those unable to come to the Russian Fashion Week in person, 51 web-sites offered 60 hours of live broadcasts. Audience coverage by bloggers reached million people. 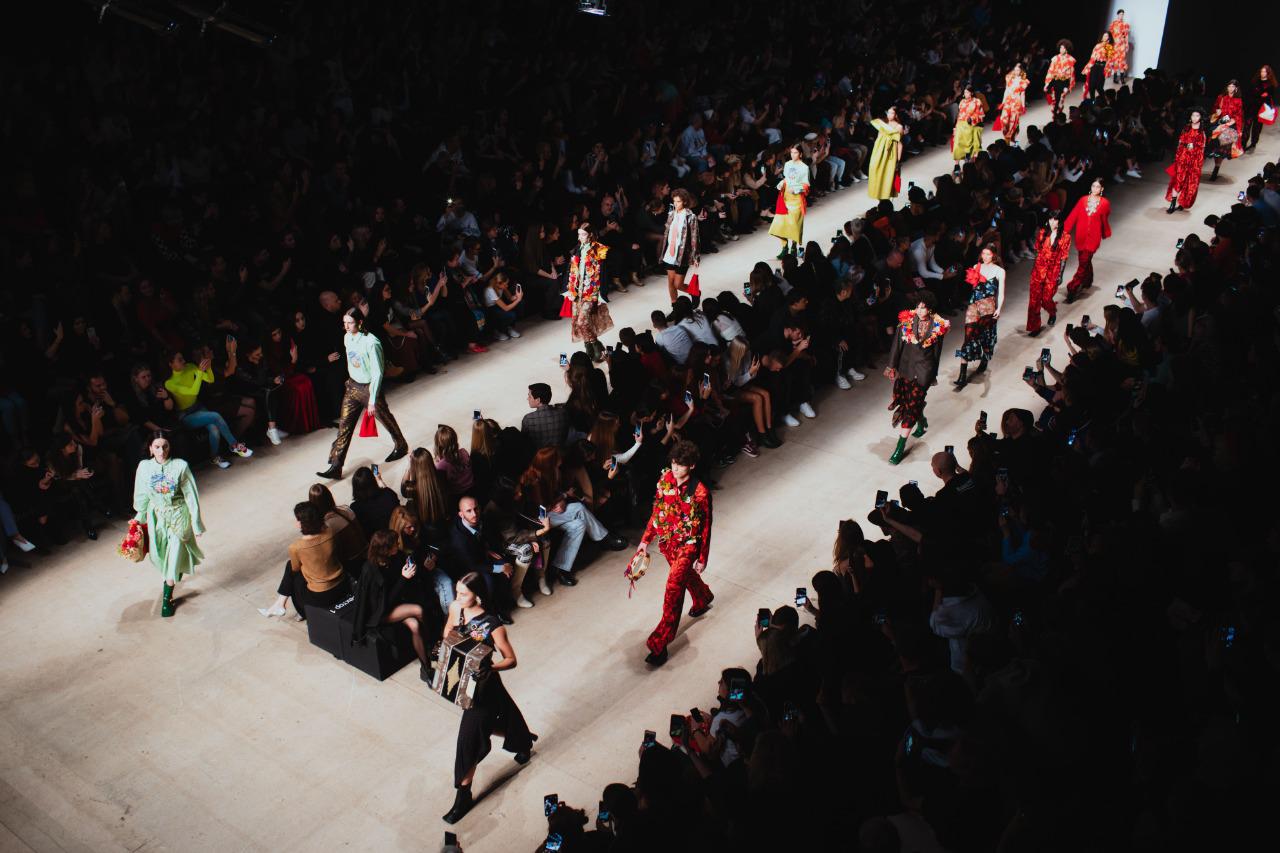 Special attention was given to the shows of 10 emerging designers from 9 countries: Argentina, Belgium, China, France, Germany, Spain, Sweden, Switzerland and UK. They presented their bold and exclusive collections during Global Talents, supported by glo.

This year, guests of the event could not only acquire designer clothing and accessories at POP-UP SHOP, but also hand in things they didn’t need anymore within the Svalka project. At the temporary designer store at the lower level of Manege, containers for unused clothes were installed.

Special workshops were arranged with support from ASUS: the specialists showed how to make digital clothing sketches, how to shoot and process photographs from backstage and street style sessions, how to promote private brands on Instagram, and how to make AR filters for Instagram, as well as fashion illustrations.

At MBFW Russia, a presentation of glo x Tigran Avetisyan collaboration was presented. Having united with a talented designer Tigran Avetisyan, graduate of Saint Martins and LVMH grant-holder, glo as a brand interested in innovation and experimentation, presented a unique show on the edge of fashion and art. The special show was managed by a stage director, and the designer made some sculptures right in front of the audience. In just a few minutes, the designer made several sculptures that were labeled with metal signs, containing the descriptions. Within this collaboration, Tigran made some accessories for glo in his characteristic manner: cases and bags with outer pockets for devices, which became part of his art objects.

On October 16 and 17, the first performance by ARTIS PROJECT took place, offering a new approach on conscious consumption and eco-sustainable clothing production.

Mary Kay, official makeup artist of the Fashion Week, didn’t just help the models to get ready for their appearance at the catwalk, but also presented their collection of matte and luminous foundations TimeWise 3D. To do the presentation, Luis Casco, Mary Kay® Global Beauty Ambassador and celebrity stylist, came to Moscow from Los-Angeles.

About The Regular Agency