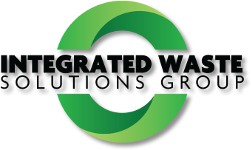 ​​​​​Integrated Waste Solutions Group, LLC (IWSG) is pleased to announce funding from NOVA Infrastructure, the completion of the acquisition of  Central Texas Refuse, Inc. and its affiliates (CTR) and the agreement with Green Group Holdings to acquire 130 Environmental Park.

“We are excited to announce our partnership with NOVA Infrastructure to fund our vertically integrated solid waste business strategy in selected geographic regions in the United States. We are well funded, have a strong and experienced management team and are proud to work with the leadership of CTR and the 130 Environmental Park project to launch our business model in Central Texas,” said Charlie Appleby, Founder and Chairman of IWSG.

CTR (https://centraltexasrefuse.com) is a highly respected full-service waste collection and recycling company serving Austin, TX and surrounding areas. The company is one of the largest independent waste collection service organizations in Central Texas. Founded in 1981 by the families of Richard Butler, William Butler, James Schenk, Donald Schenk, and Dennis DeGolier, CTR has grown through organic expansion and currently operates from four primary locations in Southeast Austin, Round Rock, Lockhart, and a comprehensive single-stream recycling facility in Hutto / Taylor, Texas. Debt financing for the transaction was provided by Comerica Bank.

Upon closing of the sale, Mike Lavengco, the General Manager of CTR, will become the Chief Executive Officer and a Director of IWSG. “We are very pleased to be one of the launching points for the growth of IWSG,” Lavengco said. “Our ownership group was impressed with the experience that the IWSG founders brought to the table as well as their commitment to our employees and customers. Many of our employees will have even better advancement opportunities in a company with greater scale and size as we move forward.”

IWSG is also excited to announce that it has entered into an agreement with Green Group Holdings, LLC related to the 130 Environmental Park project.

130 Environmental Park (130 EP) is the holder of a Municipal Solid Waste (MSW) Permit for a Type I MSW Landfill Facility issued by the Texas Commission on Environmental Quality (TCEQ). 130 EP is a mixed-use development in northern Caldwell County that is located east of the 130 Toll Road and north of FM 1185. The development will include the landfill, a facility for processing recyclable materials, and an industrial park. The landfill will be a highly engineered, environmentally friendly waste management facility that will provide good-paying jobs and new business opportunities for local contractors and service providers. The 130 EP facility has also received permits from the U.S. Army Corps of Engineers and Caldwell County, as well as authorization from TCEQ for an operation to recycle various types of materials from construction projects in the area.

Under the terms of the agreement, IWSG, through a subsidiary, will own, construct, and operate the facility. Green Group Holdings will own a minority interest in IWSG and participate in the leadership and development of the company.

“Working with IWSG on the 130 Environmental Park project gives us the ability to participate in a fully integrated solid waste and recycling business in Central Texas,” said David Green, President of Green Group Holdings. “This move gives IWSG the scale and leverage to compete in the market and provide comprehensive services to our customers. We are thrilled to be a part of the IWSG team.”

It is anticipated the construction of the 130 Environmental disposal facility will start this spring and operations will commence in early 2021.

IWSG’s business model is to develop integrated solid waste collection and disposal operations in selected regions throughout the United States.

Charlie Appleby is the Chairman of IWSG. Charlie was a founder and retired CEO of Advanced Disposal Services (ADS). Under his stewardship, ADS grew from a small regional operation to the fourth largest solid waste management company in the United States, with operations providing integrated solid waste services throughout the eastern United States and the Bahamas. Charlie served as a Trustee of the National Waste & Recycling Association from 2008 to 2016, and as Chairman of the Board from 2010 to 2014. He was inducted into the National Waste & Recycling Hall of Fame in 2014. He has been a director of the Detachable Container Association since 2009 and served as the organization’s president from 2015 to 2017. In 2009, he was selected as an Ernst & Young Florida Entrepreneur of the Year Award Winner.

Mike Lavengco assumed management of CTR in 2013 after a 29-year career in the waste industry with major corporations such as Waste Management and BFI, holding key positions at all levels including Sales, Sales Management, Division President, Governmental Affairs, Area VP, and M&A in a five-state region in South Central U.S. including Texas, Oklahoma, Arkansas, Louisiana, & Missouri. While in Louisiana, Lavengco was appointed by the Governor of Louisiana to the Louisiana Economic Development Board. In Texas, he has served as a Planning and Zoning Commissioner in two counties as well as Emergency Services District Commissioner in a third County in Texas. Additionally, Lavengco has served on the board of directors for both the HGS - Shell Houston Open and the Louisiana Open Web.com Tour for over 15 years on their Boards and Executive Committees.

David Green is the President of Green Group Holdings and is a Board Member of IWSG. He has more than 30 years of experience in the solid waste industry. David first represented waste companies as outside counsel. He then joined the largest waste and recycling company in America where he served as a Region General Counsel in Florida and Texas before becoming Vice President and General Counsel for the company’s Southern Group. He has successfully permitted and expanded landfills, negotiated landfill privatizations and completed over $200 million in acquisitions. David remains a member of the Florida Bar Association.