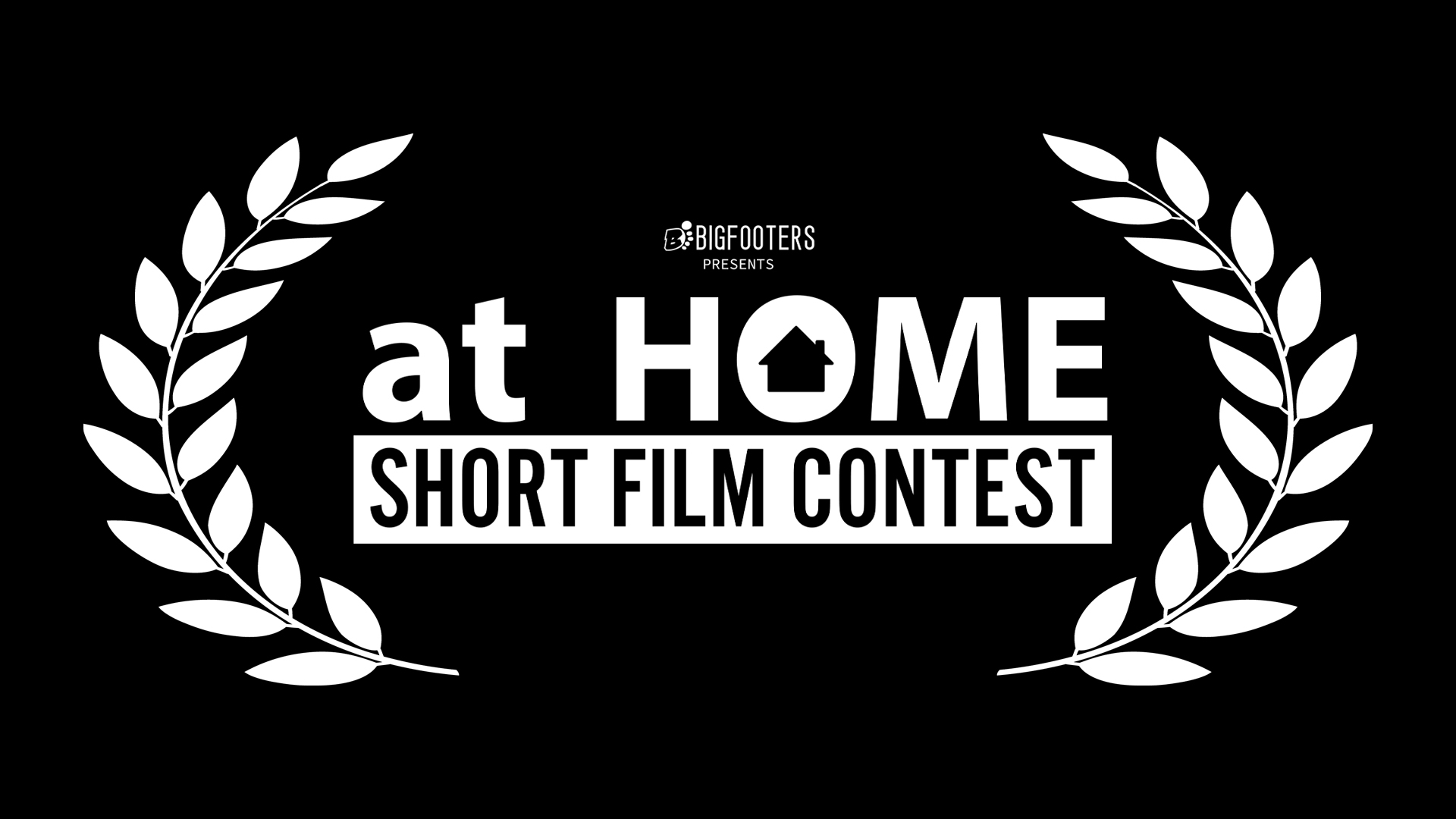 See how you can enter at Home Short Film contest

North Hollywood, Apr 15, 2020 (Issuewire.com) - BigFooters, the talented young collective of content creators and founders of the monthly "Original Content Networking Event" that consistently brings creators from all parts of the industry together, is hosting the first and hopefully last "at Home Short Film Contest."

Just a few weeks ago we were all planning, prepping, storyboarding, networking, filming and creating without the slightest idea that the creative process as we know it would be interrupted. As we also have numerous projects slated for release this year, we recognize that just because the circumstances change, the will and urge to create doesn't.

We want them at Home Short Film Contest to reflect the same type of environment as our Original Content Networking Event and BigFooters collective, diverse. Therefore, we are looking for filmmakers from all walks of life, perspectives, skill levels and ethnicities to submit.

Participants will create a one to a five-minute short film of any genre (comedy, horror, etc.), while adhering to the guidelines of social distancing and quarantine. In other words, make the film in your living space and without endangering the well-being of others. People established within the entertainment industry or even those who have dreams of creating their first project are encouraged to participate, now that we all finally have the time!

Another great part about using this time productively is that everyone is in the same boat, therefore, you don't have to go it alone. If you're a writer, partner with an actor friend and have them take care of the performance. If you're a composer, connect with an actor and writer to create work that you all can be proud of.

You can use whatever tools you have at your disposal to bring your film to life. Film on your professional cinema camera, DSLR, smartphone, that old digital camera from 2008 that you found under your bed last night or a combination of everything. If you can do Hollywood level special effects to make an iPhone film look like Star Wars, feel free to do so but no pressure. Just get creative!

This contest should challenge you to push your creativity to its limit. The short film you create here could potentially spark a bigger idea for when this period of quarantine and social distancing is over. There are numerous reasons people in entertainment make short films. As filmmakers, it is extremely important that we practice our craft often. Several different online streaming companies and platforms are constantly looking for interesting short films and ideas. You could potentially make an amazing short film and sell it to a streaming media service.

All you need is the mindset that NOTHING will hold you back from being creative....at home, of course!

BigFooters will begin accepting submissions for the contest from April 13th - April 24th via a Dropbox link sent to Team@bigfooters.com. Once all submissions are received, the nominated and selected films will premiere on WWW.BIGFOOTERS.CO and voting will take place from April 27th - April 30th on BigFooters' social media accounts. After the quarantine has been lifted there will also be a live screening of all the films at The Good Nite (10721 Burbank Blvd., North Hollywood, CA 91601). Screening dates for this will be determined at a later time. All participants will get the chance to enjoy their films surrounded by like-minded peers, who will all be just as happy to be out of quarantine.

April 13th / Entry Begins Films must be sent through Dropbox to Team@bigfooters.co

May 1st / Winners in all categories will be announced

We have partnered with The Good Nite Bar in North Hollywood to screen all selected films. A physical screening date will come after the 2020 quarantine has been lifted.

A screening committee determines which films shall be exhibited; all submissions are not guaranteed to be shown.

Best Use of Resources

By submitting your film, you agree that at Home Short Film Contest can use parts of your film (including trailer/teaser/film poster) for promotional purpose.

To submit a film, you must have created the project yourself, own the rights or have permission from the owner of the content to submit the film to us.

You must fully comply with these Entry Rules & Regulations, including all deadlines, film length, entry material and other requirements.