Are These On Your List Of Penny Stocks Right Now? 1 Up 285% In June

There’s no question that penny stocks are some of the most volatile classes of stock out there. While it may look easy to trade penny stocks and make 10x your money, it takes a cool head and proven strategy to be consistent. The last few weeks have made trading stocks under $5 look simple.

That’s because there have been major headlines covering these cheap stocks for their jaw-dropping and explosive moves. Furthermore, if you look at the sheer level of chatter on social media right now, the “retail trader” is alive and well.

For example, despite billionaire activist Carl Icahn selling millions of shares of Hertz (HTZ Stock Report) as it declared bankruptcy, day traders flocked to HTZ stock like lions to a gazelle. In a contrary turn of “investing strategy”, retail traders from notable, millennial-based apps like Robinhood and WeBull pushed the stock price up over 1,000%. Keep in mind, this is a company that declared bankruptcy.

Why would anyone invest money in such a company? The simple answer to that is, they wouldn’t invest at all. As we can clearly see now, HTZ was more of a trade than anything. Price hunters looking for cheap stocks under $5 found their prey and the “twitter pump” helped spark the hype. While I’m not an opponent of social media hype, it is VERY important to understand how to use it to your advantage. The first step is know that it’s actually “hype”.

Case in point, take any of the big penny stock movers we’ve seen this year. Almost every one of them will see a steady climb, a hyper spike, a quick drop lower and then a trend will form. That trend will either be bullish or bearish depending on a refocus on fundamentals. But during that time of high intensity, emotion-fueled trading, volatility runs high and so can the gains.

So keep this in mind if you find yourself falling in love with a story that thousands of traders are getting behind. In the case of HTZ stock, it was a winner for many. But those who bought shares at the height of the hype aren’t doing to well right now. In any event, if you’re new to trading, you’ll likely learn this lesson time and time again. The goal is to make money with penny stocks so why not focus on that versus the hype? A strong trend is better than a parabolic one in the long term.

Can You Make Money With Penny Stocks?

So if it truly is strong then there are likely opportunities to trade certain penny stocks multiple times; not just once. As we head into what could be a volatile second half of the week, make sure to keep your trading strategy and plan in mind before looking for penny stocks to buy. If you find yourself getting caught up in the hype, take a breath and keep your P&L in mind.

[Read More] What Are The Best Penny Stocks Under $2? 3 Names To Know

Psychology of trading is a huge asset during times like this and can ultimately save you money. The other side to that is a solid handle on your emotions can allow you to consistently make money with penny stocks too. Now, can HTZ stock make a comeback? Sure, but know that the signs of a strong trend will typically show up before social media starts buzzing.

Shares of Aileron Therpaeutics Inc. (ALRN Stock Report) shifted higher on Wednesday. This came as the company announced the latest update to a previously discussed public offering. Earlier this month, ALRN stock took a dive after the company priced an offering at $1.10 per share. Given the fact that the company’s shares were trading above $1.30 a day prior to that update, the stock tumbled on June 4th. This is when the official details surfaced.

Aileron said it expects to use the net proceeds from the offering to fund clinical development of ALRN-6924 as a chemoprotective agent. It also said the standard “we’ll use it for working capital” too. In any case, ALRN shares moved higher on Wednesday after it confirmed the offering was closed and options were exercised. This increased the amount of gross proceeds to $11.2 million. ALRN-6924 is currently being evaluated in a Phase 1b/2 clinical trial as a chemoprotective agent to protect against chemotherapy-related toxicities.

Earlier this month the company announced positive interim data from the open-label Phase 1b dose optimization part of its ongoing trial. Patients in the trial have advanced, p53-mutated small cell lung cancer and are being treated with second-line topotecan following administration of ALRN-6924. 18 patients were enrolled across three ALRN-6924 dose levels in the dose optimization part of the trial. 17 patients completed the first treatment cycle and therefore met protocol-defined criteria for evaluability.

“…We now believe even more strongly that ALRN-6924 can selectively induce cell cycle arrest to protect cancer patients from the toxic side effects of chemotherapy,” said Dr. Manuel Aivado, President and CEO of Aileron Therapeutics. 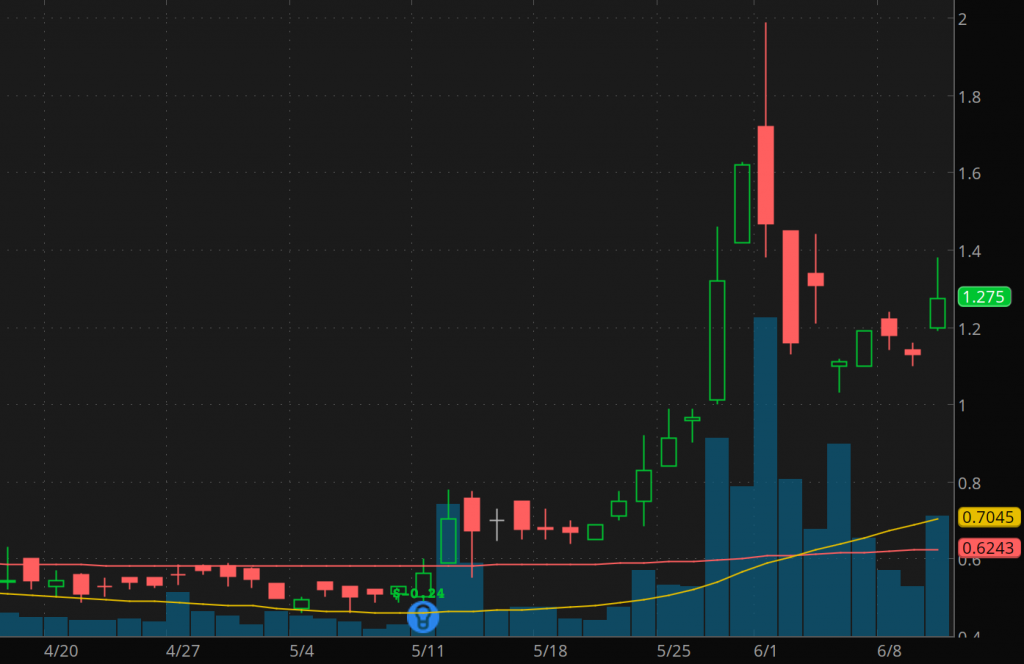 Shares of Curis Inc. (CRIS Stock Report) soared this month. Since June 1, CRIS stock climbed from $0.83 to highs of $3.20; a cool 285%. June 10th, by far, saw the highest trading volume this month. In fact, with over 56 million shares traded before lunch, it was the highest volume in recent history. Curis develops oncology drugs and has several treatments in its pipeline.

This week the company reported a significant development. Curis announced that the U.S. FDA has cleared its Investigational New Drug application for CI-8993. This is its monoclonal anti-VISTA antibody. CI-8993 was originally developed as part of a license and collaboration agreement between ImmuNext and Janssen Biotech, Inc. In 2016, Janssen initiated clinical development of CI-8993 in a Phase 1 study evaluating safety, pharmacokinetics and pharmacodynamics of ascending doses of CI-8993 in patients with advanced solid tumors. Curis plans to initiate a Phase 1a/1b study of CI-8993 in the second half of 2020.

The clearance of our IND is an important step for the advancement of VISTA therapies, as CI-8993 becomes the first anti-VISTA antibody in development to enter clinical testing,” said James Dentzer , President and Chief Executive Officer of Curis. If CRIS stock is on your list right now it’s important to monitor the trend closely.

Shares gapped up big on Wednesday so there is price risk in there right now, obviously. The last time CRIS traded at this level was May of 2018 with the breakout failing between $3.25-$3.45. Will this time be different considering the above average trading momentum or is CRIS set to slide back? 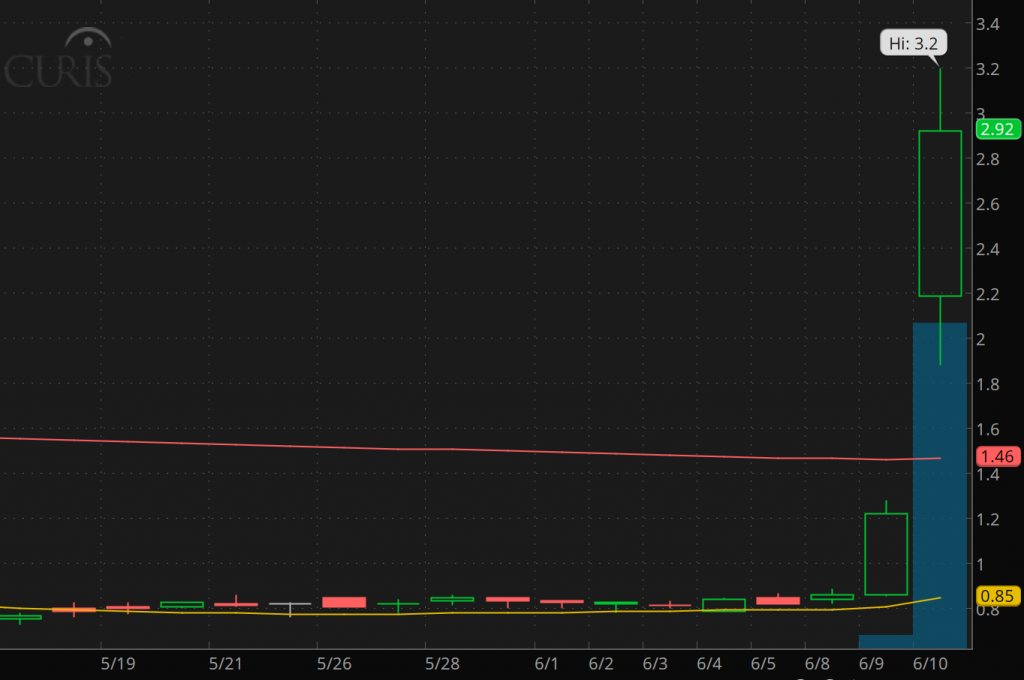 INUVO Inc. (INUV Stock Report) is in digital publishing and advertising. If there’s one thing that has been consistent it’s the market’s attention on digital entertainment this year. It was one of the penny stocks to watch at the start of the month. At the time, INUV was trading around $0.50. While there wasn’t any news to spark a move then, the last update shed some light on progress. Its last big headline was from May 18th when Inuvo announced a 300% increase in clients signing on to run Connected TV to message their IntentKeyTM identified audience segments.

Similar to ALRN, INUV stock dropped after the company announced a discounted offering. In INUVO’s case it aimed to raise $5.5 million at $0.45 per share. So you can imagine shares dipped following the news. Needless to say, over the days to follow and obviously this week, INUV stock is back on the move. After closing the offering, the penny stock climbed even high, back above $0.80 for the first time since last May.

That wasn’t the only thing to get the ball moving. INUVO announced on Wednesday how the IntentKey can identify auto shoppers who have signaled an interest in a contact-free shopping experience. This “return to the new normal” has many companies and investors focused on a contactless world that also keeps track of physical behaviors.

The IntentKey has the ability to associate various audience signals and as a result, predict intent. This AI can interpret tens of millions of signals simultaneously, grouping for example signals related to safety within the context of social distancing and online car buying. Essentially, the correct audience can be directed towards their desired online experience. 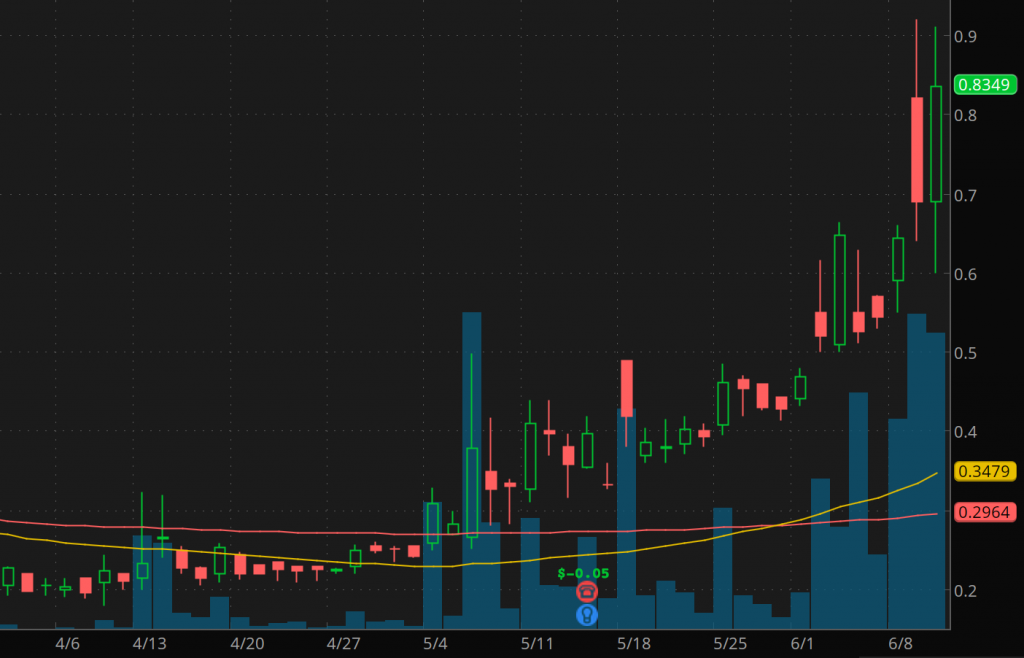 This is another one of the high volume penny stocks to watch in June. Albeit that shares gapped up very high on Wednesday, American Virtual Cloud Technologies (AVCT Stock Report) continued to trade relatively consistent during the morning session. American Virtual Cloud Technologies Inc is engaged in the business of providing IT solutions. The company offers various services like unified cloud communications, managed services, cybersecurity, and enhanced connectivity. Its Computex subsidiary focuses on data centers, enterprise networking, cloud, cybersecurity, managed services, and unified communications.

But there’s something interesting to note with AVCT stock on Wednesday. There aren’t any updates of corporate filings to reference as potential catalysts. However, since the beginning of the month, AVCT stock has been making a relatively steady move higher. On June 1st the stock traded around $1.60 and has now managed to climb to a June high of $6.88 so far. Similarly “back then” there weren’t any notable updates to speak of. That was the last time the penny stock saw some semblance of above average volume. 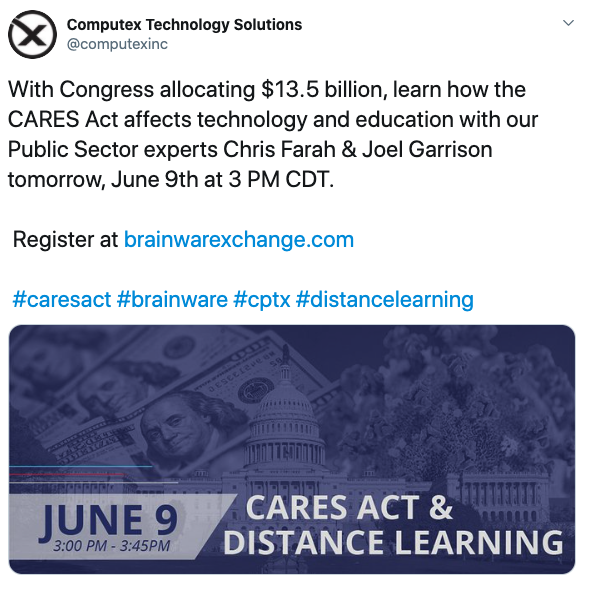 This week things got back in motion in a big way once again. But this time AVCT stock traded more than 22 million shares by the lunch hour. That’s compared to just 2 million shares traded on June 1. If you look at Computex’s Twitter account, it may reveal a bit more information on a presentation that was made late in the day on June 9th.

Whether this was the catalyst or not, AVCT stock has settled down a bit from the early morning surge. heading into the lunch hour, the stock has pulled back to around $4.20-$4.30. Is there enough momentum left for another rally or is AVCT set for another slide? 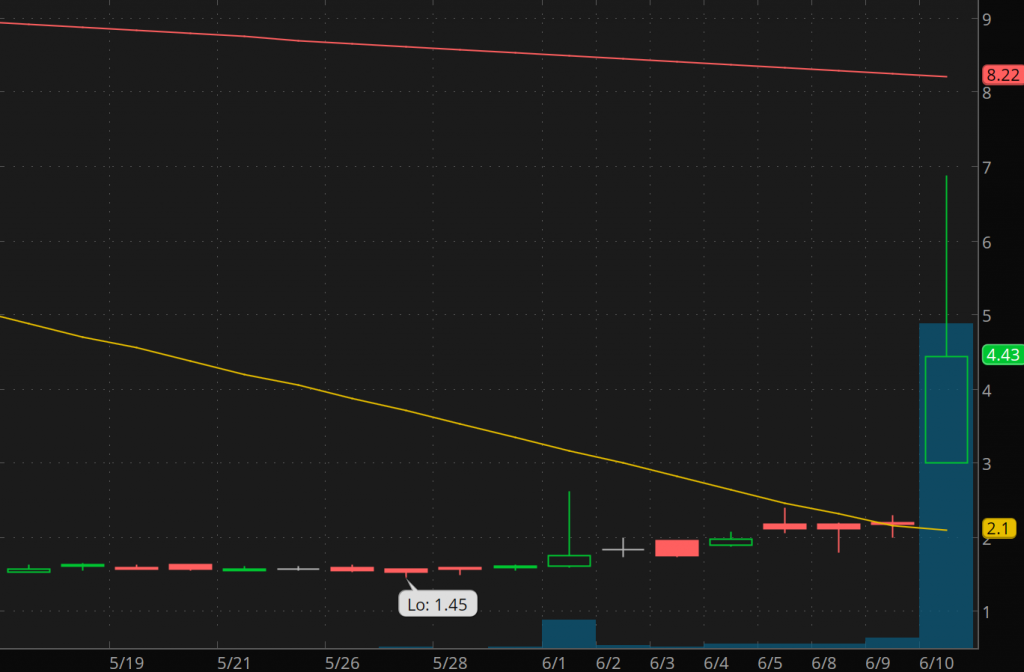