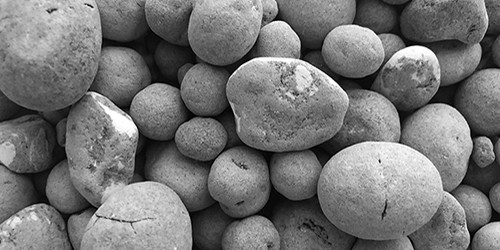 ​​​​​​​​Blue Planet, a Silicon Valley company, has developed a carbon capture and utilization system that permanently removes carbon dioxide that is economically viable and can be deployed at Gigaton (GT) scale. The $10M round of financing was comprised of leaders in the war against climate change.

Blue Planet will capture carbon dioxide emissions from bioenergy, natural gas and coal-fired power plants, steel mills, cement plants, and refineries, as well as directly from the atmosphere. The process converts diluted carbon dioxide captured from these gas streams to carbonate for mineralization as a synthetic limestone (CaCO3). The synthetic limestone can replace natural mined limestone aggregate as the principal constituent of concrete, permanently sequestering the captured carbon dioxide. The rock market represents one of the largest potential sinks for CO2 at over 50 GT every year, making Blue Planet’s solution to curbing global carbon levels scalable and economically viable.

Blue Planet's proprietary process creates synthetic limestone sand and gravel that can be used to make carbon neutral and carbon negative concrete, with the same structural integrity of conventional concrete. By offsetting the carbon footprint of the cement in concrete, Blue Planet’s aggregate more than compensates for the cement component’s carbon footprint, making the concrete a net carbon storage sink. The process also creates upcycled concrete aggregate as a by-product, reducing the need to further mine the environment and consume aggregates.

Unlike most carbon capture methods (e.g. conventional geological CCS), which require an energy-intensive carbon dioxide purification step for liquification, transport, and injection, the Blue Planet system directly converts the carbon dioxide diluted in flue gas to carbonate, thus avoiding significant costs and parasitic loads of purifying the carbon dioxide gas from a dilute stream in order to liquify it for underground disposal. Instead, the synthetic limestone rock produced is distributed to concrete plants for incorporation in concrete where the CO2 is stored permanently. Most carbon reduction schemes are not permanent and instead allow the captured carbon dioxide to re-enter the atmosphere at some point. The production and distribution of synthetic aggregate for concrete make the operations profitable. The plants can be financed, owned and operated under well-established project financing structures without subsidies.

“Our investors are also our advisors in many cases because of their dedication, experience, and presence in the Climate Change arena,” said Dr. Brent Constantz, Blue Planet’s Founder and CEO. “New technologies are one of our greatest tools in reversing course on our continued path of climate change,” said investor and advisor Leonardo DiCaprio. “I am pleased to support the continued dedication and innovation at Blue Planet in our shared push for a more sustainable future. New processes and scalable systems like theirs are instrumental components of reducing the impact we have on our planet.”