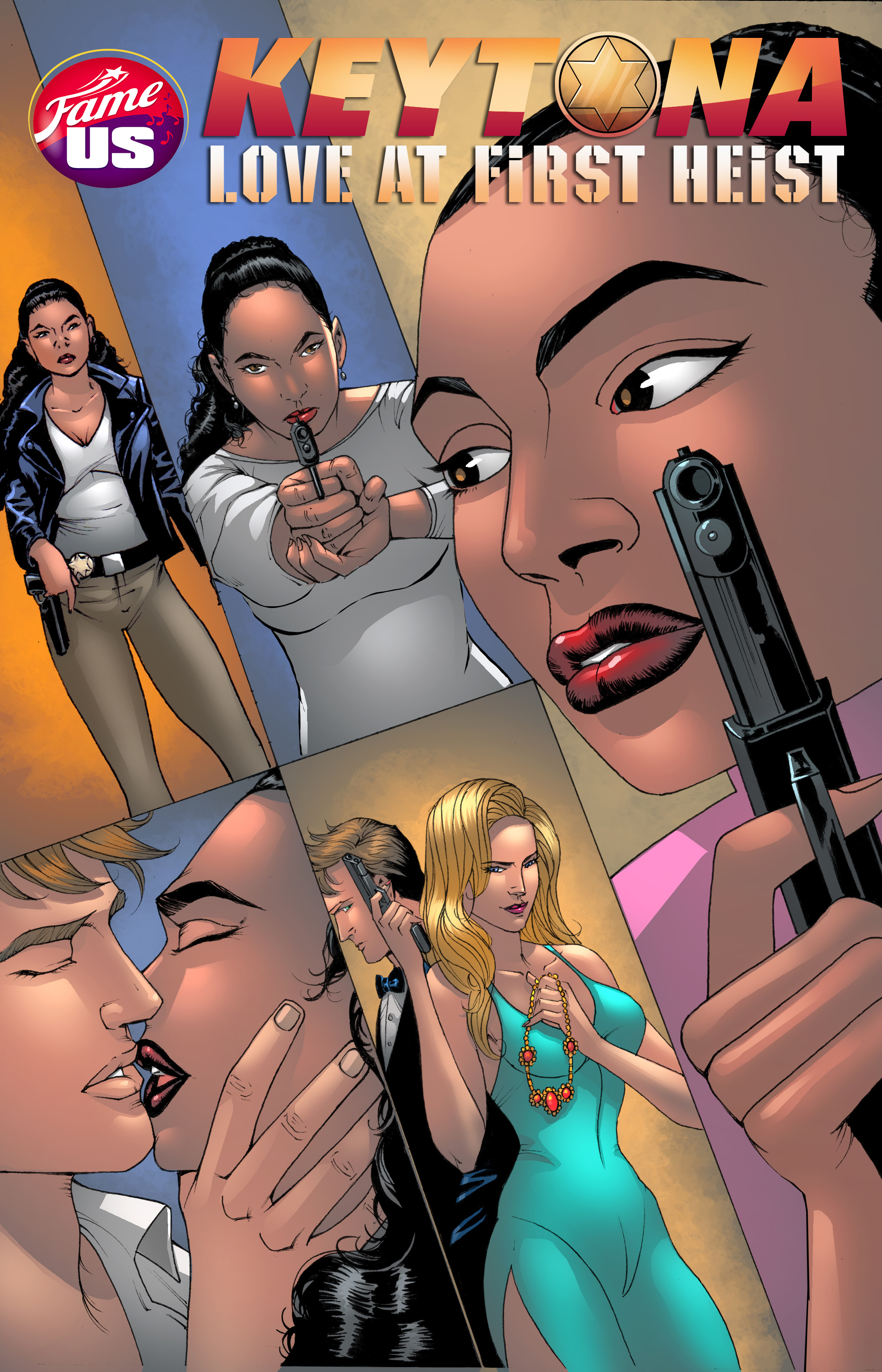 California, Sep 25, 2020 (Issuewire.com) - The collaboration of FameUS Animation & Films and UniversalCMG World Entertainment 1954 has just released multi-talented entertainer Keytona's graphic novel 'Love At First Heist' with a soundtrack. The graphic novel showcases outstanding animation featuring exceptional drawings that are bound to attract the readers effortlessly. The story is crafted with special care establishing an addictive and nerve-wracking plot. With the soundtrack by the prolific musician from South Carolina Keytona, the novel gets a kick that boosts its magnetic allure by twofold. This project was accompanied by the debut of her second single with music video 'What You Got'. All the tracks of the graphic novel are available on all major streaming platforms.

Keytona is a well-established and talented singer and songwriter from South Carolina who is also known for being a very glamorous but humble model. She had grown up surrounded by different musical influences which inspired her to get involved in the thematic world when she grew up. At only 18, she has managed to sign a major record deal with the renowned record label UniversalCMG World Entertainment 1954. Her first single 'Living The Life' and its music video was released in late 2019 and has a huge success in the U.K. and U.S garnering over 100,000 views online. The highly acclaimed musician was placed #14 in the list of the U.K. Rising Artists of 2020. Determined to bring everyone under the same thematic roof, the bold artist has created such a unique soundscape that has something for every mood of the listeners. Armed with her soulful vocals and boundless artistry, the potent singer wishes to bring a change in the lyrical and musical monotony in popular pop music with her songs incorporated with mesmerizing graphic illustrations and animation.

The COO of UniversalCMG World Entertainment 1954, Joyce Straiter says, 'The coronavirus pandemic has made it more difficult to achieve the goals intended for Keytona in the entertainment industry but we will not let that stop us'.

To counter the current social distancing norms, the company has established a new division called FameUS Animation & Films that will help them impart the dynamic creations of their artists in the most innovative ways. The concept of a graphic novel accompanied by exceptional music sets a benchmark for contemporary standards. The creative flair is led by UniversalCMG World Entertainment 1954 Founder and CEO Edward Straiter and his team of highly skilled and seasoned industry professionals. The novel, Love At First Heist, depicts the story of a headstrong, brave, and attractive US Marshall named Kaytona, who falls in love with David, a man entangled with criminal activity. The story is an enticing read following the journey of the star-crossed lovers battling against the vicious and cunning ring leader named Sylvia and their own demons. The allure of the forbidden love between the major characters comes to life with the singer's hypnotizing melodies. Follow the rising pop star on social media and all major streaming platforms to experience the Keytona evolution for yourself.