Lets address the elephant in the room !!! New Music From Shorty Mic and PettiKash 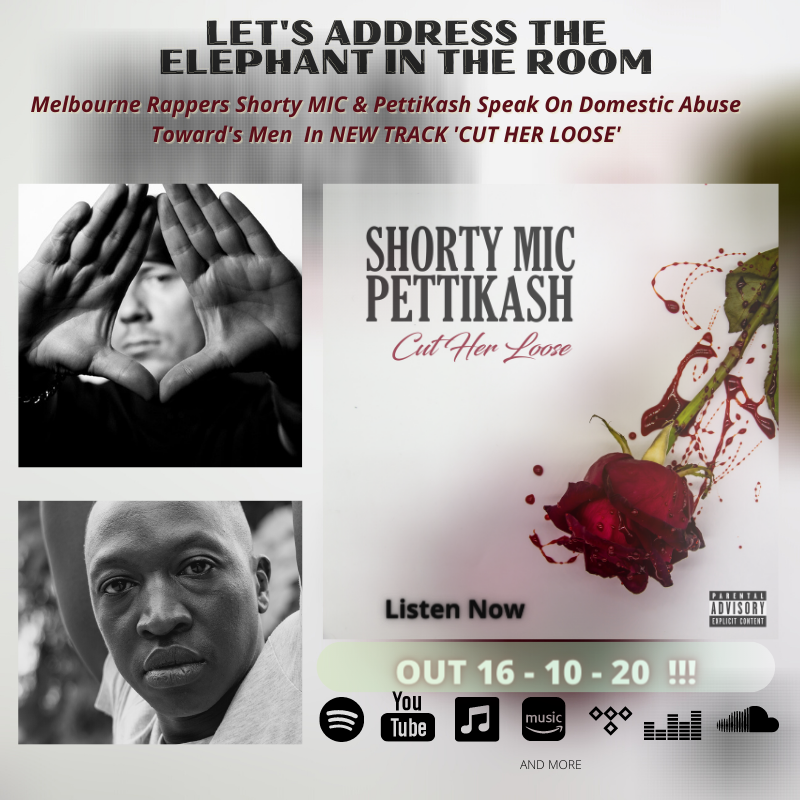 Melbourne, Oct 8, 2020 (Issuewire.com) - "Ever thought you were in love but it just wasn't what it seemed, have you ever loved somebody so much but it wasn't to be, and have you lied to yourself to the point you start to believe."

Melbourne, Victoria: Hip hop artists Shorty MIC and PettiKash are excited to announce the release of their upcoming single 'CUT HER LOOSE' which will be available for streaming, saving, purchasing and downloading on all platforms on 16-10-20.

In an ABC article which was written by Hayley Gleeson in AUGUST this year, it revealed that male victims of Domestic abuse have few places to turn or services to call. In this track, the two artists exchange stories about mental stress caused by previous toxic relationships and how they dealt with it, which is a big way can be seen as encouraging men to speak to each other no matter the circumstances. The instrumental gives off a melancholy vibe with hard-hitting aggressive vocals layered over the top. These two things together really give off an Eminem kind of vibe with a deep rumbling bassline riding with a hard-hitting kick drum and snapping snare.

On the Melbourne scene, the boys are no strangers and don't mind the work. in the last 2 yrs alone they have released project after project on their own as individual artists and performed with the likes of Obie Trice, Merkules, dizzy wright and other big-name international acts. Both Shorty MIC and PettiKash are also said to be releasing solo EP's at the end of 2020. 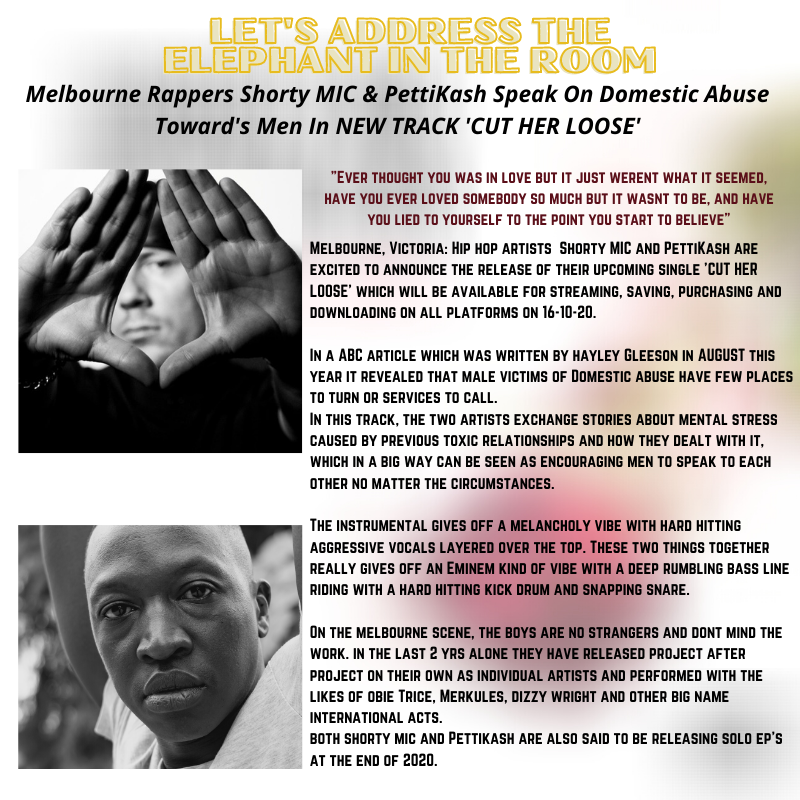