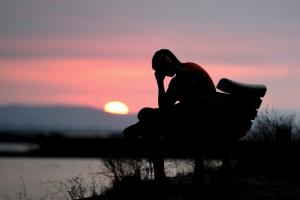 Americans, in comparison to other developed countries, use more medicines overall and rank first in the use of antipsychotics. 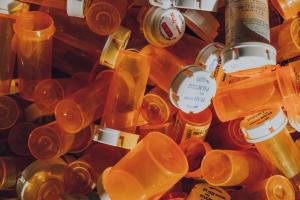 With more than 34 million Americans taking antidepressants in 2013-14, addiction and withdrawal from psychiatric is a growing problem.

According to data taken from the IQVia Total Patient Tracker Database for Year 2019, extracted February 2020, 61,262 children between the ages of 0-5 years are prescribed antipsychotics in the US. 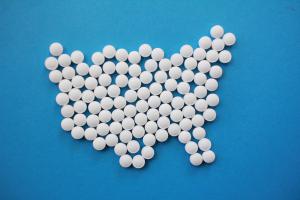 Millions of children are given psychiatric labels for normal childhood behavior and prescribed psychiatric drugs that drive them to commit violent acts and suicide. 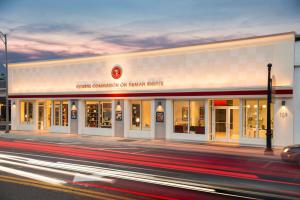 The headquarters for CCHR Florida are located in downtown Clearwater.

Mental health observances feed a $795 billion-dollar industry and are more about profit and less about helping those in need.

We are living in a drugged society that is blindly taking dangerous drugs such as antidepressants without fully understanding the risks.”— Diane Stein, President CCHR FloridaCLEARWATER, FLORIDA, UNITED STATES, October 20, 2020 /EINPresswire.com/ -- Each year the month of October is touted as National Depression and Mental Health Screening Month with the stated purposed to “bring awareness to the need for depression awareness and the need for accessible and affordable mental health screenings” and October 10th is recognized as World Mental Health Day.

However, the Citizens Commission on Human Rights (CCHR), a watchdog organization that investigates and exposes abuse in the mental health industry, believes such observances are less about helping people and more about profit.

According to CCHR International, “this year’s World Mental Health Day on October 10 was aimed at “increased investment in mental health,”[1] but failed to inform of the abuses prevalent in an already $795 billion per year industry, the mental health watchdog, Citizens Commission on Human Rights International warned.[2] The commemorative day was started by a group long-funded by pharmaceutical companies with an interest in increasing drug profits. The billions invested ignores the potential $32 billion in fraud committed and hundreds of thousands of patients, including children, abused and defrauded in the system each year.”

In order to raise awareness, the Florida chapter of CCHR is encouraging the general public to download free booklets on the common side effects of psychiatric drugs and to learn more about mental health screening.

Additionally, Americans, in comparison to other developed countries, use more medicines overall and rank first in the use of antipsychotics. [4] In the South Atlantic area of the country, which includes Florida, almost 18% [5] of the population is on at least one psychiatric drug and a report released in 2011 [6] from a two-year long investigation found that foster children in Florida were prescribed psychotropic drugs at rates 2.7 to 4.5 times higher than other children in Medicaid in 2008. [7]

“We are living in a drugged society that is blindly taking dangerous drugs such as antidepressants without fully understanding the risks,” said Diane Stein, President of CCHR Florida. “People need to be fully informed of the side effects associated with these drugs and the lack of science behind mental health screenings.” [8]

About CCHR: Initially established by the Church of Scientology and renowned psychiatrist Dr. Thomas Szasz in 1969, CCHR’s mission is to eradicate abuses committed under the guise of mental health and enact patient and consumer protections. L. Ron Hubbard, founder of Scientology, first brought psychiatric imprisonment to wide public notice: “Thousands and thousands are seized without process of law, every week, over the ‘free world’ tortured, castrated, killed. All in the name of ‘mental health,’” he wrote in March 1969. For more information visit www.cchrflorida.org or call 800-782-2878.