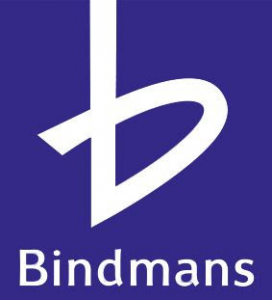 The Proscribed Organisations Appeal Commission (‘POAC’) handed down its judgment in Arumugam and Others v SSHD (PC/04/2019), finding that the Home Secretary had acted unlawfully.

The appeal was brought by members of the Transnational Government of Tamil Eelam against the decision of the Home Secretary to refuse their application to remove the Liberation Tigers of Tamil Eelam (‘the LTTE’) from the list of organisations proscribed under the Terrorism Act in the UK. The appeal was brought on the basis that the Tamil Tigers were not involved in terrorism, and their continued proscription prevented proper public debate regarding the establishment of an independent Tamil state.

Today we have taken a significant step in our legal fight. This paves the way for the next steps towards our greater goal of achieving justice for the Tamil cause. Today's decision amounts to a victory for us Tamils in our struggle for justice.

It also shows that the Tamils as a People have the capability to challenge unjust actions coming from any quarters, however powerful they may be. Speaking on behalf of the Transnational Government of Tamil Eelam (TGTE), the aims the LTTE stood for and the objectives of the TGTE are the same, namely, the establishment of an independent state of Tamil Eelam. Removal of the “terrorism” label is essential for the people to campaign for an independent state.

Removal of that label will enable us to expose the structural genocide being perpetrated on the Tamils by the Sri Lankan State under the cover of fighting "terrorism.”

POAC will now hear submissions from the parties as to what steps should be taken in response to the TGTE’s successful appeal. The TGTE argue that the Home Secretary should immediately remove the LTTE from the list of banned organisations.

The Transnational Government of Tamil Eelam (‘the TGTE’) was formed after the end of the civil war in Sri Lanka in 2009 and advocates for the right of Tamil people to self determination in the form of an independent sovereign state of Tamil Eelam in North East Sri Lanka. It is separate from the LTTE.

The TGTE is represented in the open proceedings by Maya Lester QC and Malcolm Birdling of Brick Court Chambers with Jamie Potter and Caroline Robinson of Bindmans LLP.