Brunswick Corporation Elects Reggie Fils-Aimé to Board of Directors 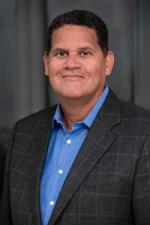 METTAWA, Ill., Oct. 26, 2020 (GLOBE NEWSWIRE) -- Brunswick Corporation (NYSE: BC) announced today that Reginald Fils-Aimé, former President and Chief Operating Officer for Nintendo of America, Inc., has been elected to its board of directors.

“We are excited to welcome Reggie to Brunswick’s board of directors,” said Manuel A. Fernandez, Brunswick Corporation Non-Executive Chairman of the Board. “As a highly respected and seasoned executive, Reggie’s experience in consumer-facing initiatives and digital technology will make him a valued addition to our strong and experienced board of directors.  We look forward to benefiting from Reggie’s expertise as we continue to develop deeper relationships with our customers.”

Mr. Fils-Aimé retired in 2019 following over 15 years at Nintendo of America, Inc., including 13 years as its President and COO.  He also served as an Executive Officer for its parent company Nintendo Co., Ltd.  For over 35 years, Mr. Fils-Aimé has transformed companies, revitalized brands and reshaped various industries.  In addition to Nintendo, Mr. Fils-Aimé spent time as the Senior Vice President of Marketing for MTV Networks’ VH1 cable channel and held leadership roles at a variety of global companies such as Procter & Gamble and Pizza Hut.  Mr. Fils-Aimé graduated from Cornell University with a Bachelor of Science in Applied Economics and Management, and currently serves on the Cornell University Council.