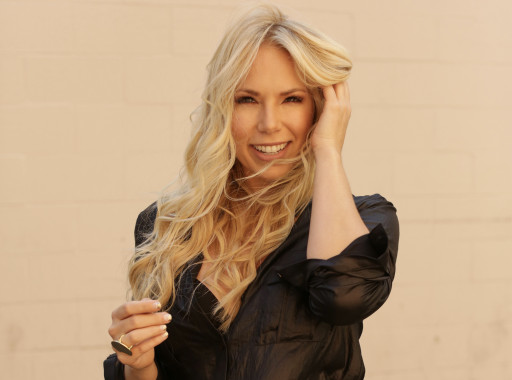 ​​​​Fun For Life Radio today announced that world-famous singer/songwriter LP will be an upcoming guest on its Truth and Tunes with Pili Montilla show on the Dash Radio network on Thursday, Nov. 19, 2020, at 12 p.m. PST/3 p.m. EST.

“I am so excited to sit down and really get to know one of my very favorite indy artists while learning about the five songs that most influenced her life and art,” says Emmy Award-winning host Pili Montilla, who created this novel format so audiences could connect more deeply with some of the most relevant cultural influencers of our time. “Fans will get a chance to ask LP questions and watch LP’s new music video for her long-awaited single How Low Can You Go,” Montilla adds with much excitement. The interview will air on the Fun For Life Radio channel and will also be viewable live on the following streaming video platforms:

LP is an American singer and songwriter, best known for her single Lost on You. She has released five albums and three EPs while touring (and topping the charts) all over the world. She has written songs for other artists including Cher, Rihanna, the Backstreet Boys, Leona Lewis, Mylene Farmer, Céline Dion and Christina Aguilera. LP’s YouTube channel currently receives more than 2.4 million views a day and her songs are streamed upwards of two million times a day across all DSPs.

Emmy Award-winning TV host and producer Pili Montilla has made a name for herself as the go-to host in the bilingual entertainment world. Always immersed in the world of music, Pili created, produced and hosted the Emmy-winning music show Té Para Tres con Pili Montilla (WAPA and Mega TV). Simultaneously, Pili works as a TV host for several networks in both the Hispanic and general markets, as a live host for different events such as the Latin Billboards red carpet, Latin Grammys events, New York Magazine’s Vulture Festival (NY & LA) and many more. Pili's newest projects include Pili, Raúl & La Música, an uncensored, bilingual Latin music podcast alongside renowned DJ Raúl Campos (KCRW), and her exciting new Fun For Life Radio show Truth & Tunes with Pili Montilla, a two-hour weekly show where she interviews cultural influencers who share their top five favorite songs that have shaped and influenced their life. www.PiliMontilla.com

About Fun For Life Radio

Fun For Life Radio is the newest station on the Dash platform, streaming an eclectic mix of captivating talk and discover-worthy tunes. The station was created by Fun For Life Entertainment Group to enable its constellation of artists, influencers and brand partners to more fully connect with their audiences. Current shows include Truth and Tunes with Pili Montilla, Relationship Renegades with actress Rachel Brook Smith and health expert Emilio Palafox, Hollywood Uncensored with film critic/podcaster Dana Buckler, and The Saint James Band Hour with bro bandmates George Castrinos and Jake Marcus Wand.

Dash is the global leader in curated, lean-back audio experiences. Since its 2015 launch, Dash has become the world’s largest all-original digital broadcaster, empowering many of the world’s most prominent artists, influencers and brands to take radio over the top, directly to fans without fees or subscriptions. Featuring over 80 curator-championed original stations, Dash is available on 50+ platforms - inside nearly every connected car service, smart home product and iOS device. With no traditional commercials, Dash Radio offers the perfect music discovery experience free of charge while offering brands a more authentic and effective way to engage these audiences worldwide. For more information, please visit http://www.dashradio.com.

Original Source: International Music Super Star LP to Unveil Her New Single 'How Low Can You Go' as an Exclusive US Latin Premiere on 'Truth & Tunes With Pili Montilla' on Fun for Life Radio (DASH)