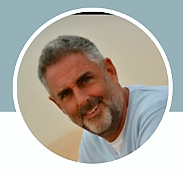 Stephane Langlois recently explained how and why immigrants will be the solution to Canada's labour shortage.

OTTAWA, ONTARIO, CANADA, November 23, 2020 /EINPresswire.com/ -- Jobs are reportedly scarce across Canada. This would lead one to believe that citizens are battling over the jobs that are available. However, Project manager and Canadian local Stephane Langlois recently explained that Canada is still seeing localized shortages in the labour market. This means certain areas with fewer residents, like Ontario and Quebec, are having trouble keeping job positions filled.

Stephane Langlois explained that Canada is expected to have a shortage of roughly 2 million workers by 2031, according to a report by Miner Management Consultants. Stephane Langlois added that these positions will need to be filled, and the best way to do that is by offering the jobs to immigrants.

"Many of these job openings are in lower-skilled job categories," Stephane Langlois said. "They're the higher-paying positions Canadians for which Canadians are often clamoring."

Stephane Langlois explained that many of the open positions are in agriculture, food processing, and construction; positions that are not often in high demand among Canadian residents. Construction is booming in Ottawa, and more positions are available than can be filled locally. Stephane Langlois added that these jobs are likely best filled by immigrants and refugees from other countries.

"Many of us Canadians are proud, because our country has welcomed refugees from around the glove, and especially those fleeing Syria right now," Stephane Langlois said. "Not only is our country aiding in the improvement of an international crisis; it is creating a labour pool for local employers in the coming years."

Stephane Langlois added that the country will have to continue with a growth-oriented strategy on immigration for the plan to be successful. The country will need to target economic immigrants willing to work and grow the local economy. He commented on the Introduction to Canada proposal brought about by the Canadian Federation of Independent Business. This proposal could help foreign workers along the pathway to achieving permanent Canadian residency.

"Economic immigration has been an essential part of Canada's economy since the start of the nation," Stephane Langlois said. "Employers believe the immigration system could be the answer to the impending labour shortage."

Stephane Langlois emphasized that the jobs being filled by immigrants will be those that employers are struggling to fill with Canadians. They're the jobs most Canadians are not interested in taking, and they're not encouraging their children to pursue as well. Stephane Langlois concluded that if Canadians want fresh fruits and vegetables, locally-sourced fish, and new construction, they're going to have to accept immigrants to work in the fish plants, construction, and harvesting crops.

"It's a matter of necessity, and if Canadians want to enjoy these luxuries, we're going to need to allow immigrants to do the jobs Canadians are not accepting," Stephane Langlois said. "The future of economic immigration in Canada is bright."