Petraco is one of the oldest independent trading companies in Europe, priding itself on great expertise and strong connection with its customers. 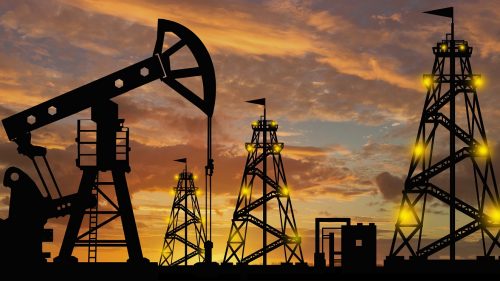 Oil producers have indicated a hopeful outlook for 2021 following what has undoubtedly been a troublesome year. Oil prices reached historic lows in 2020 but with several new vaccines expected to be released, including those researched by Pfizer and Moderna, a recovery in oil seems increasingly possible. Brent crude has increased almost 15 percent and is currently trading around $45 a barrel. Share prices of several oil companies have increased; BP and Exxon Mobil’s for example have increased between 15-25 percent at the time of writing. Several major trading companies, including Vitol and Gunvor recently indicated they do not expect peak demand to be reached until the next decade. The Petraco Group has also offered a cautiously optimistic outlook for the coming year. Trading houses, including Mercuria, Vitol, Gunvor and Petraco have also put forward their renewed commitment to sustainability as growing global demand for energy is increasingly correlated with a low-carbon future.

On the other hand, Norway’s state-controlled Equinor recently appeared to suggest that oil demand could peak around 2027-2028 as a result of the Covid-19 pandemic. The firm seemed to indicate that future investments are likely to be directed towards renewable energy projects, due to a mixture of public sentiment and government policies. Sharply lower oil prices this year have led to a 30 percent drop in global oil and gas investments. Oil majors often estimate natural decline from existing oil fields to be around 4-5 million barrels per day per year. Even with the ongoing Opec+ production cuts ending, that would consume global spare production capacity in 2-3 years. This seems to challenge earlier assumptions of peak oil demand happening around 2030. Equinor’s predictions would appear to indicate that a decline in oil supply due to low investments could force that date two to three years earlier.

Separately, recent discussions by OPEC+ members also put forward an extremely cautious outlook for the oil industry for years to come. At present it seems that there are yet to be any immediate policy recommendations over how the group will proceed with its crude output cuts in the coming year. The original intention of OPEC+ members appeared to be a raise in collective output by almost 2 million barrels per day in January. However, with lockdowns across Europe and difficulty in predicting when the spread of Covid-19 will be placed under control, it is difficult to estimate global oil demand in early 2021. Indeed OPEC+ ministers have recently struck a cautious tone, warning that the coalition faces a tough and prolonged road ahead despite growing optimism over potential Covid-19 vaccines.