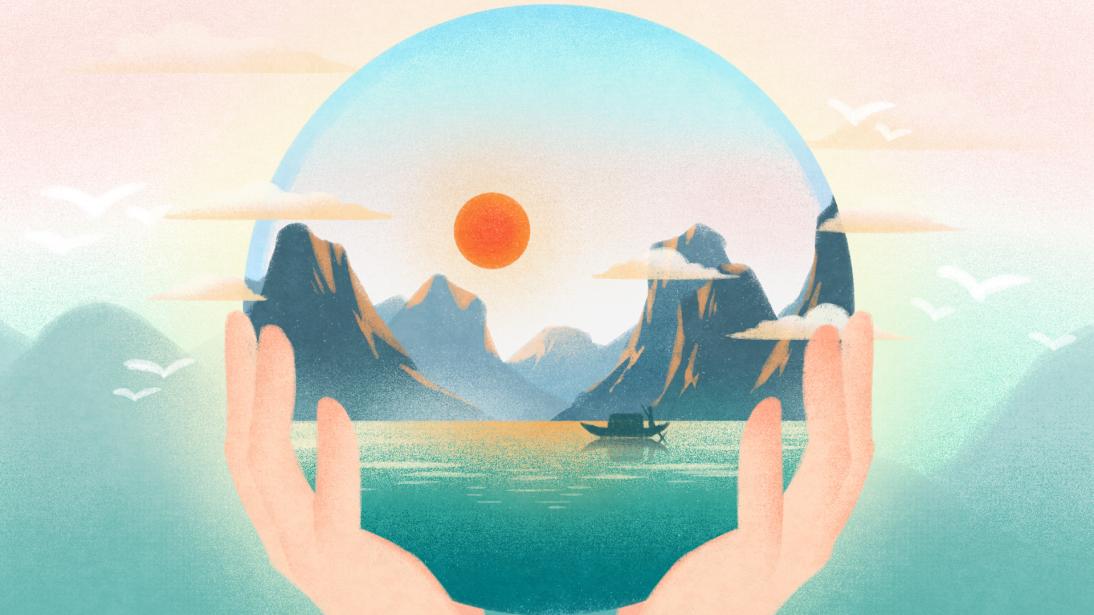 China has upheld the traditional wisdom of “harmony between human beings and nature” since ancient times. Over the past decade, the country’s environmental protection endeavors have undergone sweeping, historic and transformative changes. A major step has been taken in building a beautiful China.

In his report to the 20th Communist Party of China (CPC) National Congress, Xi Jinping, general secretary of the CPC Central Committee, highlighted the task of “advancing the rejuvenation of the Chinese nation on all fronts through a Chinese path to modernization.” Ecological conservation plays a fundamental and strategic role in this.

It’s important to point out that at the heart of ecological conservation in China lies in the tenet of pushing for mutually reinforcing relations between the environment and development by changing the philosophy and model of development, in order to achieve the harmonious coexistence between human beings and nature.

Although travelled an arduous road of discovery in its understanding of the relationship between the environment and development, China has conducted a major shift in its understanding of ecological conservation since the 18th CPC National Congress. The concept of lucid waters and lush mountains as invaluable assets was put forward, catapulting the task of ecological conservation to an unprecedented strategic height.

China has taken great effort to practice the concept. Over the past 10 years, two-thirds of China’s incremental energy consumption has come from clean energy. National carbon dioxide emissions per unit of GDP (gross domestic product) fell by 34.4 percent, and the share of coal in primary energy consumption dropped from 68.5 percent to 56 percent.

China will go down its own path to modernization in a way that is harmonious with nature, thus achieving the great rejuvenation of the Chinese nation and contributing to the common prosperity of the world.

If the Industrial Revolution is a major opportunity for developed and industrialized countries, then ecological conservation endeavors offer an amazing new historical opportunity for the country. China can realize Chinese modernization in a way of “harmonious coexistence between human beings and nature”, so as to realize the great rejuvenation of the Chinese nation and contribute China’s strength to the common prosperity of the world.

Related Stocks:
ATD
Data & News supplied by www.cloudquote.io
Stock quotes supplied by Barchart
Quotes delayed at least 20 minutes.
By accessing this page, you agree to the following
Privacy Policy and Terms and Conditions.