On 10 November 2019, Shincheonji will hold a graduation ceremony with 100,000 graduates internationally. 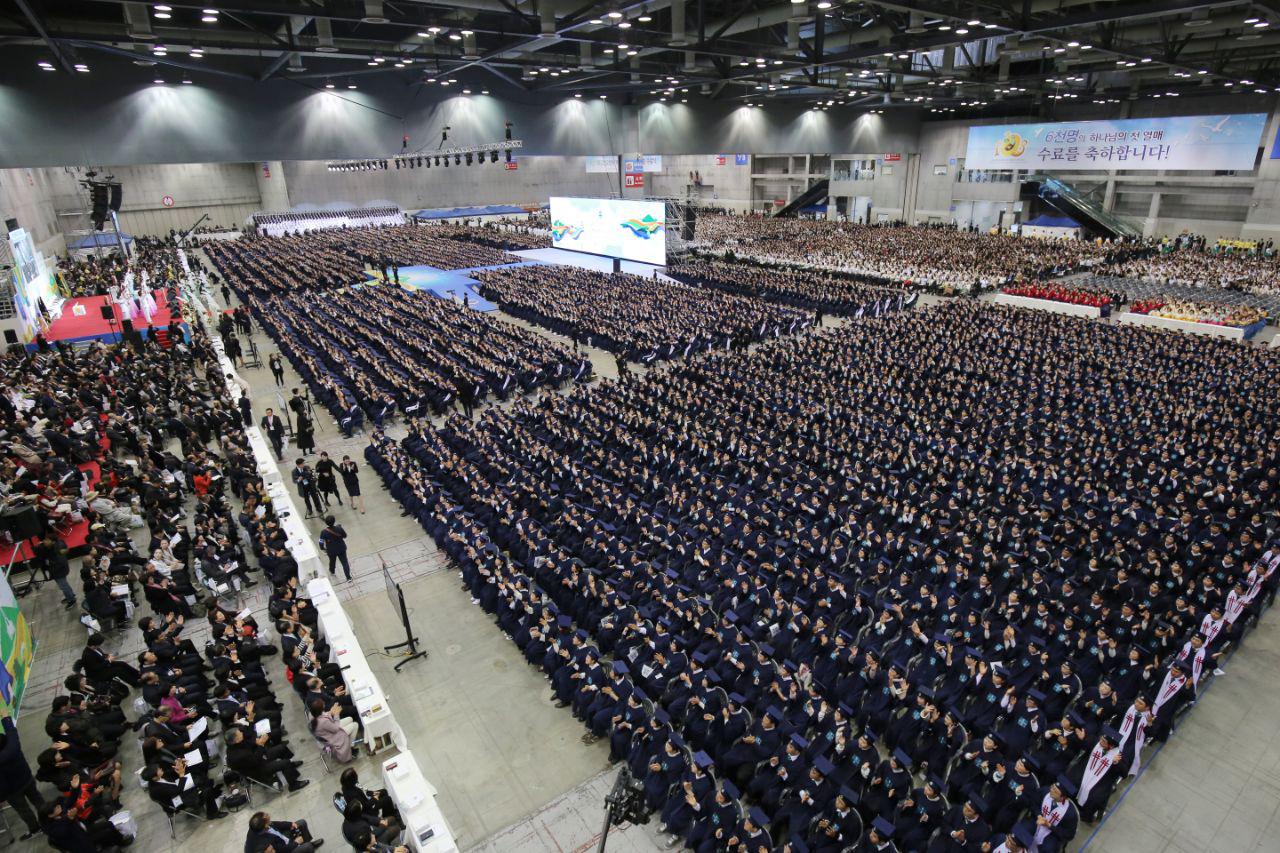 In just over a year, 100,000 people will graduate from an extensive bible study course provided by Shincheonji. This will be an unprecedented global phenomenon.

Due to the corruption and the secularization of today’s religious world, a great number of people are coming to Shincheonji to study the Bible and to fill their spiritual needs. Although there is a decrease in the number of people who identify themselves with a religion worldwide, there was this rare phenomenon of 100,000 people joining a church called Shincheonji, Church of Jesus, the Temple of the Tabernacle of the Testimony.

On 10 November 2019, Shincheonji will hold a graduation ceremony with 100,000 graduates who have completed a six-month bible study. This course is a prerequisite to becoming a registered member of the church.

The graduation will take place in the province of Gyeonggi-do with a total of 101,286 people who passed their graduation exam. Approximately 50,000 will be present in Gyeonggi-do and the rest of the graduates across Korea and internationally will participate through livestream broadcast.

Graduate candidate JiHoon Pak says, “In a traditional church, my spiritual thirst was not quenched.; However, in Shincheonji I was able to satisfy the thirst with the words of the Bible and understand a clear purpose of my life as a Christian,” and he continued on to say, “numerous people are leaving their churches due to the dishonesty and misconduct that is prevalent in many churches today, but Shincheonji helps believers to have a logical and a clear understanding of what it means to be reborn with the Word. Therefore, I chose to go Shincheonji.”

Since 1984, Shincheonji teaches revelation has been fulfilled. Despite the fact that this church is labeled as a cult, it is rapidly growing.

According to a survey of recent graduates, 95% of those who chose to come to Shincheonji did so because of the “excellent teaching” of the Scriptures. Shincheonji teaches the Bible from the book of Genesis to Revelation in half a year.

The graduation will be the starting point of Shincheonji’s continuous growth. One of the requirements to graduate is to evangelize. Therefore, there are currently at minimum of 100,000 people who are studying the Bible with Shincheonji. If Shincheonji continues to grow at this pace, then within 3 years, it will reach a million congregation members, and the landscape of the religious world in South Korea will be changed drastically.