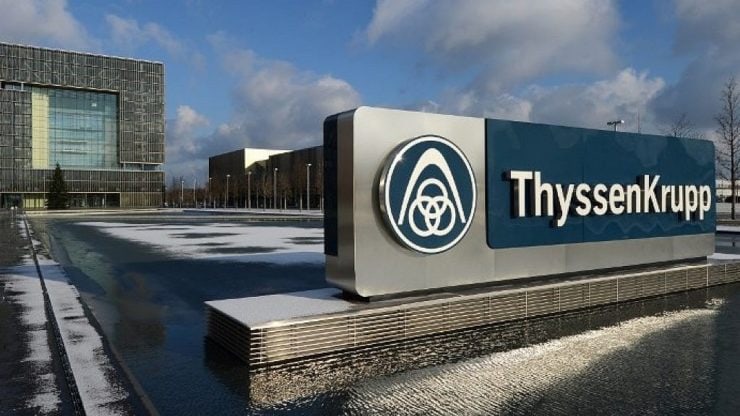 Shares of Thyssenkrupp AG (ETR: TKA) fell nearly 10% on Thursday after the embattled company said it will lay off 11,000 employees.

Thyssenkrupp is planning to cut 11,000 jobs, which amounts to about 10% of its entire workforce as the conglomerate struggles to stem losses. Thyssenkrupp said it expects an additional 1 billion-euro deficit for the current period.

During the year ending in September, the German industrial engineering and steel production company posted a 5.5 billion-euro ($6.5 billion), resulting in its decision to almost double the number of layoffs.

“We will have to move further into the ‘red zone’ before we have made Thyssenkrupp fit for the future,” said the company’s CEO Martina Merz. “The next steps could be more painful than the previous ones. But we will have to take them.”

The former industrial giant is now struggling to survive as its steel business faces serious challenges including large pension deficits and cheap imports from Asia. The company is expected to sell a number of its assets and announce a revamp.

Thyssenkrupp officials held discussions with potential buyers and merger partners for its steel business. The company also talked to the German government to try and secure an aid package of at least 5 billion euros.

The company sold its elevator unit earlier in 2020 for 17.2 billion euros in an effort to secure more time to revamp its other units. Thyssenkrupp now holds around 13.2 billion euros of cash and undrawn credit lines.

“The outlook for next year is still pretty dire,” said Ingo Schachel, senior analyst at Commerzbank.

Technical analysis: Another setback for bulls

Shares of the Essen-based company plunged nearly 10% to 4.43 euros on the Frankfurt Stock Exchange, amounting to over 60% net loss year-to-date. Unlike stocks of other companies, TKA is still trading near the lows as it struggles to recover from the pandemic. 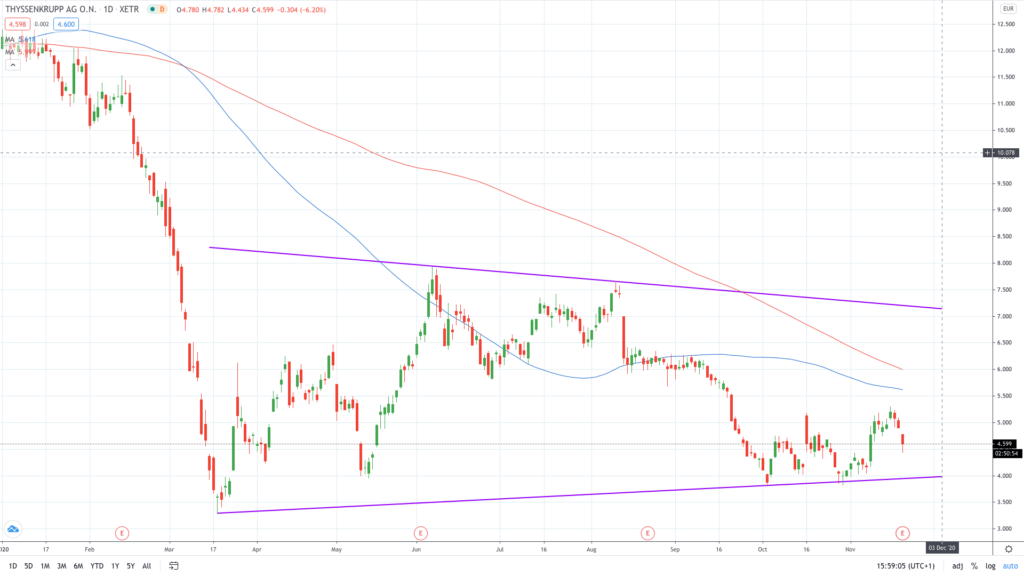 Thyssenkrupp share price has now erased a portion of its gains to trade about 12.5% higher in November. Stock hit an all-time low of 3.28 euros in March.

ThyssenKrupp said it will dismiss around 11,000 of its employees as the company strives to revive its businesses and secure an aid package from the German government.