On the occasion of the 2022 Chinese New Year, the largest and most well-attended ZGZG Chinese New Year Gala in the Bay Area, prepared by more than 200 local volunteers from high-tech companies and elite performers from various industries for half a year, welcomed an excellent dancer from China, Shi Haorou who conquered audiences throughout the Bay Area with a dance that blends Chinese and Western dance cultures and combines softness and vigor on January 15. Shi performed her new dance “Red Spirit”. After being selected through the audition and review, the work has been decided as one of the final Spring Festival Gala programs. 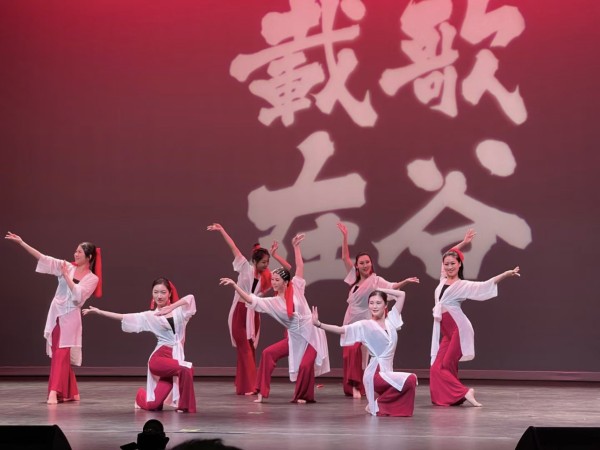 The tassels represent the red-tasseled spear, a Chinese traditional weapon. Inspired by the bright red tassels flaming at the head of the spear, the dance tells the story of ancient Chinese heroine Hua Mulan. The first part shows the softness and gentleness of Mulan embroidering and dancing at home before going to war, and the second part is Mulan picking up the red-tasseled spear to enlist in her father’s place, accompanied by the tight drumbeat heroically. The ending part is featured with the plot of sprinkling flowers, the finishing touch representing the gesture of triumph and also the lucky and auspiciousness that we want to pass on to everyone in the Lunar New Year.

Shi Haorou starts her career by learning from Chinese state-level actor Qiao Liang. She graduated from Beijing Dance Academy and obtained her master’s degree in Dance Art and Choreography from Mills College in the United States. She has participated in several major events and won many awards at home and abroad. 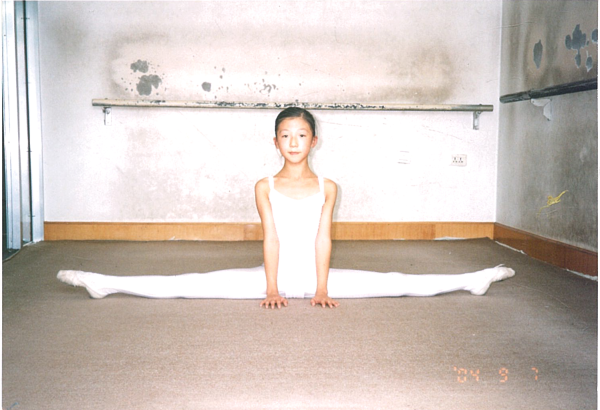 Shi Haorou has been participating in various performances in different countries since she was 10 years old. In March 2006, for instance, She performed the tap dance “Dance of the Great River” to welcome Nepal’s King at  the Heilongjiang Provincial Art School. In August of the same year, she participated in the dance “To the North” at the opening ceremony of China’s 4th Special Olympics. In September 2007, She participated in the opening ceremony of the International Film Festival in Blagoveshchensk, Amurskaya Oblast, Russia, with the large-scale dance program “Silk Flowers for Spring”, and in January 2008, she performed in the opening ceremony of the 11th Winter Games in China with the programs “Snow Deer” and “Crane”. In April of the same year, she was invited by the Culture Bureau of Heilongjiang Province for a cultural exchange with famous high schools in four cities of  Taiwan (Taipei, Kaohsiung, Hualien and Nantou ), where she performed “Drums of Drunken Daughters”, “Paper Cut Girl”, “Silk Flower For Spring” and “Pretty Flower Girl”. In 2011, she performed in the National Theater Performance Gala “Spring and Autumn”; in 2013, she staged the folk dance poem “Da mei bu yan” at Beijing Poly Theater; in 2018, she received the Dance Performance Award when she studied at Mills College; in 2019, she won first place for solo performance in the World Dance Competition organized by the Chinese American Dancers Association. 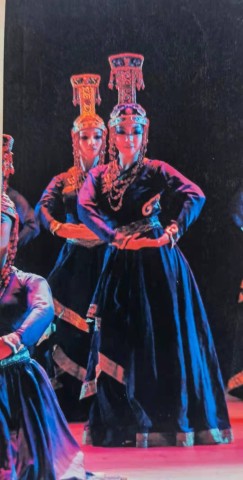 She has been invited by various art groups in California to perform, winning many awards and being featured by the media. The young dancer also receives Stanford University’s invitation to the Stanford Spring Festival Gala on January 29. 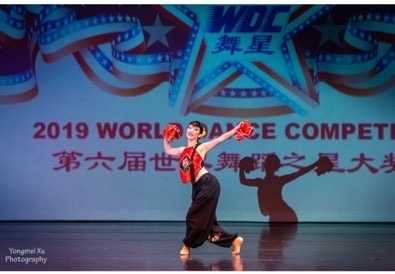 Imbibing the Chinese cultures and arts since childhood, Shi Haorou has laid a solid foundation in Chinese ethnic and folk dance. Meanwhile, Shi has also got a good understanding of Western dance cultures& arts through her two years of master’s dance studies. After she graduated, she has been blending Chinese folk dance elements with western modern dance, trying to innovate on top of the combinations. This has given her a “new joy” in dance. Shi hopes that she can be a “bridge” between the Eastern and the Western cultures, and that she can bring her creations to people all over the world.