Is RiceBran Technologies a Worthwhile Stock to Invest In?

By: StockNews.com
Specialty ingredient company RiceBran Technologies (RIBT) has plans to increase its Minnesota pearling mill capacity. And the stock has gained more than 90% in price this year. However, with the company’s bottom line in the red, will the stock be able to maintain this momentum? Read on to learn our view.

Recently, RIBT announced plans to double the capacity of its pearling mill at its MGI Grain Inc. facility in East Grand Forks, Minn., with the goal of meeting the growing demand for North American-sourced grain-based ingredients. The company reported spending less than $500,000 on the upgrades, which are expected to be completed later this summer season. 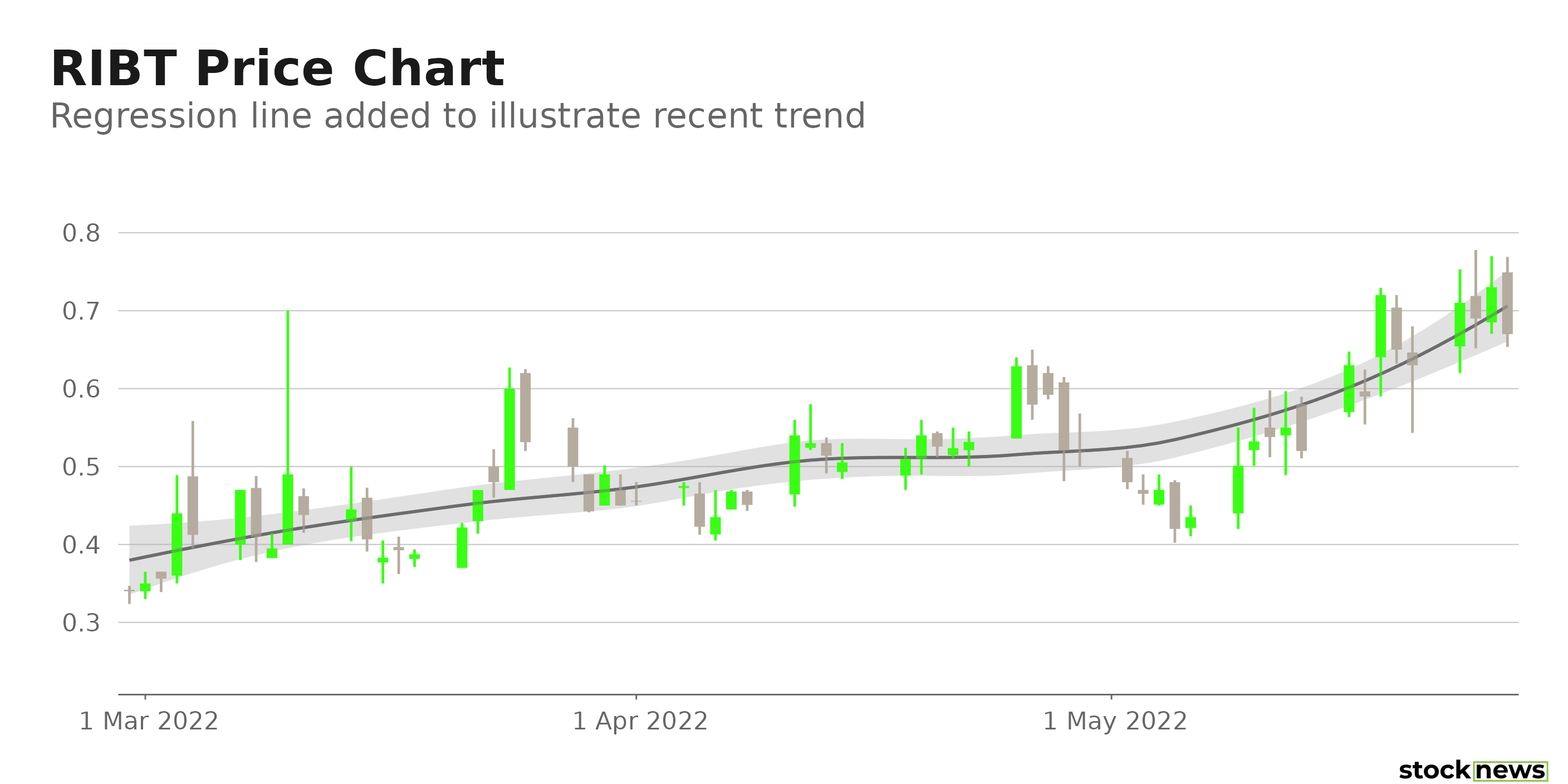 Here are the factors that could affect RIBT’s performance in the near term:

RIBT’s POWR Ratings reflect this bleak outlook. The stock has an overall D rating, which equates to Sell in our proprietary rating system. The POWR Ratings are calculated by considering 118 distinct factors, with each factor weighted to an optimal degree.

RIBT has a Quality grade of D, which is in sync with its bleak profitability margins. The stock has a C grade for Sentiment. This is justified because its negative $0.03 consensus EPS estimate for the quarter ending June 30, 2022, indicates  a 25% year-over-year improvement. However, its $8.31 million consensus revenue estimate for the same quarter reflects a 1.9% decrease from the prior-year period.

View all the top stocks in the Food Makers industry here.

Although the company generated revenue growth in its last reported quarter, its bottom line remains bleak. Furthermore, while its EPS is expected to improve in the current quarter, it is expected to remain negative. And its topline is expected to decrease. Also, considering its negative profit margins, I think the stock might be best avoided now.

How Does RiceBran Technologies (RIBT) Stack Up Against its Peers?

About the Author: Anushka Dutta

Anushka is an analyst whose interest in understanding the impact of broader economic changes on financial markets motivated her to pursue a career in investment research.

The post Is RiceBran Technologies a Worthwhile Stock to Invest In? appeared first on StockNews.com
Data & News supplied by www.cloudquote.io
Stock quotes supplied by Barchart
Quotes delayed at least 20 minutes.
By accessing this page, you agree to the following
Privacy Policy and Terms and Conditions.