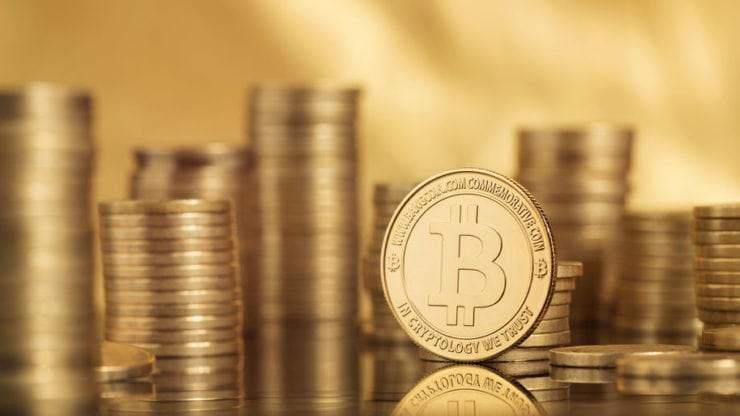 Bitcoin (BTC/USD) price is trading over 3% lower today after the buyers failed to stay above the $11,000 mark. One of the potential factors behind today’s selloff could also be a move lower in equities as investors fear that the second coronavirus wave is coming.

Bitcoin miners sold large amounts of BTC over the last two months, according to the latest data.

It seems that some miners started selling Bitcoins at the end of July, boosting the selling pressure in the crypto market. As a result, Bitcoin dropped sharply from mid-August, experiencing a 13% drop and has struggled to hit the $12,000 mark ever since.

Willy Woo, an on-chain analyst, said miners are one of the two external sources of selling pressure for BTC.

However, Ki Young Ju, the Chief Executive of CryptoQuantm said the sell-off isn’t powerful enough to stop a bull run.

Miner Update: Some miners began selling at the end of July, but I think in the long-run, miners didn't sell $BTC large enough to stop the next bull-run.https://t.co/X0Uf3Sfzck pic.twitter.com/pHrmaylPyz

If miners unexpectedly sell a substantial amount of Bitcoin, it could result in an extreme correction as a small price change could provoke liquidations from traders with high leverage. Therefore, even a small selling pressure from miners could technically trigger significant price swings.

Bitcoin price has lost over 3% in value today as the sellers take back control of the price action. Buyers launched an attempt to clear the resistance line around $11,000 with little success. The price action rotated lower as equities around the globe also turned south as well on growing concerns related to the second coronavirus wave. 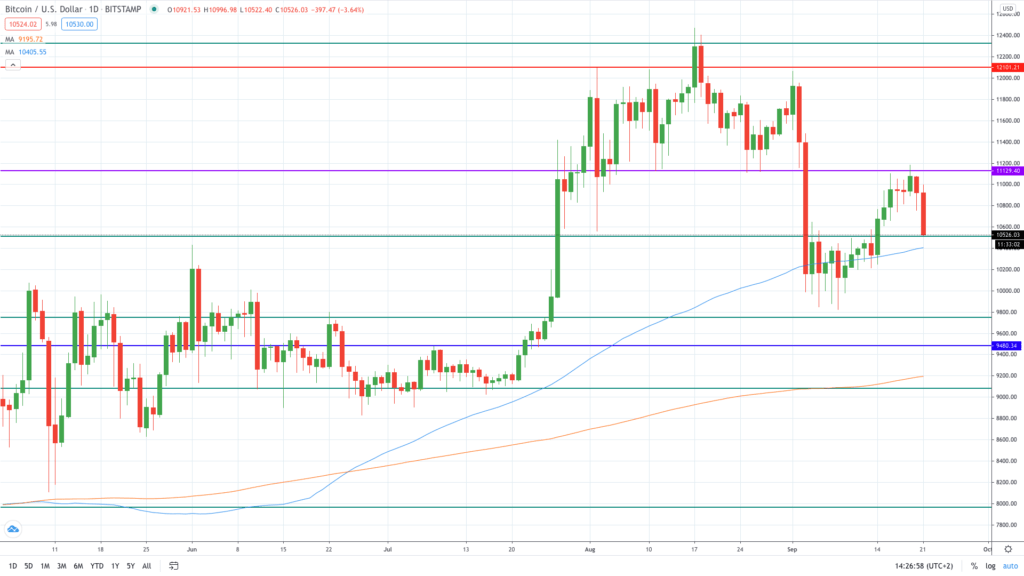 Price movements are now approaching the key intraday support at $10,500, consisting of the horizontal support line and the 200-DMA at $10,400. This zone offers a solid opportunity for day traders to buy BTC and hope for another push higher towards $11,100.

Despite the fact that Bitcoin miners sold large amounts of Bitcoin since the end of July, on-chain analysts think that the selling pressure isn’t powerful enough to prevent a bull run. In the meantime, Bitcoin is moving towards a “buy zone” around the $10,500 handle.