Bitcoin (BTC) price could hit $12,400 next week on this chart pattern 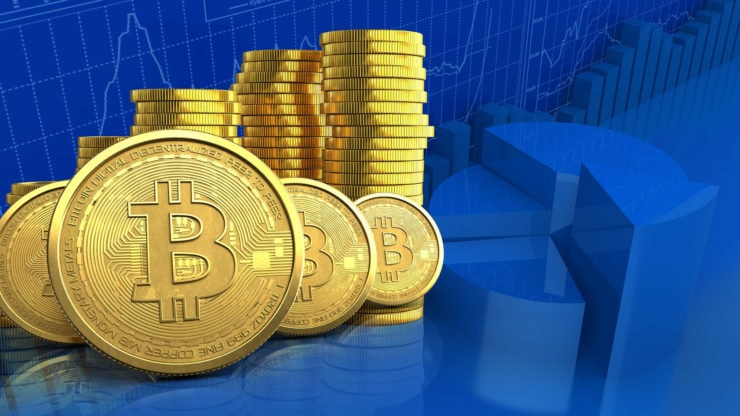 Although still a work in progress, Bitcoin (BTC) price has created a bullish chart pattern that could potentially take the world’s largest digital coin to above $12,000 in the coming days. Elsewhere, a former Goldman Sachs executive believes BTC could trade at $1 million in 5 years.

Raoul Pal, the founder of the media company Real Vision said such a surge in BTC price could happen if a number of institutional funds inject “an enormous” amount of money into the cryptocurrency.

The world’s largest cryptocurrency had a great year and advanced around 40% since the start of the year, hitting $11,387 yesterday. Bitcoin’s current market cap is standing at around $200 billion.

“Just from what I know from all of the institutions, all of the people I speak to, there is an enormous wall of money coming into this,” Pal said in an interview with Stansberry Research.

“It’s an enormous wall of money — just the pipes aren’t there to allow people to do it yet, and that’s coming. But it’s on everybody’s radar screen, and there’s a lot of smart people working on it.”

He also said that the global economy is nearing the “insolvency phase” as the recovery process from coronavirus is progressing much slower than expected.

“The economy’s not going to recover for a lot longer than we expect,” Pal argued. He emphasized the lack of stimulus and pointed to upcoming challenges all around the world.

“And businesses don’t have enough cash flow. They’re closing in droves. And that’s what I called the insolvency phase,” he said.

Pal said the only efficient response to the current crisis “is more from the central banks, so that’s why I started to buy more and more bitcoin.”

Until recently, Pal’s portfolio was quite diversified, with his assets being evenly distributed among dollars, gold, equities, and bitcoin, Cambone said. According to him, he now holds more than 50% in Bitcoin.

Bitcoin (BTC) price trades about 1.5% lower today as it stays mostly unchanged on the week. This is a positive for the bulls, who managed to secure gains of 6.59% last week. 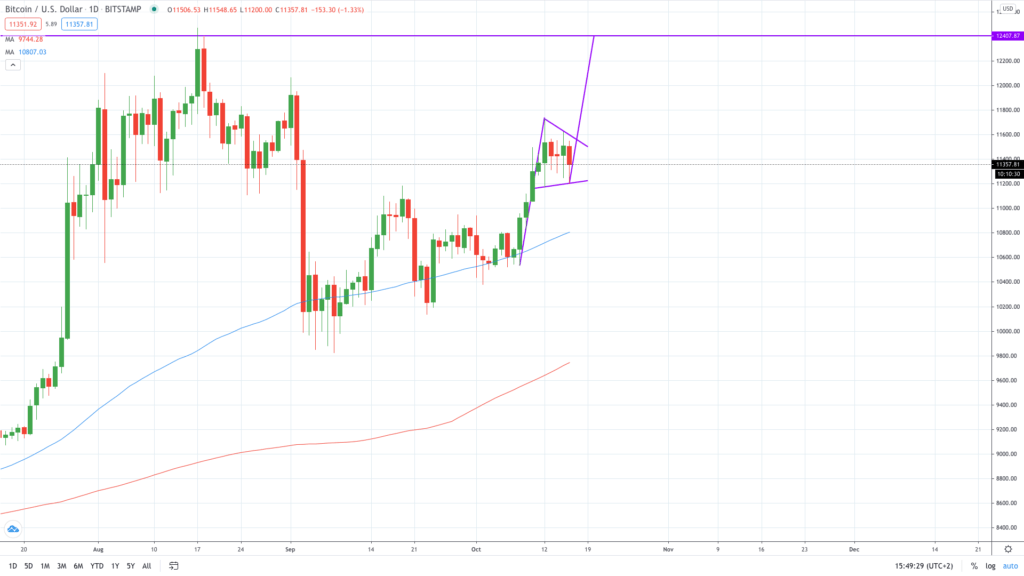 The latest consolidation is taking place in the form of a pennant, with a break above $11,600 activating the bullish pennant chart formation. In this case, the Bitcoin investors will be targeting a trip to $12,400.

Raoul Pal, founder of Real Vision and previous hedge fund manager at Goldman Sachs said the price of Bitcoin could hit up to $1 million over the next five years. Separately, Bitcoin price has created a bullish pennant that aims for $12,400 in the coming days.

The post Bitcoin (BTC) price could hit $12,400 next week on this chart pattern appeared first on Invezz.