Airline Pilot Herb Jackson Jr. Takes Flight as he Ventures Into the World of Entertainment 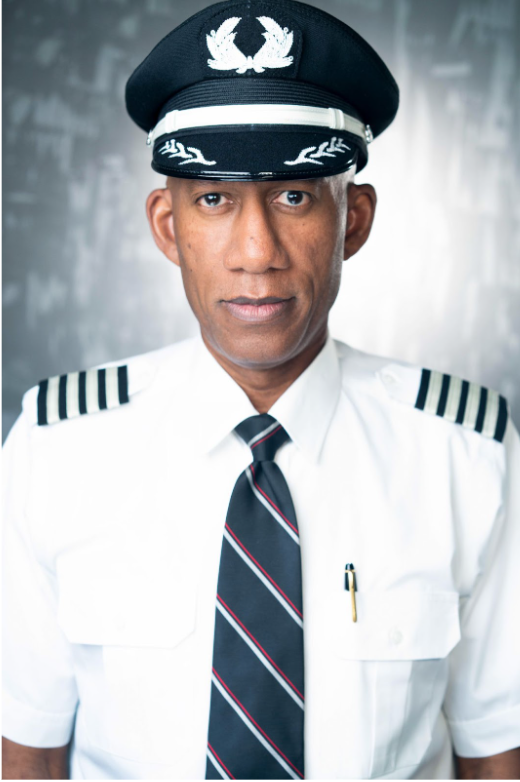 For many people with established careers, the idea of pursuing a new way of life, a new career, always seems as far-fetched as the fear of the unknown looms. However, one individual who is not afraid to start afresh and pursue his passion is Herb Jackson Jr, an accomplished Boeing 737 Captain now pursuing his passion in the entertainment industry as an Arizona-based actor and model.

Herb Jackson Jr. is an accomplished Boeing 737 Captain for a major US airline and has flown over 16,000 flight hours. Although he loves being in the air, the pilot has decided it is time for him to stay on solid ground and follow his dreams of entertaining the world, so he ventured into the world of entertainment.

To get started, he enrolled in acting classes at the Arizona Actors Academy in Phoenix and has completed courses in TV and print modeling. He has now made appearances on the Channel 12 Arizona Midday show and as well as being cast in several local commercials. He is also a guest host on Pop Fuzion TV, where he hosts the “All Things Trending” segment.

Additionally, this trailblazing go-getter is the producer and host of the podcast “5 Minutes with Herb: From the Flight Deck to your TV set.” On the five-minute podcast, Herb invites inspiring and motivational guests from all walks of life to share their stories with the audience. “We aim to be the best five minutes of your day,” he shared.

Although Herb is now venturing into the entertainment world, it does not mean that he is forever putting his love of flying aside. On the contrary, Herb loves being in the air, but it is time for him to branch out and follow his alternate dreams of entertaining the world.

In an interview, he shared his motivation for building his brand as an entertainer. He said, “the realization that we all are our own “brand.” Might as well help shape the narrative and have control in the economics of branding.” He is also motivated to create generational wealth. He discovered that diversification and adding multiple streams of income are vital to building long-term wealth that can withstand the ebbs & flows of the economic cycle.

In the coming years, Herb Jackson Jr. aims to reach new milestones in his career as an entertainer. I plan to be a series regular on a hit television show in five years, and of course, I will still be flying planes, mainly to the Hawaiian islands,” he shared.

Herb Jackson Jr. hopes to inspire the younger generation, millennials and Gen Z, looking for examples of those who have gone out on their own and made their dreams come true. “My story is one of perseverance, overcoming obstacles, and never taking no for an answer. Those qualities still apply today as I work towards becoming a working actor and creating my line of apparel,” he shared.